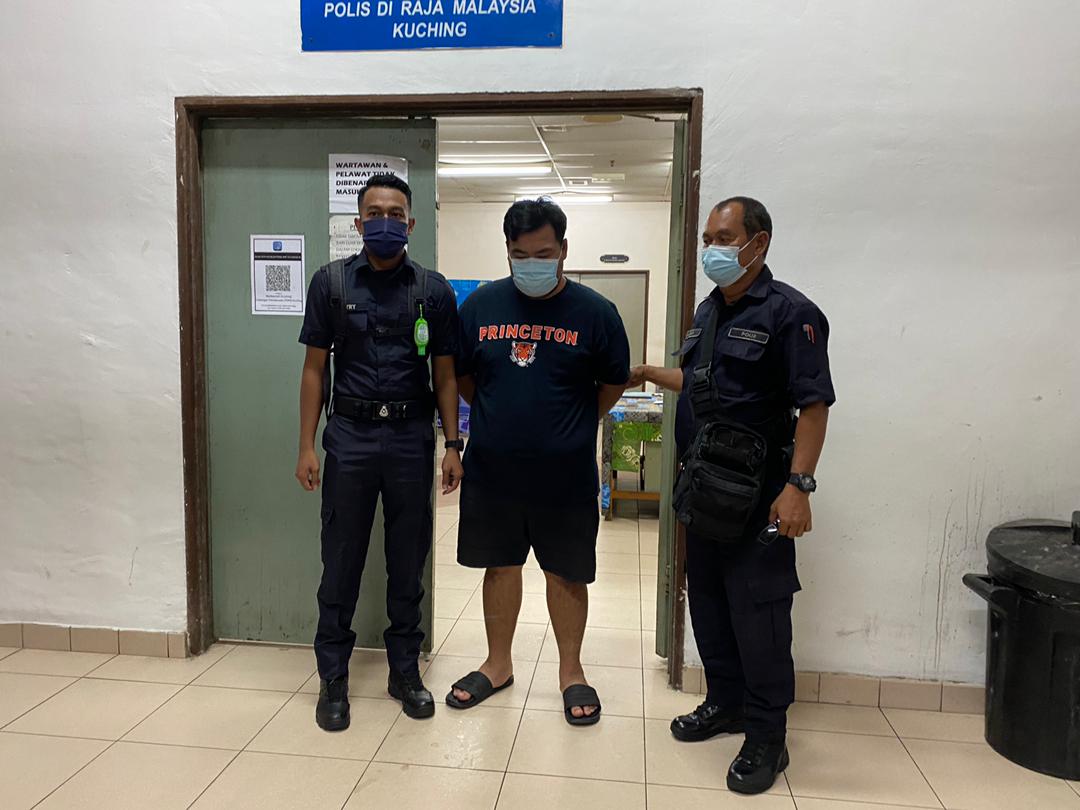 Zaki leaves the courtroom after being charged with drug trafficking. Photo by Hafizah Abdul Hamid

KUCHING (Aug 26): A 25-year-old man was charged in the Magistrates Court here this morning with drug trafficking under Section 39B(1)(a) of the Dangerous Drugs Act 1952.

The Section provides for the death penalty or imprisonment for life with not less than 15 strokes of the rotan.

Zaki Haziq Bahron only nodded when the charge was read to him in front of Magistrate Syarifah Fatimah Azura Wan Ali, who set Sept 27 for further mention of the case and submission of the chemists report.

As Section 39B(1)(a) of the Dangerous Drugs Act 1952 is a non-bailable offence, Zaki was further remanded at the Puncak Borneo Prison.

According to the charge, Zaki was arrested after he was allegedly found to be in possession of 6.4kg of syabu in a parked car at Jalan Hup Kee, here around 1.30pm on Aug 15.