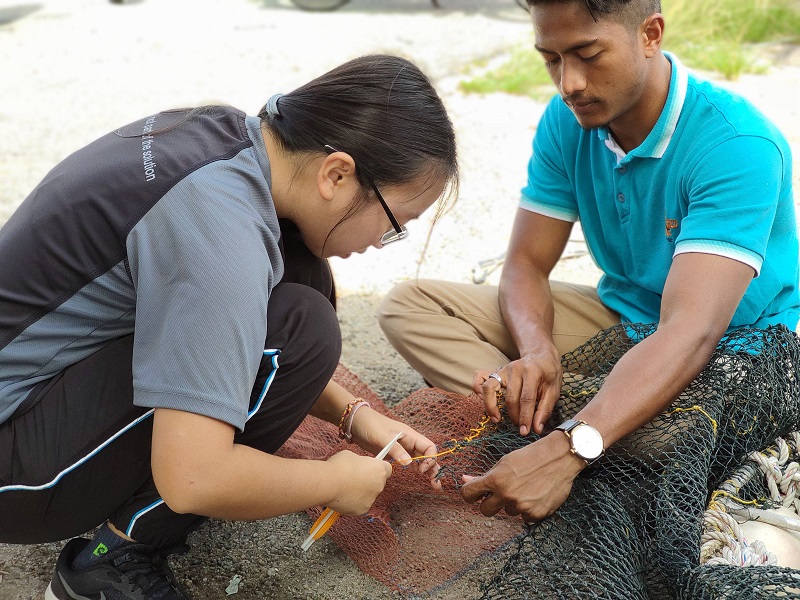 KOTA KINABALU: A young researcher working in Sabah is hoping to make significant inroads into shark and ray conservation in Sabah with the help of local fishermen.

Ho Kooi Chee, who hails from Kuala Lumpur and works for Marine Research Foundation (MRF), is trialling a remote electronic monitoring system on fishing boats that will enable improved shark and ray data collection in Sabah.

Although Sabah is well known for shark and ray sightings – including rare species such as manta rays, scalloped hammerheads and whale sharks there are knowledge gaps about population sizes and distribution, as well as scarce data from outside of Marine Parks.

Most of the data collected about sharks and rays comes from fish market surveys – recent surveys by Universiti Malaysia Sabah (UMS) show near-daily instances of shark and ray landings at major fish markets around Sabah.

Kooi Chees project will fill in some of these knowledge gaps through the innovative use of solar-powered GPS-linked camera systems on fishing vessels to record catch when it is first brought on board.

Kooi Chee said: For the fishermen we work with – those on small-scale and industrial-scale fishing trawlers sharks and rays are not the target capture. They are bycatch – hauled on board with the fishermens primary catch.

The GPS-linked cameras record the location and timing of captures of the different sharks and rays, along with the rest of the catch. The images of the landings are recorded as they are brought on deck, enabling identification to species level. The cameras being GPS linked can thus provide accurate location and time-stamp data for each capture, meaning that we would know exactly when and where each species is being caught in space and time. 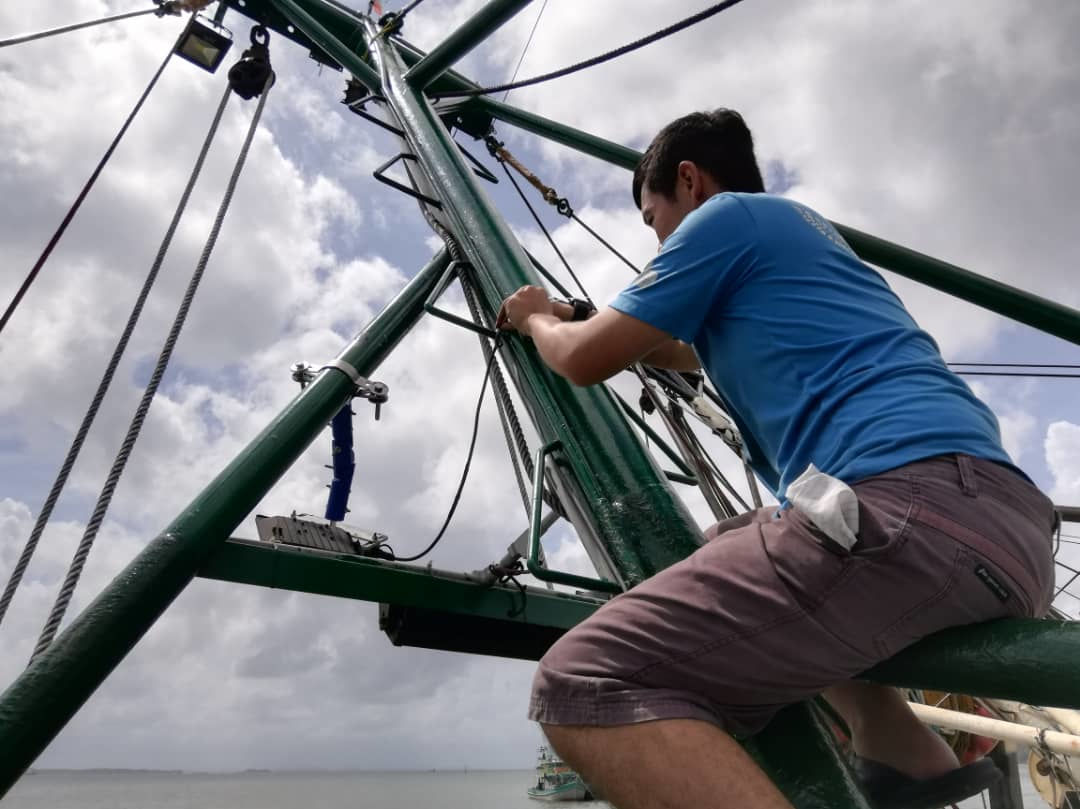 Installation of cameras high up on the boats can be difficult.

The information gathered from this project will be of great value in providing a clearer picture of shark and ray diversity and habitat use in Sabah waters. For example, a lot of pregnant females are documented from fish markets around the State, but there is minimal information on important shark and ray pupping grounds and nursery grounds. These areas could be identified by the cameras Kooi Chee is using.

Kooi Chee explained, Not only will this provide more information about sharks and rays captured in Sabah waters, it could also potentially aid conservation efforts for some species. For example, knowing the location and time for the capture of each species may enable us to provide solutions for shark and ray conservation, due to the importance of these species to the greater marine ecosystem.

Conservation efforts for sharks and rays are of paramount importance because captures worldwide – whether targeted or accidental – have led to drastic population declines with many shark species driven to the brink of extinction.

Sharks are apex predators in the oceans, responsible for shaping marine ecosystems for over 400 million years. Indeed, shark predation is responsible for many behaviours that fishermen are reliant on such as schooling behaviour, as well as removing sick fish that could be detrimental to fish populations as a whole.

With appropriate conservation interventions, Sabah waters could become a safe haven for many species whose numbers have been decimated worldwide.

This could make Sabah a model for shark conservation worldwide, as well as ensuring healthy seas and food security for years to come.