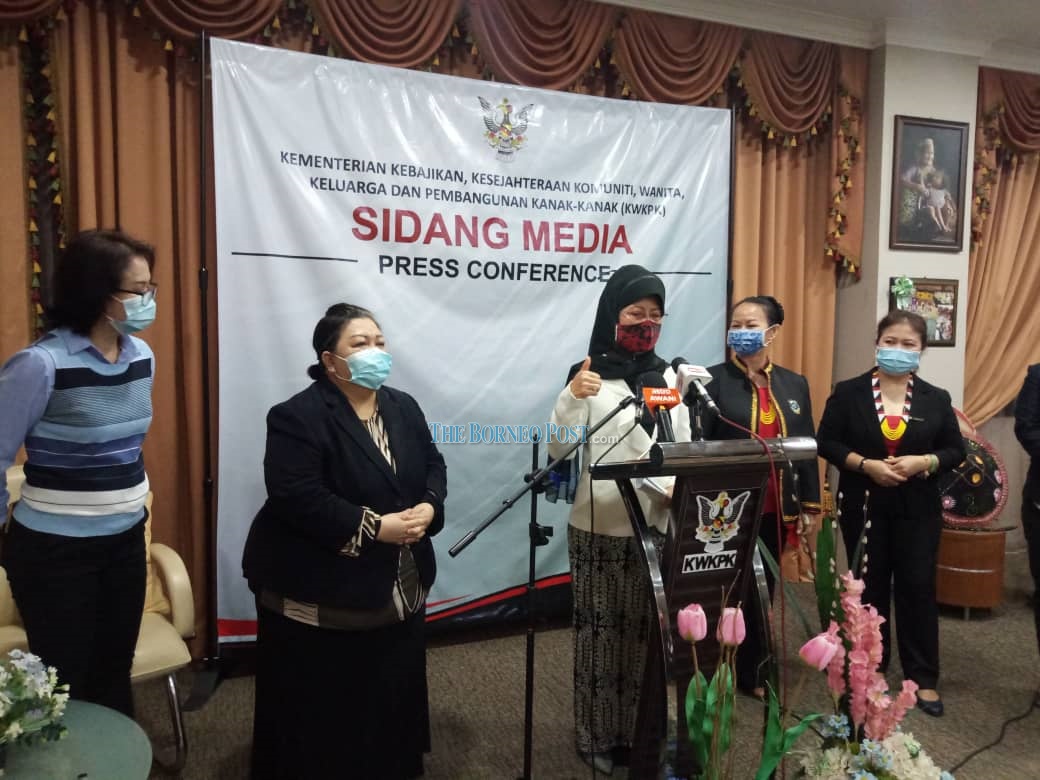 Fatimah flashing a thumbs-up during the press conference.

“More often than not, our hope is that there will be no reduction in the number of women candidates in any election. And if the number cannot be increased, at least it should be maintained.

“What’s more, the impact will not be clear to us as a coalition if only one component party is involved.

“So it would be better if every component party of GPS, Parti Rakyat Sarawak (PRS), Sarawak United Peoples’ Party (SUPP) and Progressive Democratic Party (PDP) have an increase in women candidates who could deliver,” she said.

She made these remarks during a press conference after receiving a courtesy call from the Dayak Bidayuh National Association (DBNA) Women Section at her office at Bangunan Baitulmakmur here today.

When prompted for her thoughts about the 12th state election and 15th general elections (GE15) being held concurrently, Fatimah said she believed the chief minister and the prime minister would make the best judgments for the people and the country.

She felt that there would definitely be advantages as well as challenges if both state and general elections were to be held together, given that Sarawak had never had its state election held alongside the general elections.

“Which means that if this happens we need to educate and give lots of explanations to the people on how this process is done.

“Because usually there is only one ballot box, but if both state and general elections are held together, there will be two ballot boxes and two ballot papers to cross.

“New things like this need to be clarified so that voters, especially senior citizens and new voters are not confused,” she pointed out.

Asked whether the PBB Women wing would be at the grassroots level to help with the election campaign in Sabah, Fatimah said such matter had not been discussed.

She added that their focus was now on Sarawak and its machinery implementing various programmes in the state.