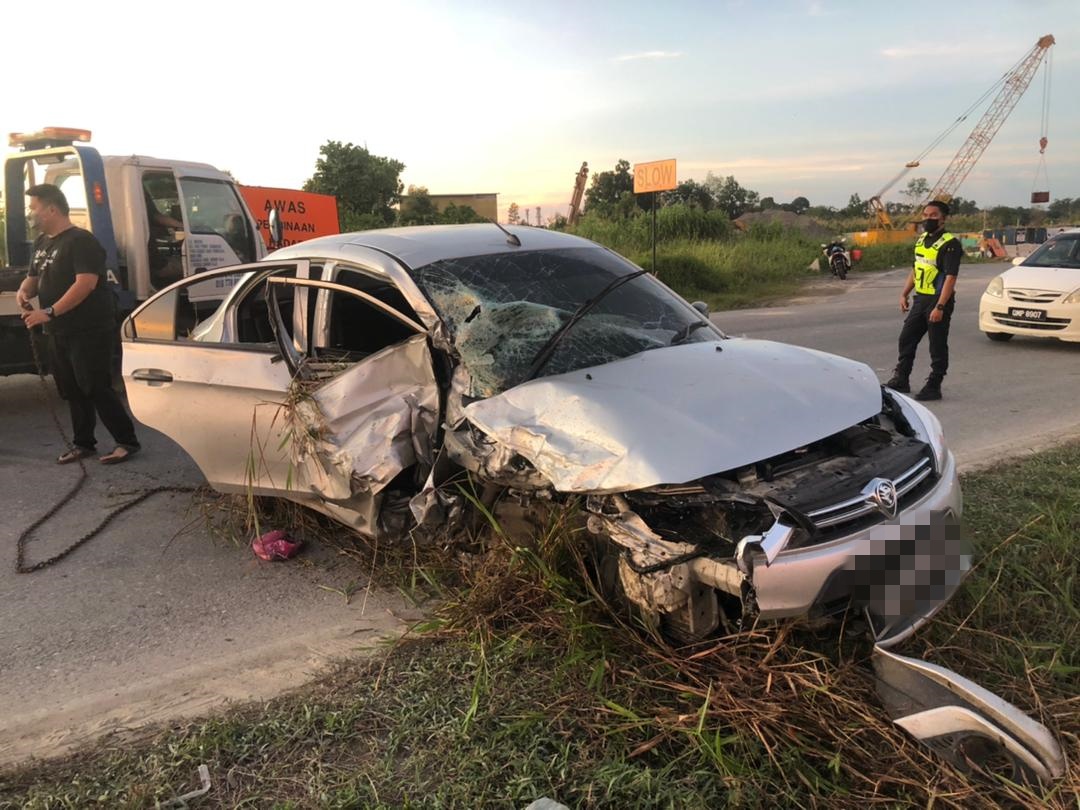 Police photo shows the victims car at the scene of the crash.

The victim was among three passengers in a car driven by a man, travelling towards Marina Square when the accident occurred around 4.50pm on Nov 20.

Their car is believed to have gone out of control and crossed into the opposite lane where it collided with an oncoming vehicle, he said.

He said Langadai, the two other passengers aged 71 and 84, and the 52-year-old driver all sustained serious head and body injuries and were sent to Miri Hospital.

The driver of the other vehicle was not injured in the collision, he added.

The case is being investigated under Section 41(1) of Road Transport Act 1987.