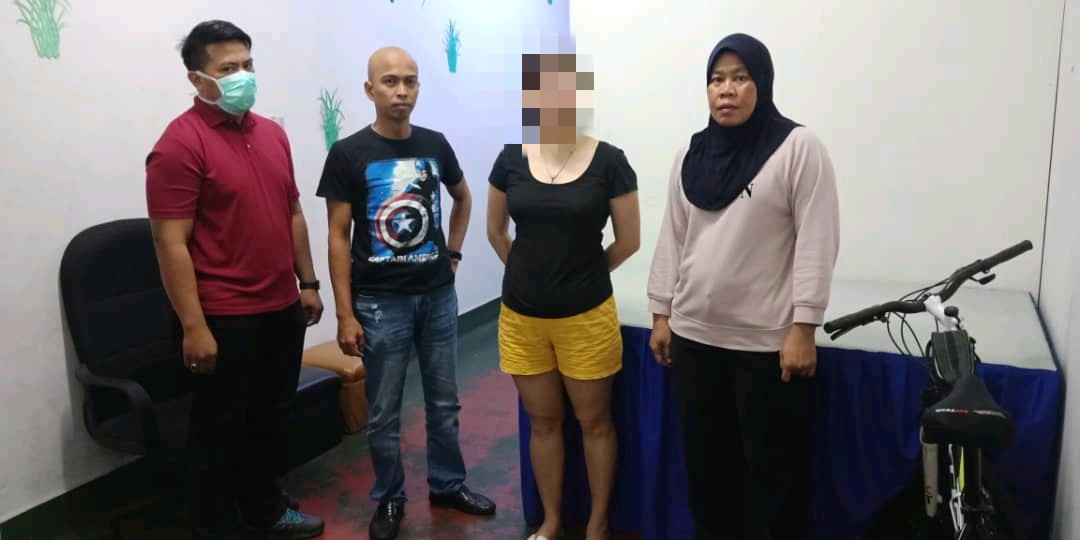 The suspect (second right) being taken to the Kuching District Police Headquarters this morning.

LIMBANG: A female cook hailing from here was detained in Kuching for posting the threatening words: ‘awak pergi bom kuarters polis untuk membangunkan mereka‘ (you go bomb the police quarters to wake them up) on her friends Facebook (FB) page on Thursday.

“The suspect was replying to made by other Facebook users after questioning the role of the police in dealing with Covid-19 (Coronavirus Disease 2019) in Limbang,” he said in a statement today.

He added that the comment had been taken deleted from FB page. However, an investigation conducted showed that the suspect admitted to using her handphone while posting the .

“The suspect also pleaded guilty to uttering the threatening words but said that she was joking and had no intention of causing threats or anger towards the police or any other party,” he said.

The case is being investigated under Section 506 of the Penal Code and Section 233 of the Malaysian Communications & Multimedia Commission (MCMC) Act 1998.