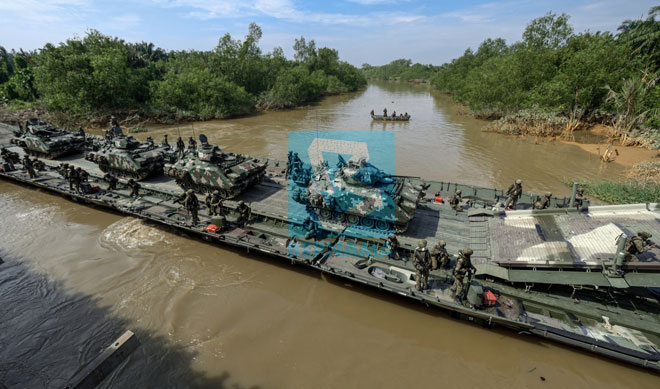 LUMUT: The Warrior Exercise, which combines all three Malaysian Armed Forces (MAF) branches was carried out from Oct 24 to Nov 7 to strengthen the countrys defence strategy.

The exercise also demonstrated the use of MAF assets and the militarys ability to always be in a state of readiness to safeguard national security and sovereignty.

Many other exercises are being carried out in other places such as in Gemas, Negeri Sembilan; Mersing in Johor as well as in Sabah and Sarawak, he said when met by reporters after witnessing the Rocket Artillery Brigade Static Exhibition at Wisma Samudera, the RMNs Lumut Base yesterday.

Mohamad said they also sought to keep the people informed on the MAFs duties and role in maintaining national security.

It is our responsibility to keep the people informed including through the media especially television all the time and thank God the people are beginning to be sensitive about this, he said.

He said the publics awareness was evident when the Warriors Fund 2019 campaign organised by the Department of Veterans Affairs managed to raise up to RM10 million exceeding its initial target of RM6 million.

The campaign, which began in August, showed the peoples awareness and appreciation of the military veterans who served the country.

Meanwhile, commenting on the delay in the delivery of the six Littoral Combat Ships (LCSs), Mohamad said they were in the final stages of discussion on the project.