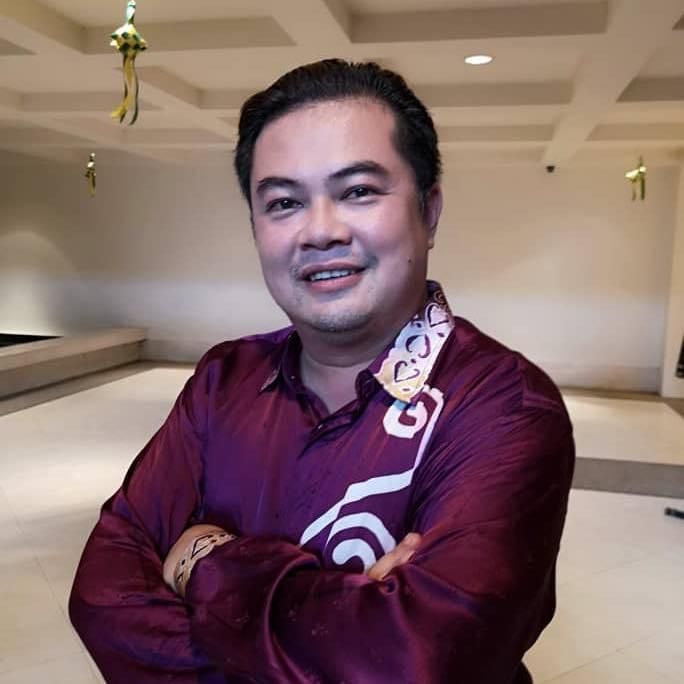 KOTA KINABALU: Parti Warisan Sabah reiterated its readiness to partake with the Malaysia Agreement 1963 (MA63) Committee but provided the State Government and all involved shall be firm, not retreat nor be submissive to the Federal Government.

The party stated this while extending appreciation to the Secretary General of Parti Bersatu Sabah (PBS), Datuk Joniston Bangkuai over his invitation to Warisan Sabah Deputy President Datuk Darell Leiking to work together in finding solutions to the remaining four outstanding MA63 issues.

Former Senior Private Secretary to the former Minister in the Prime Minister’s Department, Ben Mansul, said that the invitation by Bangkuai to Leiking implicitly depicts that additional help is sorely needed to complete the remaining four MA63 issues on the part of the reappointed Sabah and Sarawak Affairs Minister, Datuk Seri Dr Maximus Ongkili, to assert Sabah’s and Sarawak’s inherent and fundamental rights within the Federal level.

We await your official invitation and determination to finally complete the four outstanding MA63 Issues so as to wholly complete all 21 MA63 issues which (upon completion of all 21 issues) will entail amendments/ corrections to the Federal Constitution and repeal and amendments of certain laws such as the Territorial Sea Act 2012 and related statutes amongst others. 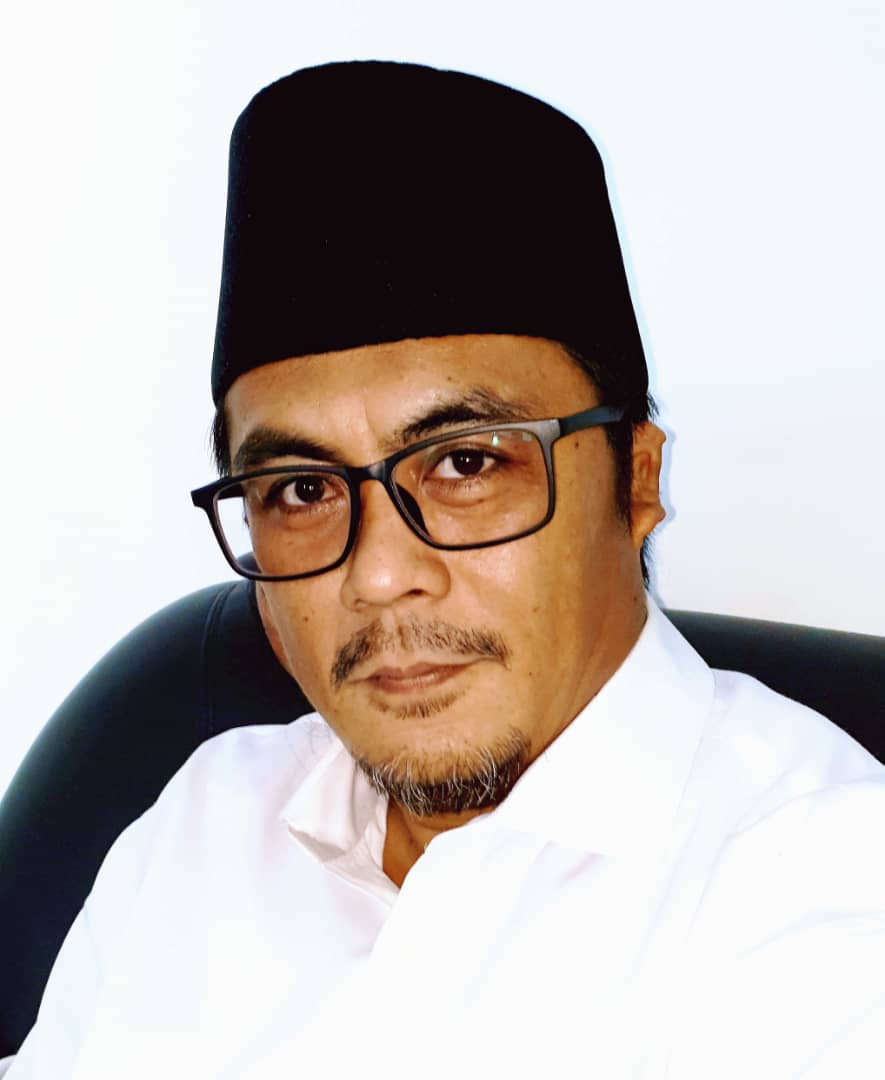 When the Late Datuk Liew Vui Keong was appointed to oversee and chair the secretariat of the MA63 Cabinet Committee (now a specific portfolio tasked to Ongkili (Minister in the Prime Minister’s Department), he Liew) immediately worked his way on the MA63 Committees and through the assertiveness shown by Datuk Seri Shafie Apdal as the Chief Minister and support by Datuk Darell Leiking as a Federal Cabinet member and other MA63 activists in the likes of Tuan Zainnal Ajamain, the then MA63 Cabinet Committee had resolved 17 out of the 21 pertinent issues on MA63 within 19 months more or less during the PH-Warisan Federal Government, he said in a statement yesterday.

It is pertinent to note that Datuk VK Liew was appointed as the Minister in the Prime Minister’s Department (Parliament and Law) only in July 2018 and subsequently served the Federal Cabinet right until February 22, 2020 (a good 19 months as a Federal minister).

Sabahans will forever be indebted to Liew for his impeccable focus and also to Shafie and Abang Jo (Sarawak Chief Minister) for their charisma, assertiveness and ability to navigate through the myriad of political mazes in Putrajaya.

It is my opinion and belief that no present leaders in the GRS could wade through and while Bangkuai is adamant in his belief that the 17 issues are ‘incomplete matters that were in principle were only agreed to by then PH government,” he conveniently omitted the fact, or was it that he may not have the security clearance from the Federal Cabinet on the real outcome of the 17 MA63 issues, from Sabahans that these issues would surely have seen its full completion and realization (all 21 issues) during the remaining three years (2020-2023) had it not been for the infamous Sheraton Move that took place and toppled the Federal PH-Warisan Government which in turn, allowed Ongkili to take in place Liew’s specific duties under the MA63 Cabinet Committee.

I’d love to see Bangkuai say the insignificance of the 17 resolved issues to one of Sabahs leading authorities of MA63, Zainnal Ajamain, right to his face and see what the reaction of the latter would be.

So in all fairness, it is a fact that it has been 17 months now since March 2020 when Ongkili was appointed to a specific Ministry of Sabah and Sarawak Affairs and yet he (Ongkili) has not resolved or at least made public at what stage is the remaining four unresolved and yet important MA63 issues that Liew had helped to sort out for him as a start. It is also pertinent to mention that Ongkili has only one specific special task (the Minister of Sabah and Sarawak Affairs) in comparison to Liew who, during his tenure, never enjoyed the comfort of relaxation since he also had to oversee several controversial parliamentary acts/bills and issues brought up by Umno/BN back then as the de-facto Federal Law Minister.

So I cannot help but to feel amused to see Bangkuai’s portrayal of magnanimity within the Sabahans when he downplayed the significance of the 17 resolved issues during the PH-Warisan Federal Government, when at the same time, he himself by his invitation, implied that Ongkili needed support from Leiking and hopefully more others on the remaining unresolved issues of the MA63 – since the Federal/State discussion on MA63 has always centred on the ’21 MA63 issues’ even when the then Perikataan Nasional took over the Federal Government in March 2020, then I take it that the ‘unresolved issues’ quoted by Bangkuai would definitely and effectually refer to the four remaining unresolved issues that Liew had earlier on sorted out for Ongkili.

In fact, Ongkilis deputy, Hajjah Hanifah Hajar Taib, had affirmed through a reply at Parliament to Darell Leiking that the unresolved issues were in fact the four outstanding issues. We are ready to extend Bangkuai the written reply mentioned.

So in a gist, Bangkuai should also assist Sabahans and Sarawakians as well as all Malaysians as to how he is confident that the 17 MA63 issues had not been resolved when Ongkilis own deputy minister had revealed that the matter is presently under the Official Secrets Act despite a Sarawak state minister denying that it was a secret.

Bangkuai will indeed do Sabahans a great service to urge Ongkili to reveal the entirety of the discussions and stage of progress of the 21 MA63 issues more so on whether the remaining four issues pertain to TSA2012, the Continental Shelf Act, ownership of the Hydrocarbon and the Quantum of the Cash Payment under PDA1974 are impeding the entire completion of the 21 MA63 issues.

But since we are all Sabahans and should help each other, then we at Warisan will definitely accede to and oblige his (Bangkuai) request Ongkili can always instruct his officers to invite us all in assisting Ongkili on the remaining four unresolved issues and how to navigate through the political mazes in Putrajaya, he said.

Meanwhile, Wira Warisan Exco Norazmi Alimat said that Bangkuai should see the challenge made by Leiking to Ongkili in a positive note and for the goodness of all Sabahans.

Bangkuai should look at the challenge as a motivation to move Ongkili out from his comfort zone and strive to complete an arduous task, especially when 3.9 million of Sabahans are watching and waiting for him to deliver what he was tasked to do since March 2020 and what we all have been talking about for more than three decades now.

In fact, the challenge from our deputy president to Ongkili complements well with the 100 days performance warning issued by the Prime Minister, Ismail Sabri to all his ministers – in this case, Darell is merely giving the specifics in accordance with the state of nature which Ongkili is expected to deliver within 100 days i.e. as the Minister of Sabah and Sarawak Affairs.

For a long time now, Sabahans have been taken in for a ride by leaders from Peninsular who have been issuing promises after promises on MA63, this is more so whenever elections are around. The most notable recent promise was made during the Kimanis by-election last year by the president of Umno, Zahid Hamidi, to wholly restore MA63 immediately once they get back in power to the thunderous claps and shouts of GRS leaders and members who supported the campaign rally.

We are all Sabahans but it doesn’t mean that we will trade our priority for short-comings or incompetency on the part of fellow Sabahan leaders holding a Federal ministry just because of the usual mitigative propaganda of ‘kita semua sama-sama Sabahans ba’ – this slogan is effectually applicable when we want to be merry but not when it relates to matters that concern the future of our children and grandchildren, more so when we have seen it how the historical district of Kota Marudu has been downgraded to become the poorest district in Malaysia despite it has been a bastion of our State-based party PBS for almost two decades now, he concluded.