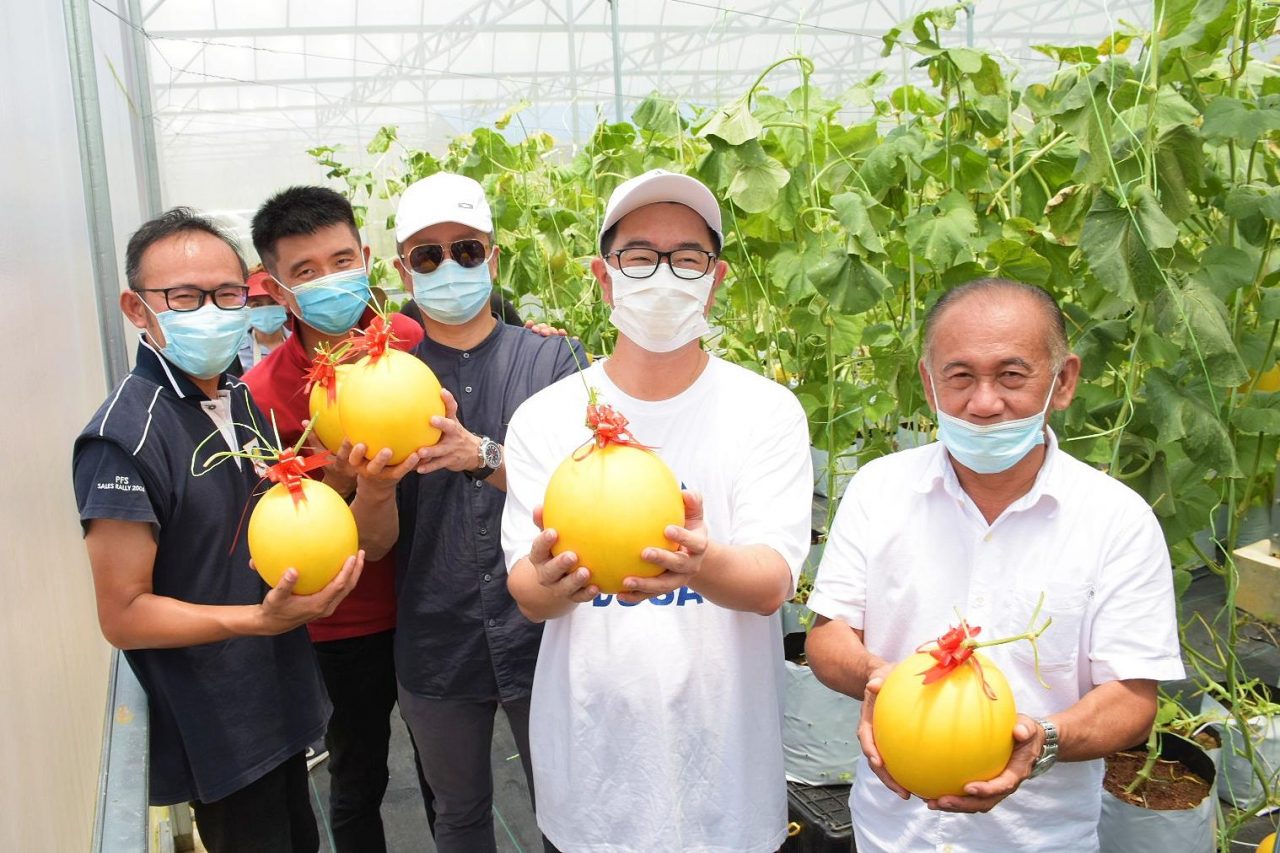 Junz with operators of the Sabah Golden Melon fertigation farm.

“The only difference is, Umno/BN’s millionaires are kataks (frogs) and cronies. Warisan’s millionaires meanwhile, are everyday Sabahans and farmers,” he said in a statement yesterday.

“At Putatan TKPM meanwhile, we finally have our very own Sabah Golden Melon,” he said.

He said the project despite being launched by BN way back in 2013, was a disaster that failed to meet its objevtives.

But after Warisan took over the Sabah administration in 2018, the failed project was successfully reformed.

Explaining future plans for the Putatan Permanent Food Production Park, Junz said the successful SOP would be implemented for the benefit of local participants.

“The roughly 44 greenhouses in TKKM Putatan will be allocated to 10 locals from Putatan to participate in Sabah Golden Melon planting.

“Each participant will be allocated four greenhouses at the size of 6,000 square feet each.

“But they must be genuine planters and locals. Warisan’s policy is to involve locals in the projects being implemented,” he said.

“These participants can plant 6,000 Sabah Golden Melons (1,500 plants each greenhouse).

On becoming millionaires, he briefly described how participants could improve living standards drastically.

He concluded by saying it is not impossible for farmers to be rich, as long as Sabah is led by the right government and leaders.