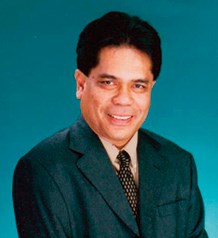 LAHAD DATU: The Parti Gagasan Rakyat Sabah (PGRS) wants to win the people’s votes to form a government of integrity and for an ethical society.

PGRS candidate for DUN 61 Segama, Datuk Mohd Basri Abd Gapar, who is also the deputy president of PGRS said the party resolves to eradicate the despicable scourge of corruption in Sabah to build an ethical society with integrity.

One of the sicknesses that plagues our society is corruption. It has become so widespread that one can see it openly practiced without shame. Some have even stated it as the new normal or a new value system.

We can see how cash is king. Corruption has weakened our society and nation; socio-economically, politically and even culturally,” he said.

According to Mohd Basri, PGRS believes that this disease and practice must be put to a stop.

He said there is no time to wait, nor is there any reason to compromise with those who still practise it.

Mohd Basri said their commitment towards its eradication must be firm. No to any sort of corruption; whether in ideas, practices etc.

From the very start, we present our candidates who have made a pledge to be free of corruption, and have made a commitment to work tirelessly to free our society from the clutches of corruption.

They are also ready to be the voice of the people to rebuild a cleaner, better and prosperous society, state and nation,” he added.