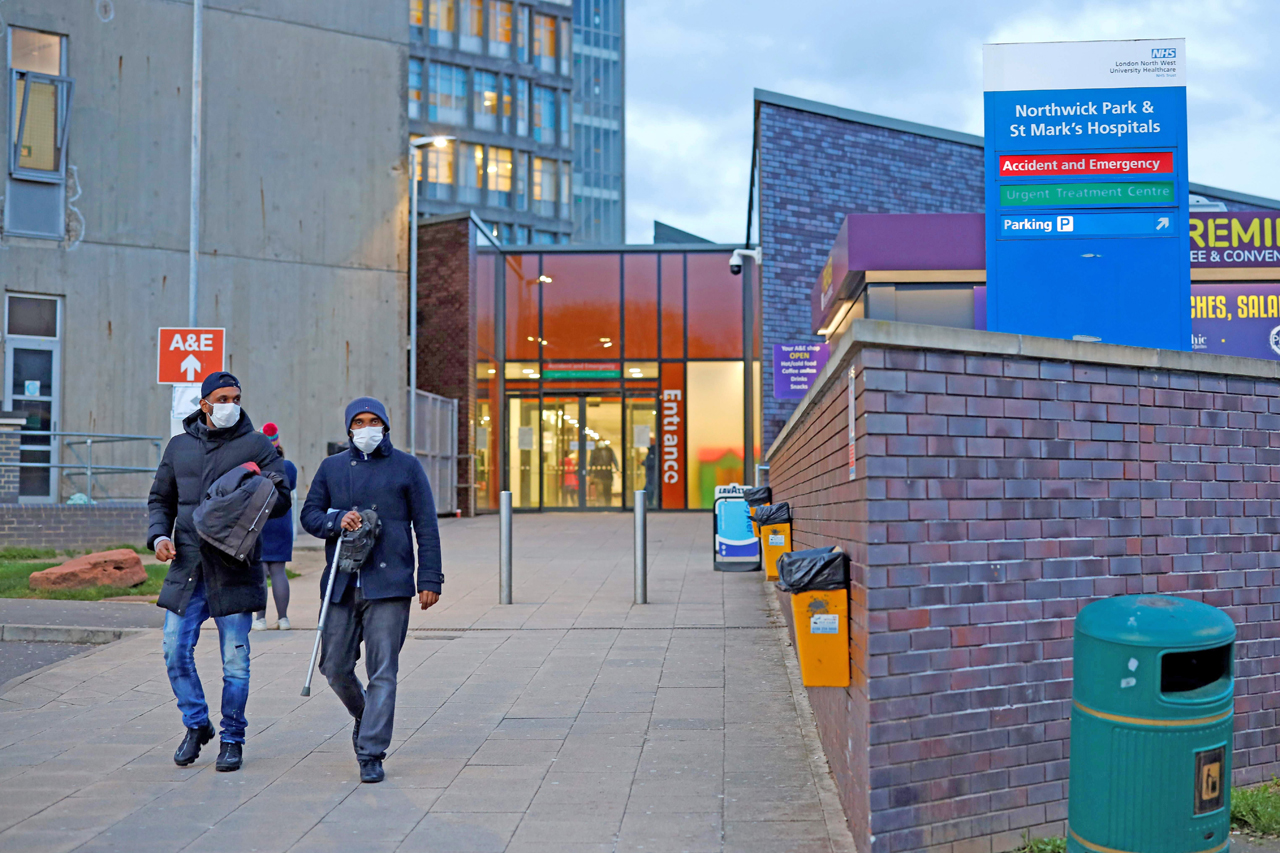 People wearing masks as a precautionary measure against covid-19, leave Northwick Park Hospital in London where they have declared a critical incident due to a surge in patients with coronavirus. AFP photo

LONDON: The British government on Friday said it would help cover the wages of people hit by the coronavirus outbreak as it tightened restrictions to curb the spread of the disease.

In an extraordinary intervention, Finance Minister Rishi Sunak said he would pay 80 per cent of salaries of staff who could no longer work because of the virus fallout.

Today I can announce that, for the first time in our history, the government is going to step in and help to pay peoples wages, he said.

At the same time, Johnson announced a tightening of the social distancing measures introduced earlier this week to stem the outbreak.

As the British death toll rose to 177, he told bars, restaurants, nightclubs, theatres and leisure centres to shut as soon as possible.

We need to keep people apart, Johnson said, adding that the situation would be kept under monthly review.

He acknowledged how much of a change in behaviour this would require, but said people particularly younger people who may feel they are less at risk from coronavirus needed to listen.

I do accept that what were doing is extraordinary, were taking away the ancient inalienable right of freeborn people of the UK to go to the pub, he said.

But he said that if people comply, then we will not only save thousands of lives, but we will come out of this thing all the faster.

The Conservative government had earlier this week announced a 330 billion (US$385 billion, 361 billion euro) package of government-backed loans to help businesses hit by the outbreak.

But with reports that the hospitality and other industries were beginning to shed jobs, trade unions, politicians and business groups demanded more help to address the crisis.

Adam Marshall, director of the British Chambers of Commerce, said the new measures would give firms desperately needed breathing room at this critical moment but said more may yet be needed. AFP