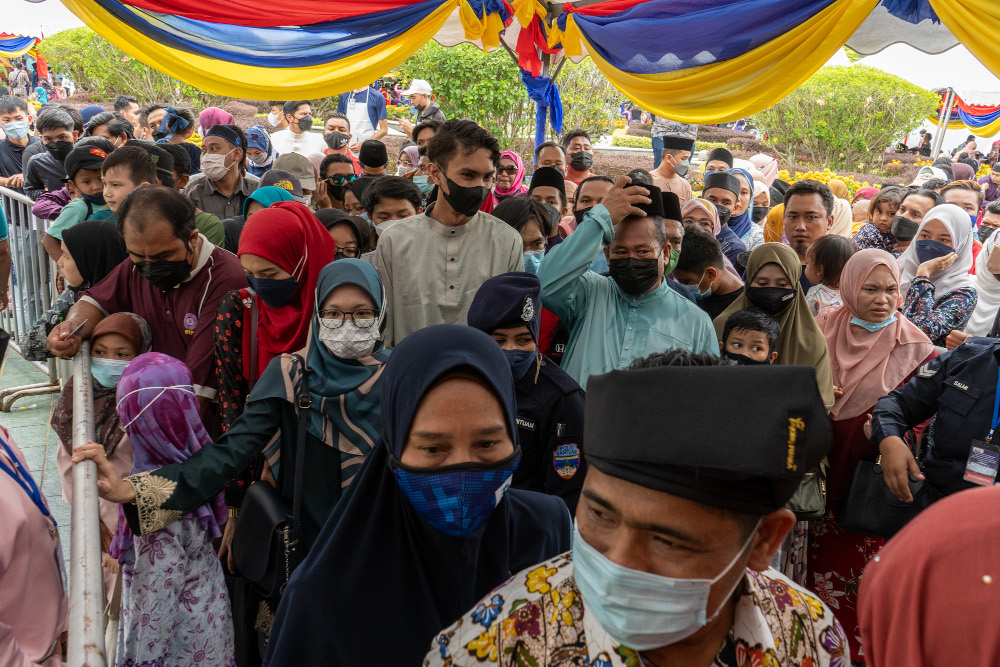 PUTRAJAYA (May 8): The Hari Raya Aidilfitri open house held by the prime minister and ministers at Seri Perdana here today has met with an overwhelming response, attracting more than 100,000 visitors as at 4pm.

Because of this, the Prime Ministers Office (PMO) said, Prime Minister Datuk Seri Ismail Sabri Yaakob had decided to extend the open house until all guests could get in although the event was scheduled to end at 4 pm.

YAB PM (Ismail Sabri) could not bear to see members of Keluarga Malaysia in long queues waiting their turns, according to the PMO. 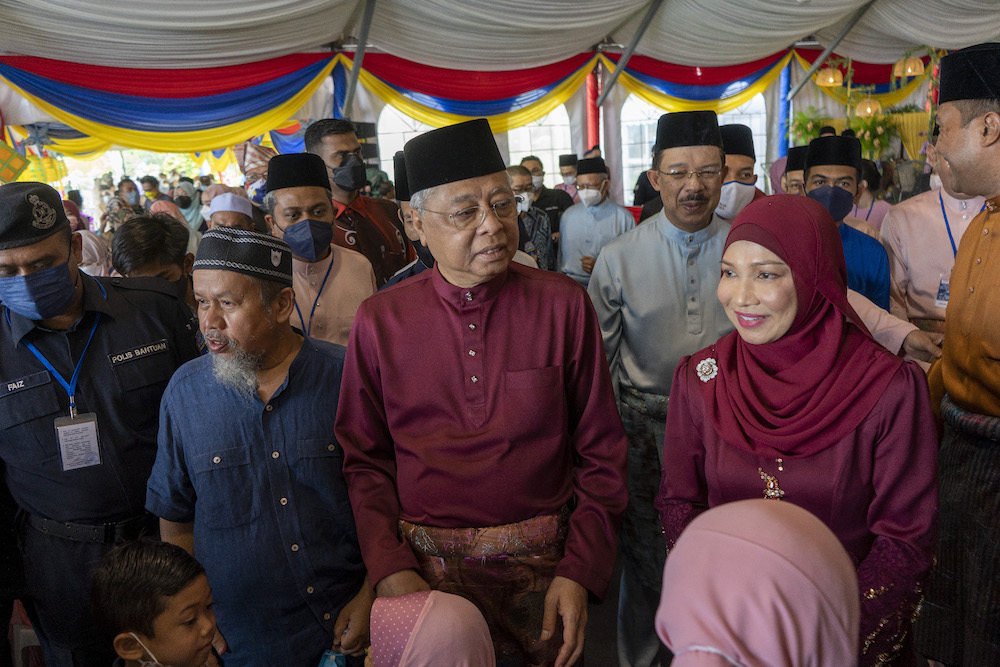 Apart from this, the good response had also forced the event to start earlier at 9.30am although the invitation stated that it would only open at 10 am.

As at 4pm, many guests were still queueing up to enter the open house venue at Laman Sari, where the prime minister himself was on hand to greet an unending line of visitors.

The ceremony, themed Raya Keluarga Malaysia, Syawal Dirai, Nikmat Disyukuri, is the first open house hosted by Ismail Sabri and his Cabinet members after he was appointed as Prime Minister on Aug 20, 2021.

According to earlier estimates, more than 70,000 people were expected to turn up for the open house.

The open house at Seri Perdana was not held for the past two years because of the Covid-19 pandemic.

It was last held on June 5, 2019 when Tun Dr Mahathir Mohamad was the Prime Minister. Bernama