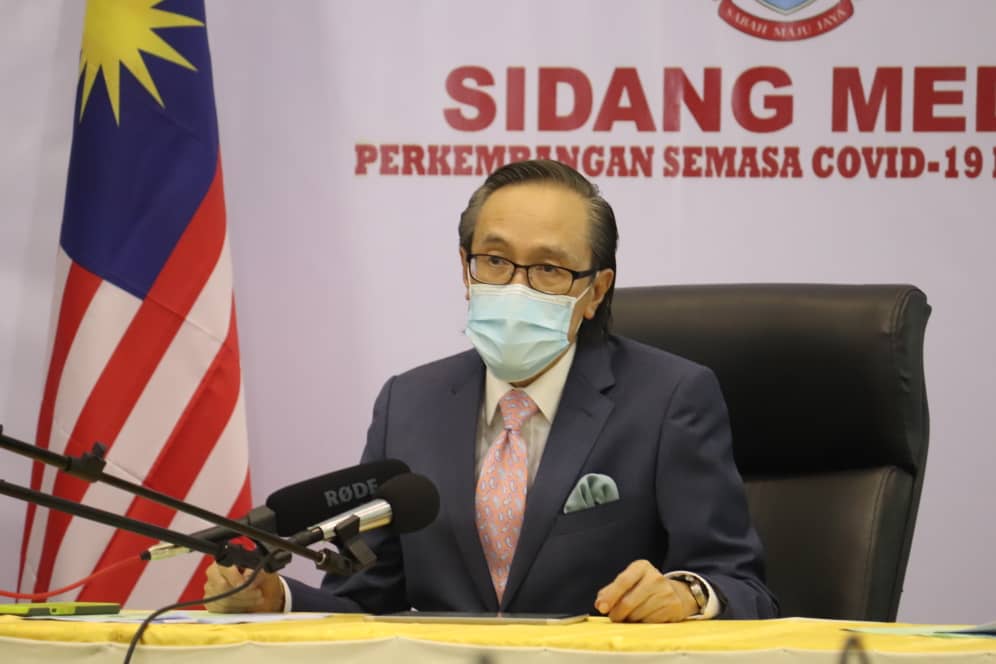 Sabah Housing and Local Government Minister Datuk Masidi Manjun said the state government understands the peoples anxiety and is stepping up the vaccination rate which is seen as the key to curb the high daily case trend.

The Sabah Covid-19 spokesman said strict compliance to the standard operating procedure (SOP) among the people especially in public places could also play an important role other than vaccination as Sabah is facing sporadic infection currently.

Almost the whole world sees vaccination as the key to reduce the number of Covid-19 infections with compliance to SOP, to contain the high case trend.

The cases will drop when the number of residents vaccinated reach a significant number coupled with high SOP compliance. This is because the number of those who can be infected by Covid-19 will be reduced, he told Bernama.

Masidi said the figures showed that over 30 per cent of the adult population in Sabah had obtained two doses of Covid-19 vaccine, while 52.4 per cent had received the first dose.

Asked on the effectiveness of the Enhanced Movement Control Order (EMCO) in Sabah including 23 localities which were placed under EMCO in the state on Monday, Masidi said it was only a short term measure to overcome the pandemic.

EMCO is just a short-term measure to check the spread of Covid-19 to other areas. It is effective when infections occur in an isolated manner in specific areas. Vaccination and SOP compliance are the best measures, he said.

Not all the cases reported on the day concerned took place within 24 hours. This is a misconception which must be corrected. We expect these yet to be registered cases will be settled in several more days, he said.

Several residents met concurred with Masidi that vaccination and strict SOP were the keys to check the trend of high daily cases in Sabah.

Muhamamad Rozi Lazim, 45, a GrabFood deliveryman from Kepayan said he was worried about a report that close contact screenings contributed to the highest daily cases in Sabah because it showed that infections could spread easily from one individual to another.

As meeting people every day is in my line of work, I am really worried as close contact infection spreads quickly.

As such my fellow delivery colleagues and myself quickly got our vaccinations and we are very observant of the SOP, he said.

Angelina Vivian Linus, 27, a printing company clerk said the high vaccination capacity in excess of 60,000 doses a day which could be administered in Sabah currently must be continued to ensure herd immunity is achieved as soon as possible.

The target of vaccinating 60 per cent of the people by September is a very good target and can be achieved. But the vaccine supply must be there. I notice now the existing vaccination machinery is running smoothly except that we must ensure there is enough supply, said Angelina from Likas. – Bernama