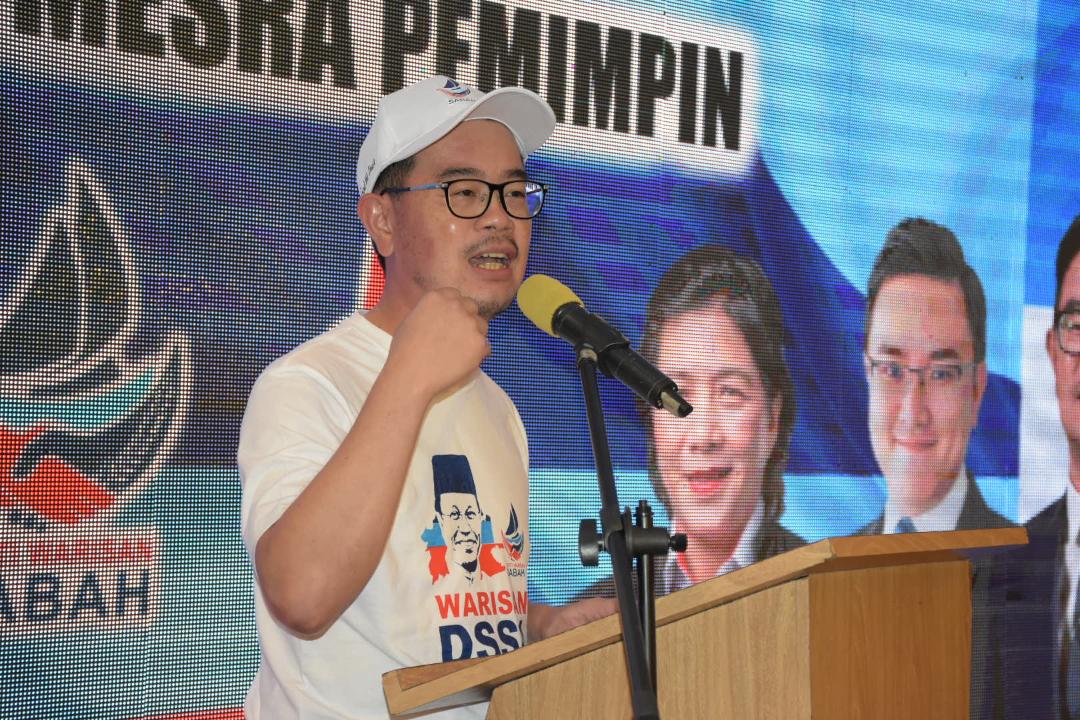 In a gathering with the Chinese community at Kepayan, he said Warisan has delivered what both SAPP and LDP failed during their administration.

“There are two so-called Sabah parties who are claiming to have defended the Chinese community, SAPP and LDP.

“Both SAPP and LDP failed to recognise the Unified Examination Certificate (UEC) throughout their administration, despite both Yong and Chong being chief ministers.

“If they as chief ministers back then failed, how else can they perform now when being lackeys of West Malaysian right wing parties like Umno, PAS and PPBM? Junz asked.

“It was Warisan under the leadership of Chief Minister Shafie Apdal who recognised the UEC in 2019. You can even use the UEC to apply for scholarships, placements in universities or even jobs in the civil service today,” he said.

Junz also explained, while not many UEC students sought scholarships or civil service jobs from the State Government, it is the sincerity behind the recognition that counts.

“There are only roughly 1,800 UEC graduates annually. It is not that many. In fact most UEC students are quite well-off.

“Finally under the leadership of Shafie, the contribution of the Chinese community is recognised, specifically in education, Junz said.

“Shafie told me education is a key pillar among the Chinese. And there is no reason not to recognise it. So in 2019, the UEC was finally recognised.”

Junz added that the consistency of Warisan is seen in the civil service.

“Can you recall any Chinese heading any civil service agencies or departments during Yong Teck Lee or Chong Kah Kiat’s terms as chief minister?”

“You cannot because there are almost none. The Chinese during SAPP and LDP’s terms as chief ministers were like second class citizens.

“Yet SAPP and LDP have the cheek to claim to have defended the Chinese. he said.

“Instead today under the leadership of Shafie and Warisan, we have so many Chinese heading various top civil service departments today.”

Junz listed the various agencies headed by a Chinese.

“Under the Warisan administration, the head of the Economic Planning Unit, the head of the Department of Irrigation and Drainage, and the Permanent Secretaries in four Ministries are Chinese.

“Even the Head of the very powerful Land and Survey Department is a Chinese. And also the State Attorney General is a half Chinese with a surname., he said.

“Were any of these appointments possible under Yong Teck Lee or Chong Kah Kiat’s tenures as chief ministers?”

Junz said this is proof of Warisan’s sincerity to all Sabahans, regardless of race and religion.

“This is not to say Shafie is pro-Chinese. What is more important is that we have a leader who is a Chief Minister for all.

“As long as you are a Sabahan, your capabilities and contributions to society will be acknowledged and recognised.

“As long as you are a Sabahan and you can contribute to Sabah’s development and wellbeing, you will be appreciated and recognised.”

Junz reminded the Chinese community not to be complacent.

“The Chinese community have lived comfortably for the past 26 months under the Warisan administration. No oppression no suppression.

“But do not be complacent because all these will be lost in the blink of an eye if PN comes into power.

“Just look at what is happening in West Malaysia under the leadership of Umno, PAS and Bersatu.

“Durian planters in Raub, Pahang are suddenly evicted. Is it because they happen to be Chinese? The supporters of Umno, PAS and Bersatu even got their supporters to defend the eviction by telling the Chinese to go back to China.

“Have we forgotten under Umno’s administration, Bibles in the Malay language became a hot political issue?

“Have we forgotten how Umno and Pas’ supporters protested about crosses built in churches?

“Have we forgotten Umno asked what else the Chinese want?

“Have we forgotten how Umno supporters called the Chinese to return to China?

“Where were SAPP and LDP when all of the above happened? They were with Umno. Do not forget that.

“All these will repeat if Umno/PN returns to power,” he said.