Turkey holds first talks with the Taliban in Kabul 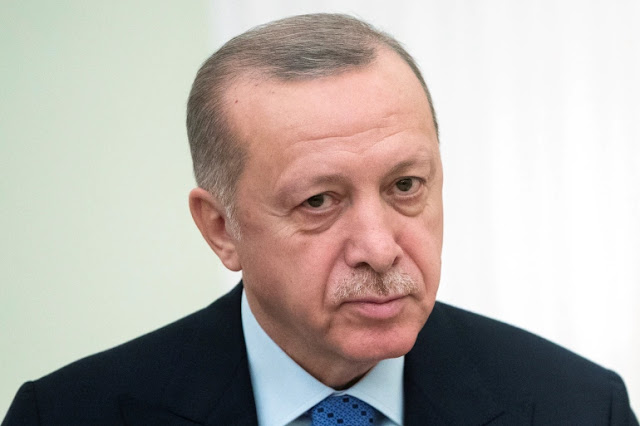 President Recep Tayyip Erdogan on Friday said Turkey held its first talks with the Taliban in Kabul, adding Ankara was still assessing the armed groups offer to assist in operating the international airport.
The Turkish leader said discussions were held at a military facility at the Kabul airport where Turkeys embassy is temporarily stationed.
We have held our first talks with the Taliban, which lasted three and a half hours, Erdogan told reporters. If necessary, we will have the opportunity to hold such talks again.
NATO member Turkey had hundreds of troops in Afghanistan as part of the alliances mission, and had been responsible for the security of the airport for the past six years.
Responding to domestic criticism over Turkeys engagement with the armed group, Erdogan said Ankara had no luxury to stand idly by in the volatile region.
You cannot know what their expectations are or what our expectations are without talking. Whats diplomacy, my friend? This is diplomacy, Erdogan said.
Turkey had been planning to help secure and run Kabuls strategic airport, but on Wednesday it started pulling troops out of Afghanistan an apparent sign of Ankara abandoning this goal.
Erdogan said the Taliban now wanted to oversee security at the airport, while offering Ankara the option of running its logistics.
He said the twin suicide bombs that killed at least 110 people, including 13 US troops, outside the airport during the last days of an urgent evacuation effort on Thursday showed the importance of knowing the details of how the air hub will be secured.
Erdogan said calm should be restored in Kabul before making a decision on the airport, adding there was a risk of getting sucked in to something that would be hard to explain given uncertainty around the possible mission.
They said: We will ensure the security, you operate the airport. We have not made any decision on this issue yet, Erdogan said.
We will make a decision once calm prevails.
Erdogans came as US forces helping to evacuate Afghans desperate to flee Afghanistan braced for more attacks while racing to complete evacuations before the end-of-the-month deadline set by President Joe Biden.
Ankara has so far evacuated at least 350 soldiers and more than 1,400 people from Afghanistan since the Taliban takeover this month.
Turkey has praised what it described as moderate statements by the Taliban since it captured Kabul on August 15.
Erdogan, who previously criticised the Taliban as it swept through the country en route to Kabul, said Turkey was aiming to complete evacuations and troop withdrawals as quickly as possible.