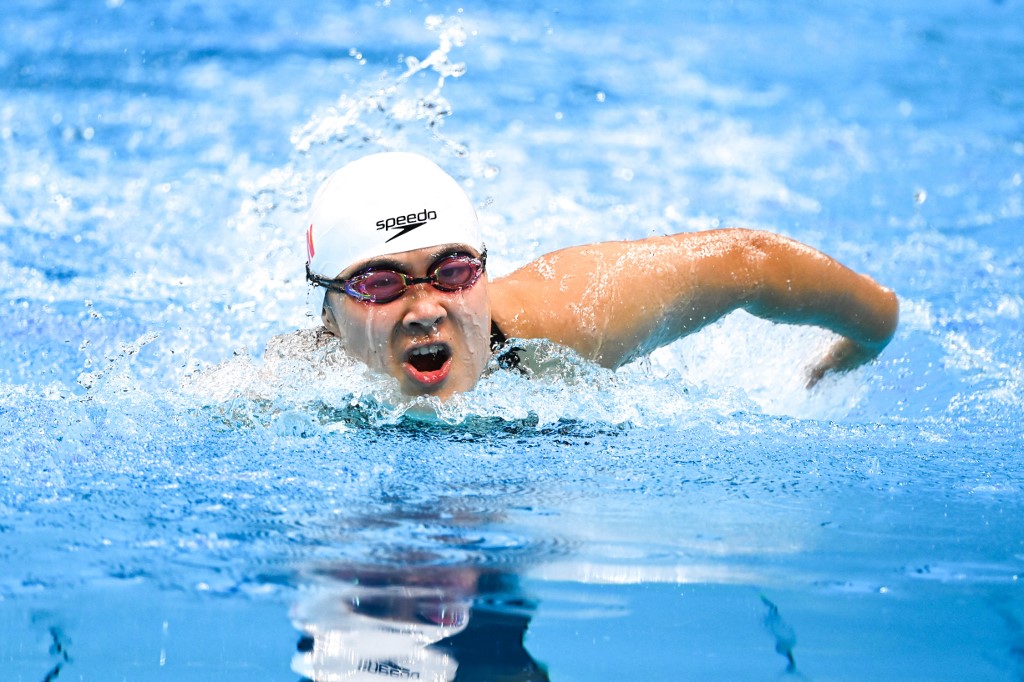 TOKYO (Aug 30): Playing in the street as a three-year-old, Jiang Yuyan’s life almost ended when she was run over by a dump truck.

The injuries to the fun-loving toddler were so severe her right arm and leg were amputated, leaving her mother distraught.

“My good little girl was left disabled,” Wang Zhifang told local media. “I thought the sky was falling. How would she spend her life?”

But by the age of 14 it had become clear. Her daughter, now nicknamed “Flying Fish”, was breaking world records and gaining global notoriety in the pool.

And on Monday, at the tender age of 16 and the youngest member of China’s powerful 256-strong team at Tokyo 2020, she fulfilled a dream by winning her first Paralympics gold medal in the S6 50m butterfly.

The sensation from Shaoxing smashed her own world record in the heats at the Tokyo Aquatics Centre before storming to gold later in the final.

“This is my first Paralympic experience and in terms of my personal goals, it’s a self-confidence boost,” the teenager told AFP straight after her winning swim.

“Of course, it’s very exciting. But most of all, I think it’s the beginning of the next chapter of my life.”

Unable to swim competitively for two years because of the Covid pandemic, Jiang admitted she had to shake off some rust after arriving in Tokyo before she could win gold.

“Today was like the first day I felt on form,” said Jiang.

“I needed five days here to get used to it, to train, to get proper sleep and get my old condition.”

She finished outside the medals in her first two S6 events over the weekend — the 50m freestyle and 4x100m freestyle relay.

But she was in unstoppable shape Monday as she cruised to gold in 34.69 seconds, the second fastest S6 50m butterfly swim of all time.

It was just outside her own world mark of 34.56 set earlier in the heats and she finished a huge 1.61sec ahead of silver medallist Nicole Turner of Ireland.

‘You don’t need a crutch in the water’

Remarkably, Jiang has only been swimming for eight years but has achieved more than many athletes manage in a lifetime.

Jiang first made a splash domestically when she won her first national titles at the age of 11.

But it was when she won three gold medals as a 13-year-old at the Asian Para Games in Jakarta in 2018 that people outside of China began to believe she could be something special.

A year later global swimming really took notice when, as a 14-year-old, she dominated the World Championships in London.

Jiang announced herself with three golds and two bronze medals, setting a new world record in the S6 50m butterfly of 34.86, which she has now obliterated in Tokyo.

In the S6 category she also won the 400m freestyle, in another world record time, and the 100m freestyle. Her bronzes were in the 50m freestyle and 100m backstroke.

Her efficiency with only two functioning limbs in the butterfly is such that her 50m time is just 10 seconds slower than the full-bodied world record.

Jiang was encouraged by her mother to try swimming five years after her horror accident in Shaoxing, a city 160 kilometres (100 miles) southwest of Shanghai, and she soon discovered that the pool set her free from her impairments.

“You don’t need a crutch or prostheses in the water,” she said.“You can determine where you go based on your own strength.”

She cites her biggest influences for her success as her coach, Feng Jie, and her family, but Jiang has been fiercely competitive from a tender age.

Teachers at her primary school recalled in local media that she often scored 100 percent in maths tests and was rated as a “five-star student” every year.

Asked how she has achieved so much just eight years after taking up para swimming, Jiang, who pounds through the water for five hours and 10 kilometres a day in training, is philosophical.

“To you it seems a short time, but to me it seems forever.” — AFP