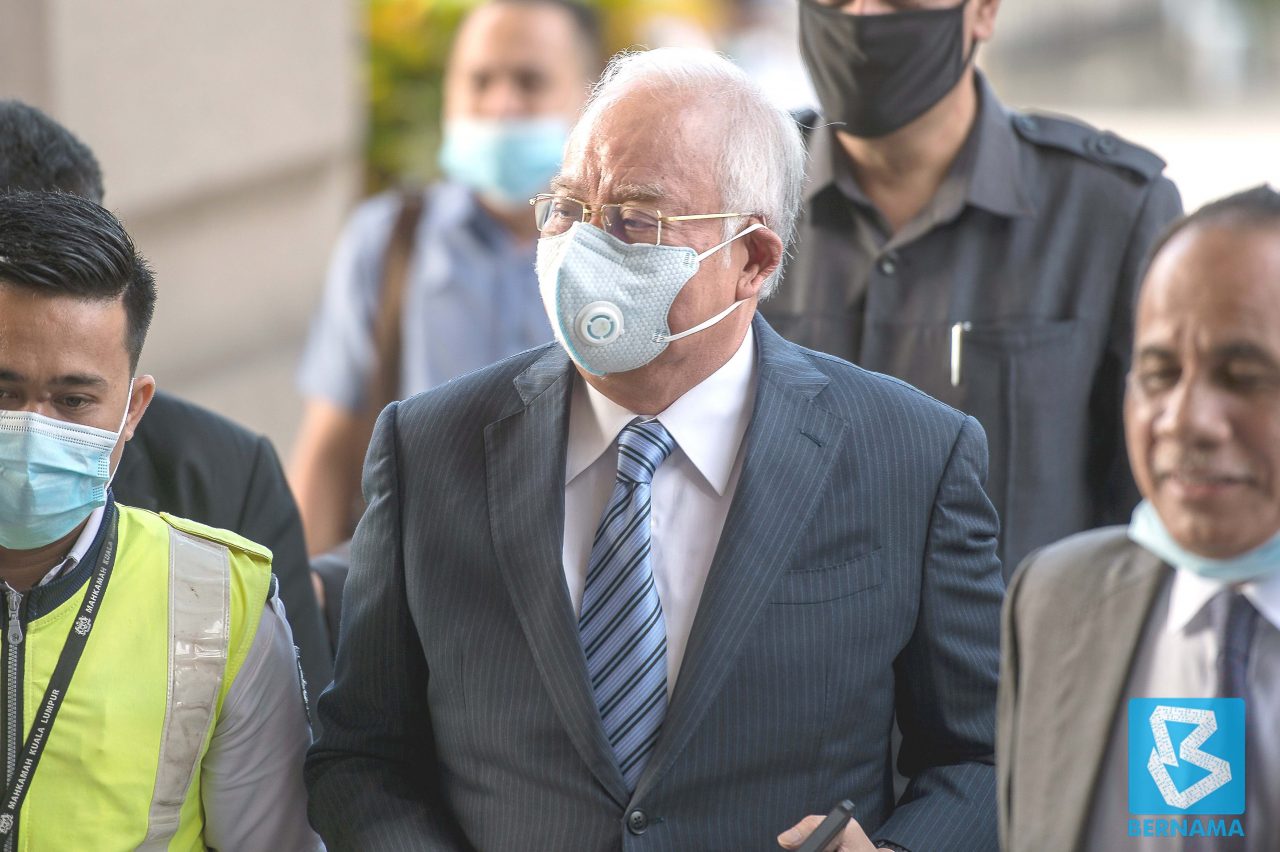 KUALA LUMPUR: Malaysians and likely the world over will be waiting with bated breath for Tuesday, July 28, 2020.

It is going to be a momentous day in the annals of Malaysian judicial history as a court will be delivering its verdict on a former Malaysian prime minister who is charged with Criminal Breach of Trust (CBT), money laundering and abuse of power

It involves the trial of Datuk Seri Najib Tun Razak where the Kuala Lumpur High Court has to decide whether the former prime minister is guilty or not on charges of misappropriatingRM42 million in SRC International Sdn Bhd funds.

All eyes will be onHigh Court JudgeMohd Nazlan Mohd Ghazali on Tuesday as he will decide on the case against Najib, whose67thbirthday was last Thursday.

The verdict is expected to be delivered at about 10 am.

Najib is facingthree counts of criminal breach of trust (CBT),three chargesof money launderingand one count of abuse of positionin relation to the SRC funds.SRC is a former subsidiary of 1Malaysia Development Berhad(1MDB) and now placed under the Finance Ministry.

Najib, who served as Malaysia’s sixth prime minister from 2009 to 2018, he isthe first head of government of the country to find himself in the dock of a court.

JusticeMohd Nazlan had on June 5, 2020 set July 28 to deliver the verdict after hearing submissions by the prosecution and defence at the end of the defence’s casefor five days beginning June 1.

On Nov 11, 2019 the judge had ordered Najibto enter his defenceon all seven chargesafter finding that the prosecution hadestablished a prima facie case against him.

In his judgment, Justice Mohd Nazlan among others ruled thatNajib hadused his office or position for gratification and hadutilisedRM42 million of SRCsfunds, in which he had an interest,for his personal interests and own advantage.

The judge alsoheldthat the accusedhad enormous influence and wielded an overarching position of power in SRCand that the prosecution hadsucceeded in establishing there was CBTby Najib involving funds of the company.

In relation to the three money-laundering charges, Justice Mohd Nazlan heldthat the RM42 million proceeds in Najibsaccounts originated from unlawful activity, as established in the CBT charges.

On Dec 3, 2019,Najibtook the witness stand as the first defence witnessto answer the charges against him.

The defence opened its casewith Najib reading out his 243-page witness statement, touching on, among others, on the appointment of directors ofsovereign wealth fund 1MDB andTerengganu Investment Authority (TIA).

The Member of Parliament for Pekan also told the court that hewas shocked uponreceiving RM42 million from SRC into his personal bank accounts in December2014 and February 2015, but hedid not return any of the moneybecause he wanted to see the outcome of the then ongoing investigation by the authorities.

In his testimony, he alsoadmitted thathe minutedthe Malay wordbersetuju(agree) on a letter from SRC seeking his approval, as the finance minister, for a RM3.95-billion loan from Retirement Fund Incorporated (KWAP).

Najibsaid he minuted the word for his own attention to indicate his support for the SRC loan application and added thatas the matter at that time was still current and had caught his eye, he decided to extend his support to the application submitted by SRC on June 3, 2011.

Nevertheless, he said, the wordbersetujudid not mean that it was final and cannot be changed.

The trial beganon April 3last year,with the prosecution having called 57 witnesses to the stand. The prosecution closed its case onAug 27, the same year.

Najibwas first brought to the Sessions Court here on July 4, 2018 where he was charged with three counts of CBTand one count of abuse of position.

On Aug 8, 2018, he was brought to theSessionsCourt again and charged with three counts of money laundering, involving the same money.The cases werelater transferred to the High Court with the charges consolidated in one trial.

He wascharged with committing the two offences at AmIslamic Bank Berhad, Ambank Group Building, No 55, Jalan Raja Chulan here, between Dec 24, 2014, and Dec 29, 2014.

On the third count, Najiballegedly misappropriated RM10 million of RM4 billion belonging to SRCat the same place between Feb 10, 2015, and March 2, 2015.

The three charges are under Section 409 of the Penal Code which provides imprisonment for up to 20 years, withwhipping and liable tofineuponconviction.

On the charge of abusing his position,Najibas Prime Minister and Minister of Finance of Malaysia, allegedly used hisposition tocommit bribery involving RM42 million through his participation or involvementin thedecision to provide government guarantees for loans from the Retirement Fund Incorporated to SRC International amounting to RM4 billion.

He was charged withcommitting the offenceat the Prime Minister’s Office, Precinct 1, Putrajaya, Federal Territory of Putrajaya, between Aug 17, 2011and Feb 8, 2012.

The charge, under Section 23 of the Malaysian Anti-Corruption Commission Act 2009 and punishable under Section 24 of the same Act, provides imprisonment for up to 20 years and a fine of not less than five times the amount or value of the bribe or RM10,000, whichever is higher, uponconviction.

On the three money-laundering charges, Najib is alleged to have received RM27 million, RM5 million and RM10 million, respectively, of proceeds from unlawful activities, via Real-Time Electronic Transfer of Funds and Securities (Rentas) into his two AmIslamic Bank Berhad accounts, bearing the numbers 2112022011880 and 2112022011906.

The offences were allegedly committed at AmIslamic Bank Berhad, AmBank Group Building, No. 55, Jalan Raja Chulan here, between Dec 26, 2014, and Feb 10, 2015under Section 4(1)(b) of the Anti-Money Laundering, Anti-Terrorism Financing and Proceeds of Unlawful Activities Act (AMLATFPUAA) 2001.

If convicted, the ex-premier faces up to 15 years imprisonment and a fine of up to five times the sum or value of the illicit proceeds or RM5 million, whichever is higher, on each count.

Besides the seven charges involving SRC funds, Najib was also slapped with four charges ofhavingused his positions to obtain gratification totallingRM2.3billion in 1MDBfunds and21 counts of money laundering involving the same money. This case is still on trial at the prosecution stage beforeHigh Court JudgeCollin Lawrence Sequerah.

He also was charged with using his position to order amendments to the 1MDB final audit report which was already finalised by the Auditor-General before the report was finalised again and presented before the Public Accounts Committee (PAC) to avoid any action being taken against himwhileformer chief executive officer of 1MDB Arul Kanda Kandasamyis charged with abetting Najib in making amendments to the report to protect Najib from being subjected to action.This case is being heard before High Court Judge Mohamed Zaini Mazlan.