Tokyo Paralympics: Abu Samah fights back from set down to move into second round 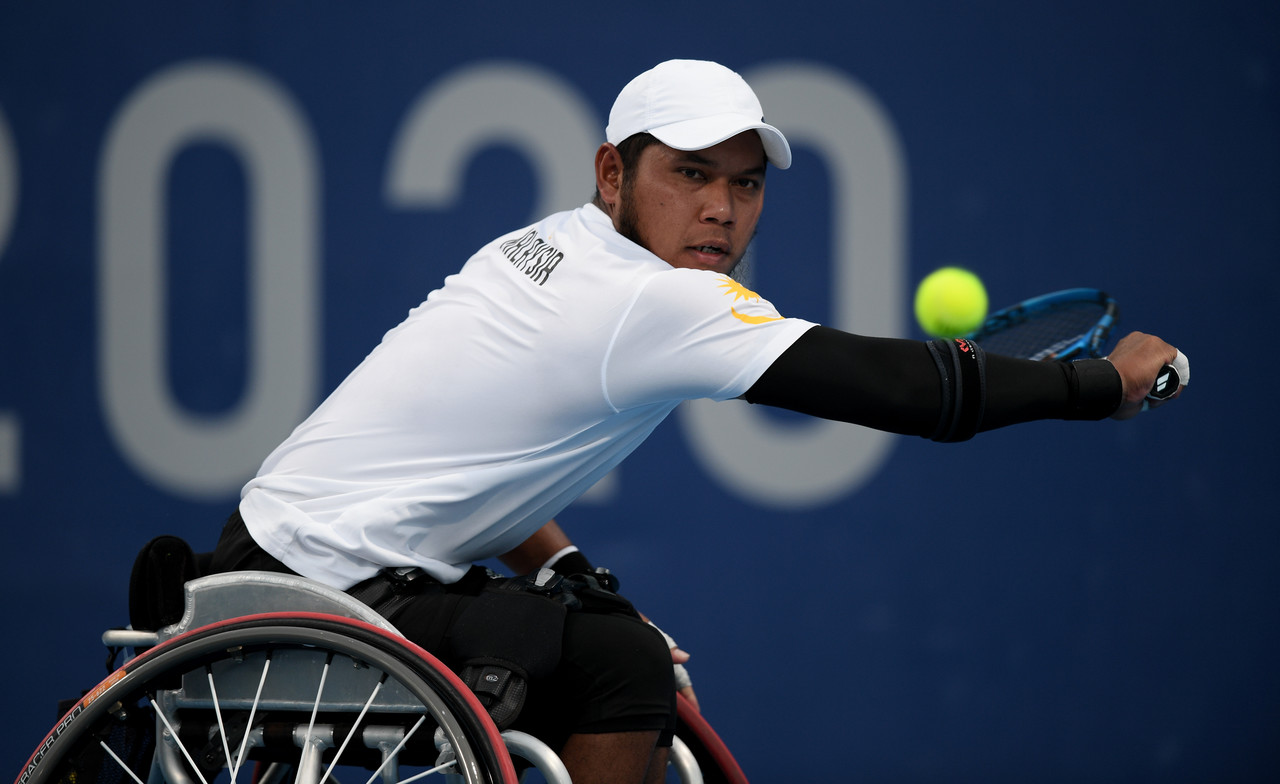 Abu Samah also had to fight back from a set down to overcome Jose Pablo Gil of Costa Rica 4-6, 6-3, 6-2 at the Ariake Tennis Park here.

The world number 44 from Perak, however, faces an acid test in the second round tomorrow (Aug 28) as he will be up against world number eight Tom Egberink of the Netherlands.

The Dutchman clearly has the psychological edge, having won their last two encounters.

Met after his first-round win today, Abu Samah said he lost the first set because he allowed Jose to set the tempo before he decided to change his tactics, including his service technique, to come out tops.

The 2017 ASEAN Para Games gold medallist, who is grateful to have moved into the next round, said he and his coach would analyse his game as well as that of his Dutch opponent ahead of their clash.

Todays win sees Abu Samah go one better than his 2016 Paralympic debut in Rio de Janeiro, where he crashed out in the first round after going down 0-6, 1-6 to Great Britains Alfie Hewett.

Meanwhile, Wheelchair Tennis Malaysia president Muhd Iqbal Sulaiman, who was happy with Abu Samahs performance today, urged the player to give his everything against the fancied Tom.

The Tokyo Paralympics, which began on Tuesday (Aug 24), will end on Sept 5. – Bernama