Toilet bowl on Facebook leads cops to burglars in Kuching 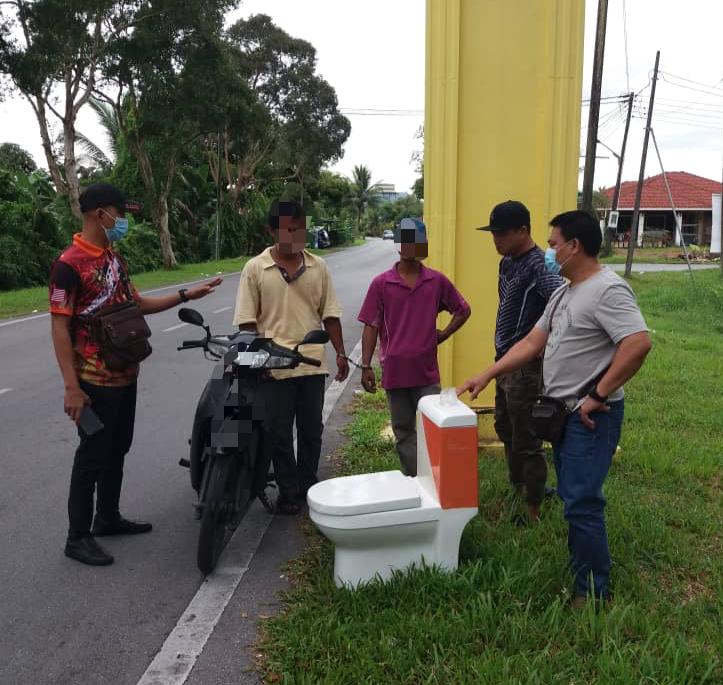 The suspects, with their face blurred, being apprehended by police officers who also seized the toilet bowl which was allegedly stolen from a house at Jalan Semariang.

KUCHING: Two men have been arrested yesterday after they tried to sell a toilet bowl and sink on Facebook, which they had allegedly stolen from a newly completed house at Jalan Semariang.

Kuching district police chief ACP Awang Din Awang Gani said in a statement last night that the duo, aged 26 and 29, were arrested within 24 hours after the alleged broke into the house on Wednesday.

Our team managed to track them down after they put their stolen items for sale on Facebook, he said, adding that the police managed to recover the toilet bowl.

Awang Din added that during the arrest, the suspects admitted to committing the crime.

The suspects will be remanded today and will be investigated under Section 457 of the Penal Code for housebreaking.

A police report lodged by the homeowner’s brother-in-law who discovered the break-in said that the suspects gained entry into the house by forcing open the backdoor and cutting open a padlock.