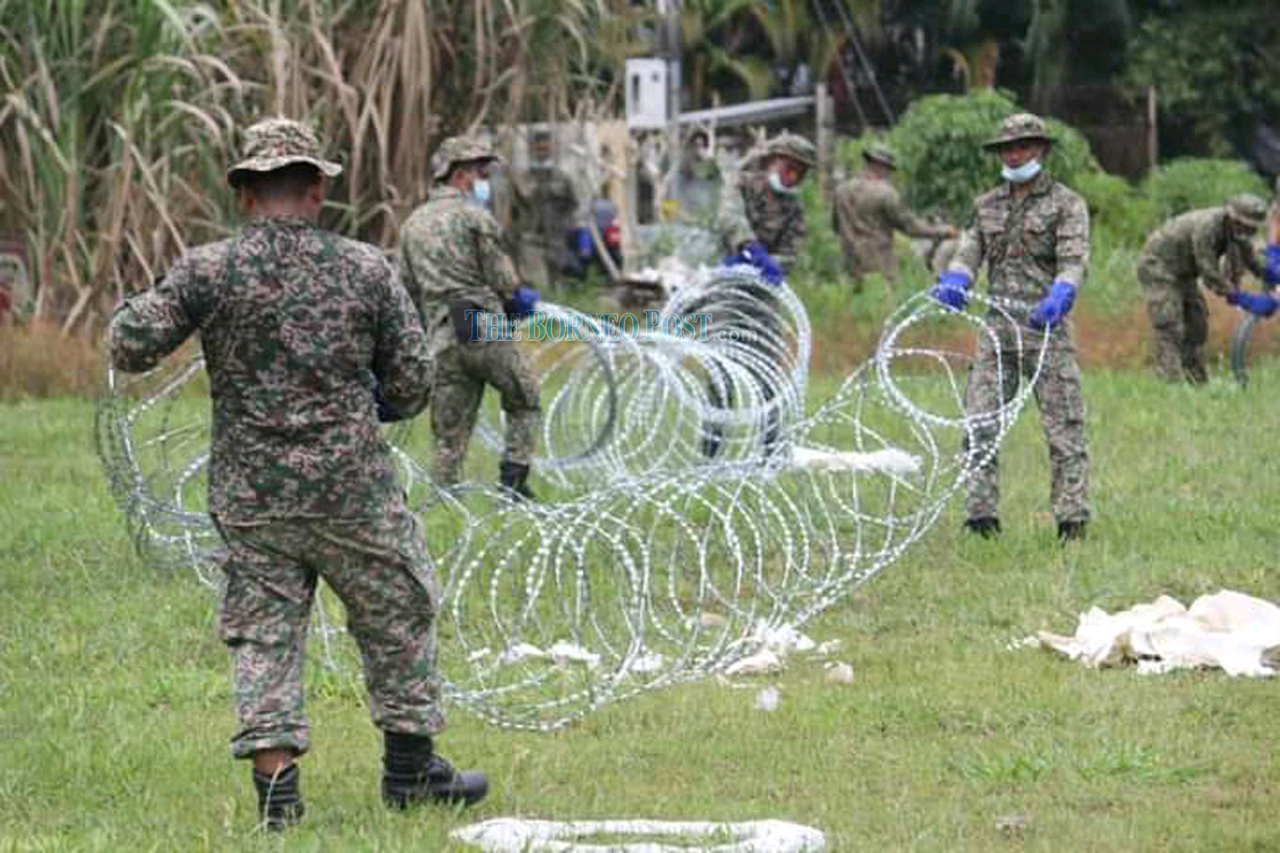 File photo showing members of the armed forces installing barbed wires around one of the EMCO-imposed areas.

It said in its Covid-19 daily update that the EMCO for Rh Menari, Sungai Durin in Sibu will be enforced from June 7 until June 20 whereas Rh Ayu Stok in Sarikei and Rh Bungkong, Nanga Sejunam in Julau will be under EMCO from June 7 to June 23.

It also said that the EMCO for Rh Sebastian Ngalang, Batu 6 in Oya, Sibu will be extended from June 10 to 17.

The committee also announced the end of EMCOs for two longhouses and a primary school in two districts.

It said 22 compounds were issued to individuals who remained in public areas past 10pm; 16 for gathering in a group more than two persons in public areas; seven for carrying passengers in a vehicle over the permitted limit; seven for operating unauthorised premises during the Movement Control Order; six for inter-district travel without permit; five for not scanning the MySejahtera when entering premises; three for dine-ins; one for not wearing face masks; and one for not providing the MySejahtera QR code, registration book or body temperature scanner.

The total number of compounds issued since March 18, 2020 has now increased to 7,389 compounds, it said.

The compounds were issued for SOP violations namely not updating record book entries or incomplete registration book (13); not registering MySejahtera (7); premises not providing MySejahtera (1); and operating beyond the time limit (1).

The total compounds issued by local authorities since Feb 1, 2021 have now increased to 936 compounds.