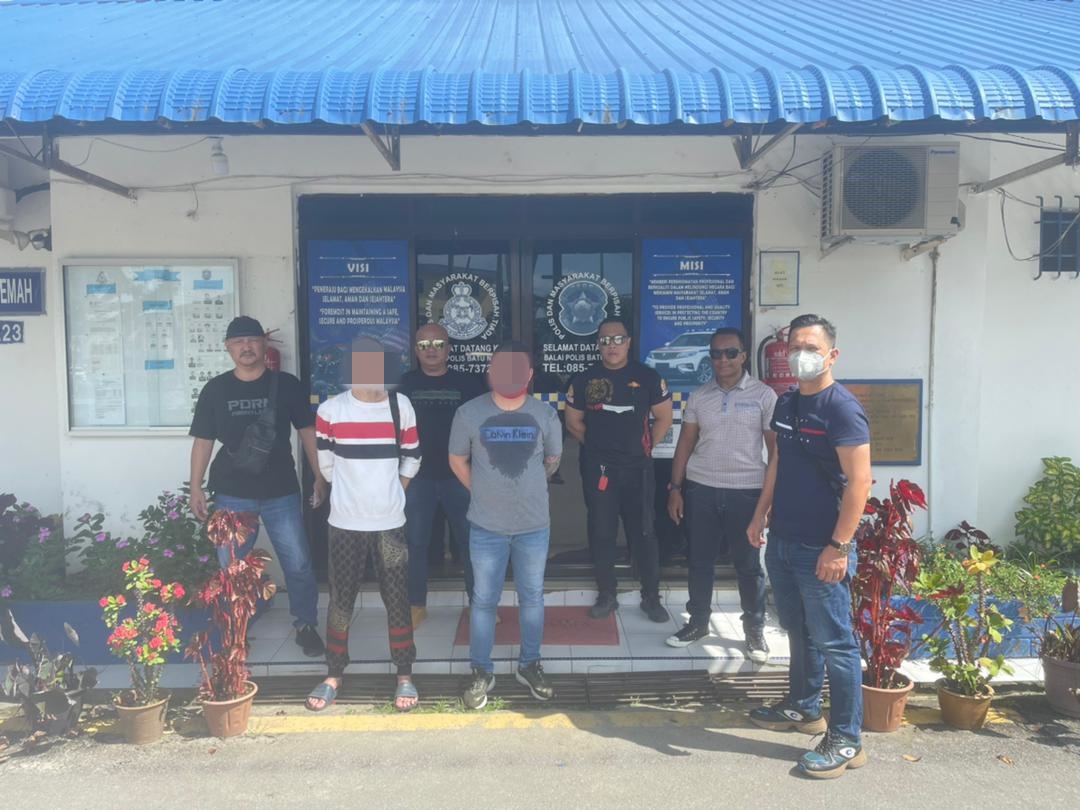 The suspects (front, left and second left) are brought to the police station for questioning.

MIRI (May 9): A tenant suspected of taking off with his landlord’s belongings worth about RM10,000, whilst failing to pay overdue house rental of RM3,000, was arrested by police last Friday.

Based on a report made by the 73-year-old landlord, she had gone to her property in Batu Niah to collect overdue rental totalling RM3,000 from the suspect around 10am on May 3, but the suspect was not there.

According to a source, the senior citizen proceeded to inspect her rental house and discovered that some of her belongings placed there for her tenants to use had gone missing.

Acting on information received, a team from the Miri Crime Investigation Division arrested a 27-year-old man and his friend around 5.30pm to assist in the investigation.

Early investigation revealed the man and his friend had vacated the house in February this year.

The case is being investigated under Section 380 of the Penal Code.