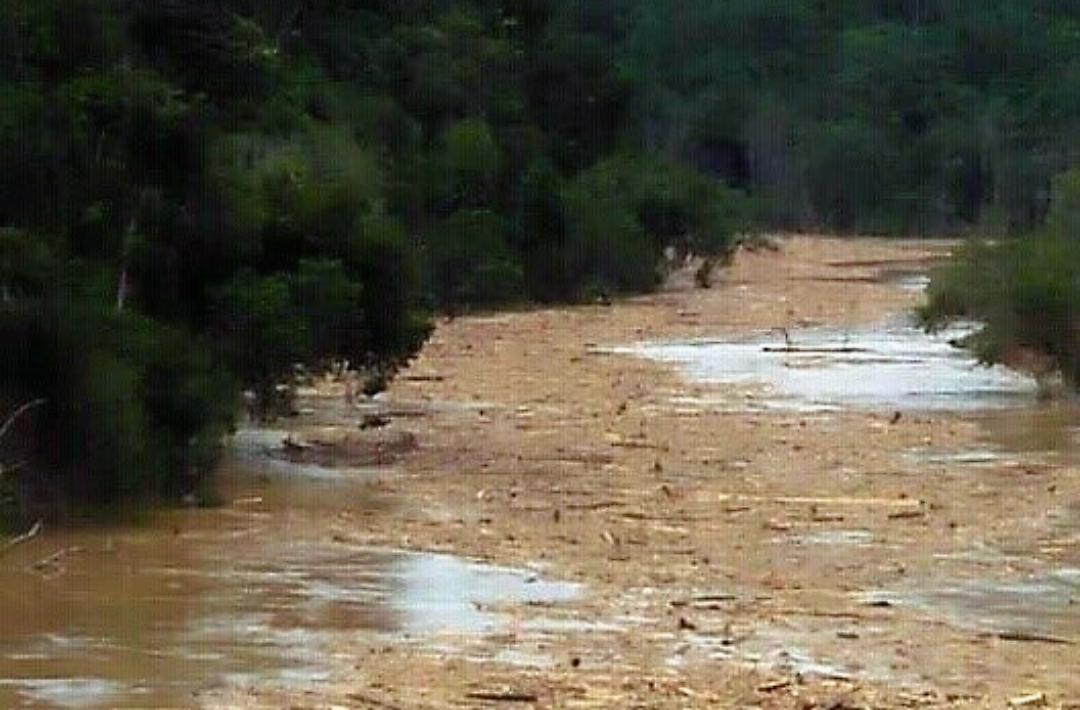 The mini logjam that occurred in Kapit area on Aug 21, 2021. Photo via WhatsApp/Koh Kumbong.

MIRI (Aug 28): Sarawak Timber Association (STA) is grateful to Sarawak Forest Department Sarawak (SFD) for confirming that the logjam at Baleh Hydroelectric dam site was caused by the wood debris being pushed into the river by heavy and prolonged rain.

In a press statement yesterday, STA thanked SFD and other agencies for carrying out speedy preliminary ground verification and aerial surveillance in connection with the reported logjam.

This has created an outcry by various parties and blame has been put solely on the timber companies carrying timber harvesting operation in the Forest Timber Licences within the Baleh Catchment upstream of the Baleh dam site.

STA wishes to clarify that the timber harvesting operation within the Baleh Catchment is carried out only after approval has been given by SFD and permits issued, said the statement.

In addition, the statement said that STA finds it necessary to highlight the difference between salvage logging and selective logging.

It is not a common practice under normal harvesting where selective logging is carried out, and STA wishes to highlight that STA members are using their best endeavours to manage the forests in their concessions in accordance with international standards, added the statement.

In this regard, STA urges all stakeholders to engage and contribute collectively to overcome such challenges. STA also fully supports the Sarawak Governments decision to form a special task force committee to conduct thorough investigation on the incident and find solutions to minimise the risks of it happening again in the future.

STA will give its best to assist the Sarawak Government to mitigate the issues by being part of the task force, it concluded.