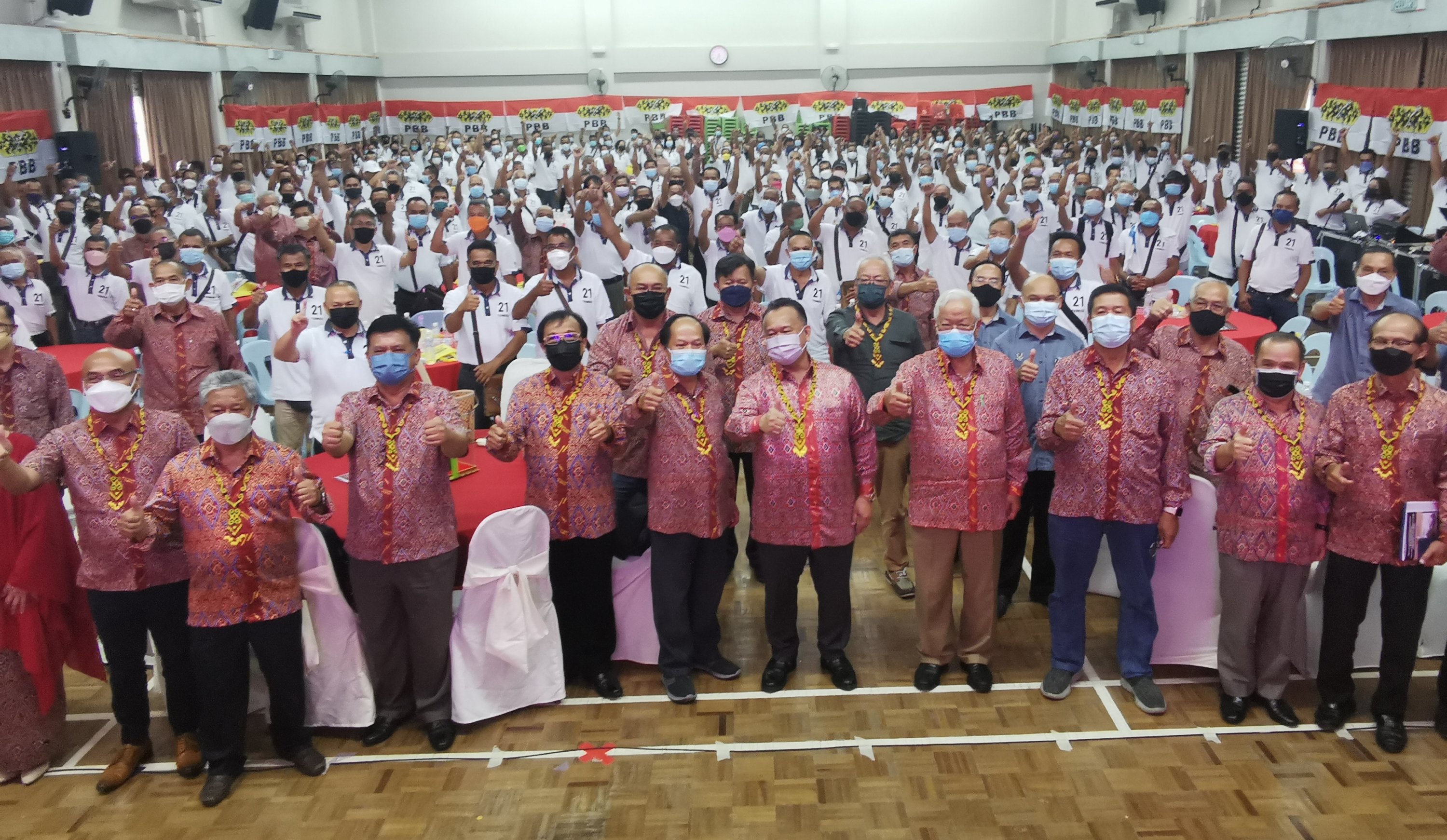 SERIAN (May 9): Parti Pesaka Bumiputera Bersatu (PBB) Tebedu branch has proposed for the top three party posts to be uncontested in the coming PBB Convention next month.

This was included in the five-point resolutions passed by the delegates at the branch’s triennial general meeting yesterday at Balai Tayung Langui, Kampung Pichin.

“PBB Tebedu also resolved that the posts of deputy president of PBB which are currently held by Datuk Amar Douglas Uggah Embas and Datuk Amar Awang Tengah Ali Hassan to be uncontested.

“PBB Tebedu also gives its full trust and undivided support to Abang Johari’s leadership as Premier of Sarawak,” said the resolutions approved at the meeting.

He takes over from Datuk Amar Michael Manyin Jawong who has stepped down from active politics.

John David Nyauh was retained as deputy chairman after defeating challenger Dr Alim Impera in the contest for the branch No. 2 post.

Meanwhile, the PBB Tebedu branch also resolved that the upgrading of infrastructure such as the Customs, Immigration, Quarantine and Security Complex in Tebedu must be accelerated.

It said industrial development needs to activated and developed aggressively in line with infrastructural development.

“PBB N. 21 Tebedu branch resolved that the development and upgrading of public facilities such as Fire and Rescue (Bomba) station, health clinic and other public facilities as promised by Barisan Nasional and abolished during the Pakatan Harapan rule to recommence in line with status of Tebedu which has been upgraded to a full district,” it added.