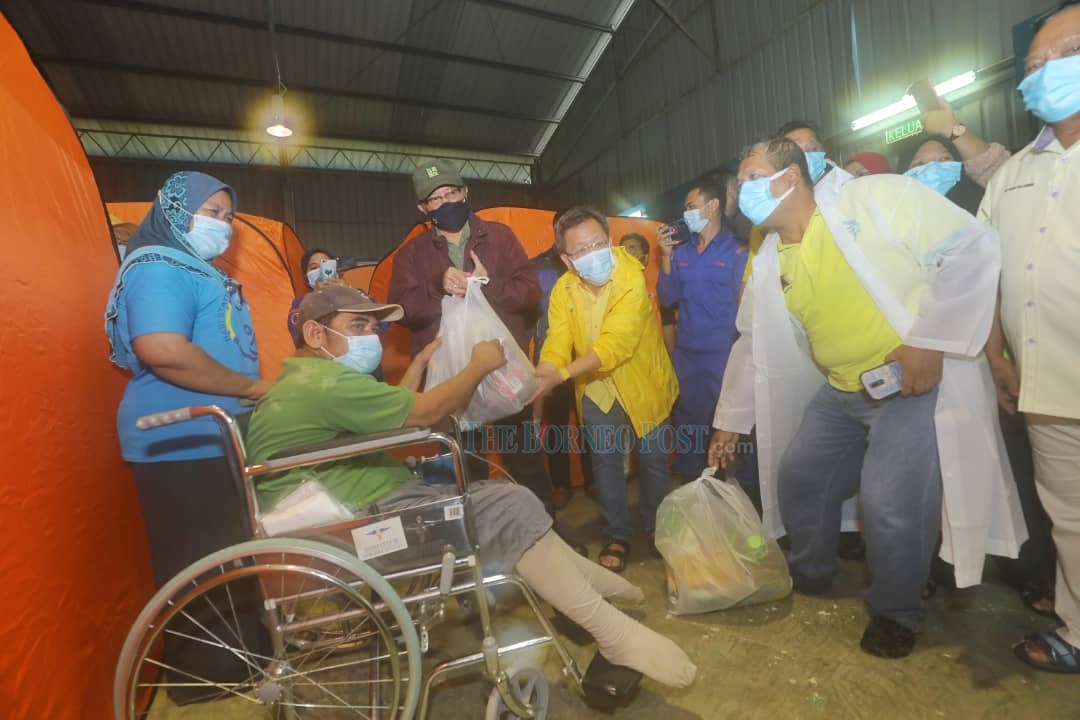 The flooding around this area (Taman Desa Wira) now has been due to heavy downpour and at the same time the King Tide, so it has nothing to do with the drainage problem in this area.

This year, it seems the climate change is unprecedented, he told reporters during a visit to the Kampung Sinar Budi evacuation centre as Dewan Sinar Budi Baru, Taman Desa Wira this afternoon.

He said the government has launched a comprehensive flood mitigation project for the Desa Wira residential area and that a drainage project covering the whole Batu Kawa area had been approved.

The project has started and RM120 million has been approved for the comprehensive flood mitigation project in the whole area of Batu Kawa, he said.

All monsoon drains at the residential area will be upgraded and enlarged. Low-lying roads will be raised to ensure smoother flow of water to the drains.

The earth drains are converted to concrete drains, and you need to make sure that the water can run, thats why it is a mitigation project, he said.

He said that presently, the project was expected to be fully completed in the next three years.

We hoped to do more last year but because of Covid-19, only four to five lanes had begun, and we hope to complete the whole project soon, he said.