No takers for free mediation service offer by SLS 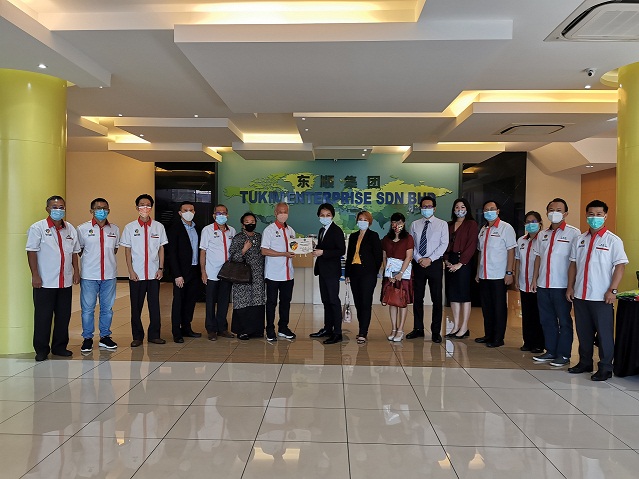 Liew (seventh left) presenting a souvenir to Chin during the courtesy call at SCCC.

He said the mediation centre was established to help resolve disputes if certain contractual obligations cannot be met due to the Covid-19 pandemic.

He said there were nine categories which were eligible for the mediation service, namely construction, performance bond, event, tourism, professional service, lease or rental of non-residential property, religious pilgrimage, hire-purchase agreement and credit sales contract. Applicants of the mediation services must also be Malaysian companies.

Chin said the government has provided SLS with an allocation of RM1.4 million to conduct the mediation services but there was not any takers for the service thus far.

We are now four months in and there are zero takers for the mediation services.

As such, he said the SLS decided to take proactive measures to build awareness about PMC-19, including paying a courtesy call to Sabah China Chamber of Commerce (SCCC) on Tuesday with hopes that information about the mediation service could be disseminated to the members.

He said the application for the mediation services was very simple as it only involved filling out forms online and wait for a response.

Chin said the SLS also promoted mediation as a means to resolve dispute in general as this approach consumed less time and cost.

He said mediation only took one to two days and cost a maximum of RM16,000, which was shared by both parties equally.

With the inflow of Chinese investors, he said the SLS would plan an increasing significant role in assisting foreign investors in the relevant laws in Malaysia and Sabah and address their needs in legal counsel.

We understand that policies vary across countries. Foreign investors require services from local lawyers to avoid wasting time and energy, he said.