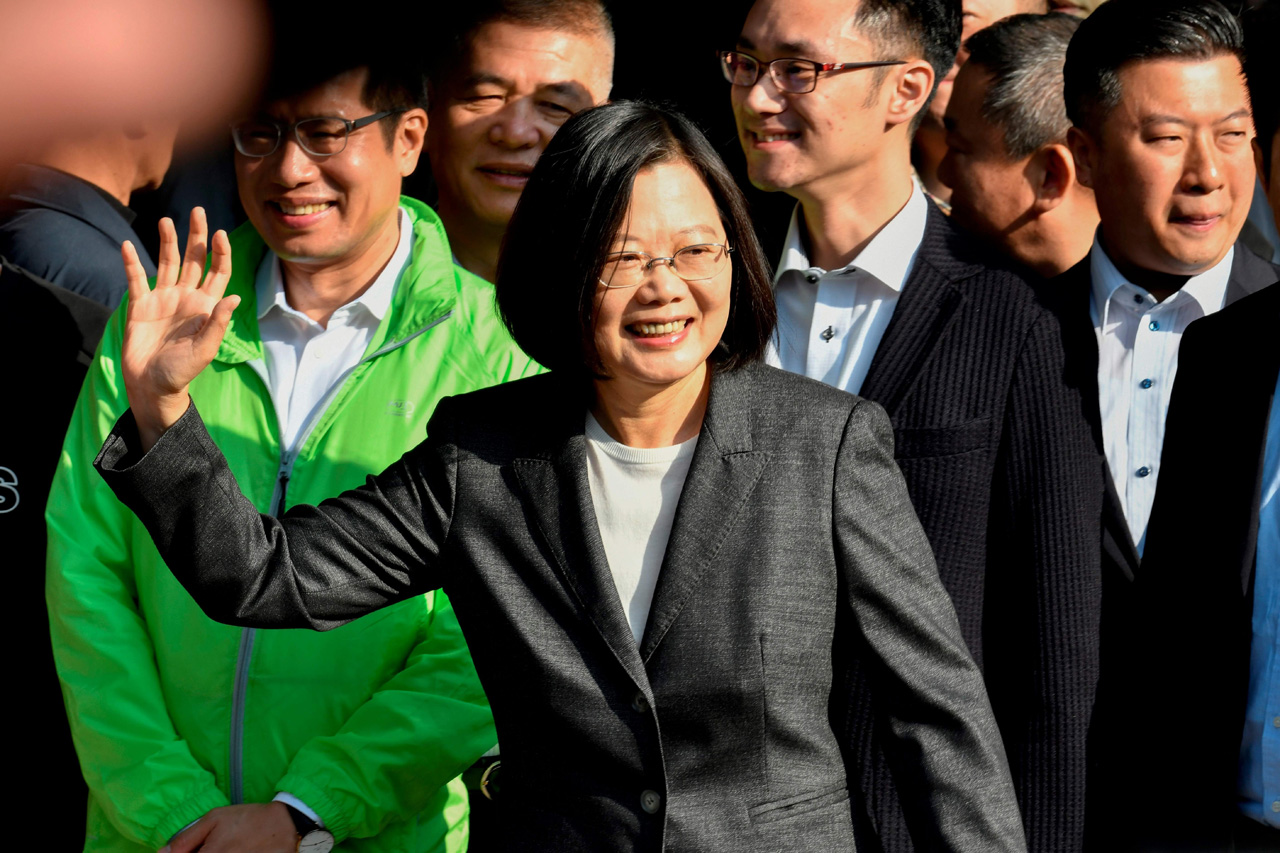 Tsai, 63, announced her victory as thousands of jubilant supporters cheered and waved flags outside her party headquarters with the ongoing vote count revealing an all but unassailable lead.

Official results showed Tsai was romping ahead with 57 percent — more than eight million votes — on Saturday evening. Han trailed behind with 38 per cent.

The Central Election Commission was still counting votes when Tsai declared, but Han knew he could not close the gap.

The result is a huge blow for Beijing, which has made no secret of wanting to see Tsai turfed out and the KMT take her place.

Over the last four years it ramped up economic and diplomatic pressure on the self-ruled island, hoping it would encourage voters to support Tsai’s opposition.

But the strong arm tactics backfired and voters flocked to her Democratic Progressive Party (DPP), fuelled in part by China’s hardline response to months of huge and violent pro-democracy protests in Hong Kong.

Tsai pitched herself as a defender of liberal democratic values against the increasingly authoritarian shadow cast by China under President Xi Jinping.

Beijing views Taiwan as part of its territory and has vowed to retake the island one day, by force if necessary.

Her campaign frequently invoked Hong Kong’s protests as a warning of what might lie ahead should China one day take control of Taiwan.

During her victory speech on Saturday night Tsai said she was committed to dialogue with China’s leaders and wanted peace.

But she called on Beijing to halt its sabre rattling towards Taiwan and respect the idea that only the island’s 23 million inhabitants can decide its future.“I also hope that the Beijing authorities understand that democratic Taiwan, and our democratically elected government, will not concede to threats and intimidation,” she said. AFP