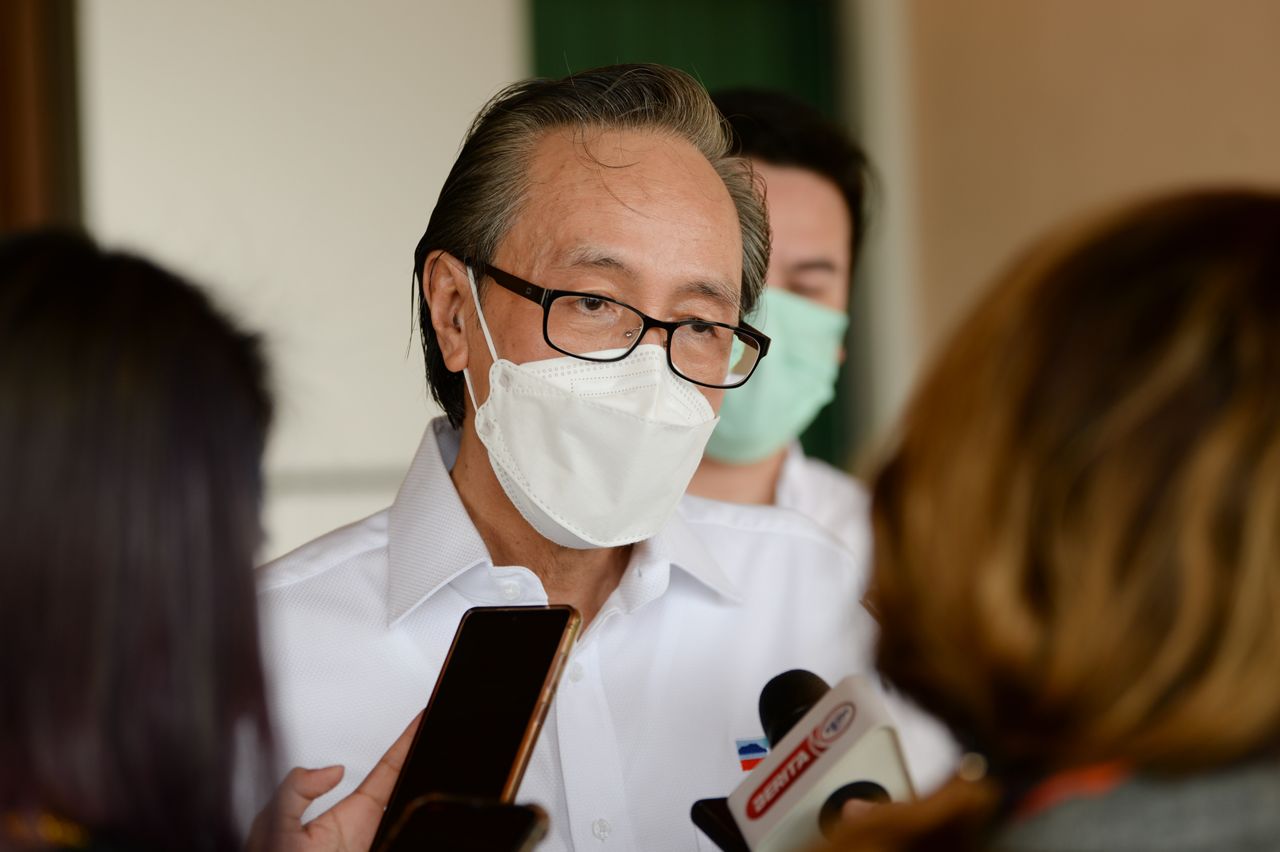 KOTA KINABALU (Jan 13): The alleged issuance of fake vaccination certificates via a syndicate is an act of sabotage to efforts to combat the Covid-19 pandemic, said Local Government and Housing Minister Datuk Seri Panglima Masidi Manjun.

Masidi, who is Sabahs Covid-19 spokesperson, expressed dismay at the individuals who allegedly engaged in such activity despite the threats of Covid-19 posed.
To me, they are sabotaging efforts to combat the pandemic.

They forget that others may suffer the consequences of their actions, as a result of their fraudulent schemes to make easy money.

Masidi said that to the media after representing Chief Minister Datuk Seri Panglima Hajiji Noor in the ceremony to present financial assistance to vernacular and mission schools, churches and temples for the year 2021 and handing over of lions in conjunction with the 2022 Chinese New Year celebrations here on Thursday.

He urged victims of the scheme who mistakenly bought the certificates to get vaccinated immediately.

I understand some may have reservations about the vaccines, more so with widespread anti-vaccination campaigns.

However, life must go on and that is dependent on science and technology.

Our life and death are in the hands of God but God wants us to always be healthy.

Hence, he hoped that those who were still unvaccinated to get inoculated against Covid-19 as soon as possible.

On whether he was aware of how many fake vaccination certificates were issued in Sabah, Masidi said the case would still be regarded as an allegation until there was hard evidence to show otherwise.

We cannot point fingers at something that has not been proven yet.

He also hoped that the police would investigate the allegations and prosecute the perpetrators in court.

Nonetheless, he said the gravity of the offence might not translate to severe punishment in court.

My hope is for those involved to stop doing activities that could harm the people of Sabah.

There are other ways to earn money that do not involve fraud.

On the number of unvaccinated teachers in Sabah, Masidi said he did not have the figures and he would leave it to the Education Ministry to take appropriate action against teachers who were not inoculated.

Although Covid-19 vaccination is not mandatory, he urged everyone, especially those who deal with large number of people daily including teachers, to get vaccinated.

He said unvaccinated teachers would be exposing their students to the risks of infection, particularly pupils under 12 years old who were not eligible for vaccination yet, as well as to people around them.

To another question, Masidi said Covid-19 fatalities mostly involved people who were unvaccinated, or vaccinated individuals with underlying medical problems.