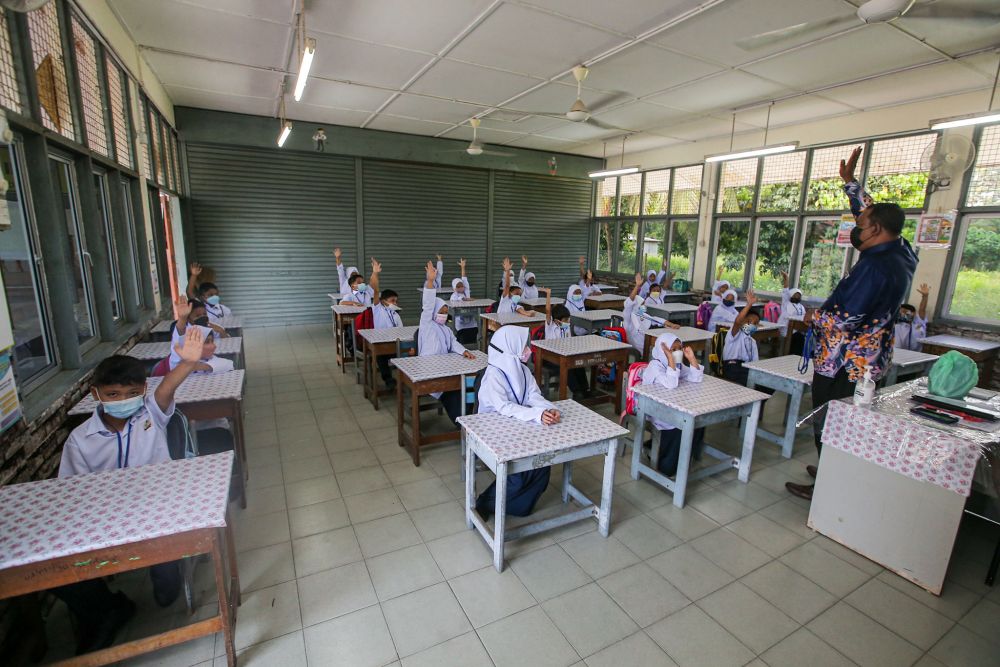 KUALA LUMPUR (May 11): Malaysian students are generally comfortable with returning to physical classes for the new school year, according to a nationwide survey, which showed students, on average, rating their comfort level of returning to school at 6.8 points out of 10.

The survey titled Student Voice Matters 2022 by social enterprise Project ID showed that while students want a return to socialising with their peers, some are also anxious about returning to school.

Students are excited to go back to school. From what they have indicated, the ability to engage with their teachers more directly in physical classes and to focus better was something they have really missed during online classes. Kelvin Tan, chief executive officer of Project ID said.

Students tell us that being able to socialise with their peers again has led to an increase in their motivation to learn, and returned a sense of community to their learning experience, he added.

Both secondary and primary school students began attending face-to-face classes in full attendance beginning April this year, after a long hiatus due to the Covid-19 pandemic.

Approximately 45 per cent of respondents indicated that they had positive emotions towards returning to schools, such as trust, happiness and anticipation.

Another 30 per cent had mixed feelings, largely attributed to anxieties interacting with their peers due to the extended absence of physical interaction, health and safety concerns, and stress from catching up with schoolwork.

The survey also found that while 53 per cent of Malaysian students prefer having fully physical classes, 40 per cent of respondents wanted some form of online and offline learning combination in their curriculum.

A popular suggestion from students is to incorporate digital notes & slideshows in the physical classroom. said Tan.

The survey by Project ID involved 1,140 students across all Malaysian states, and was conducted between February 23 and March 23.

Project ID is a Malaysia-based initiative helping expose local students to various education and leadership programmes, as well as advocating for students to be involved in decision-making regarding their education and schooling. – Malay Mail