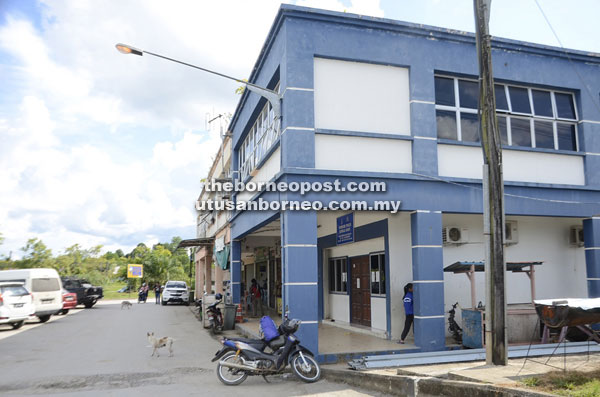 KUCHING: The setting up of a police station in Sungai Asap is still pending the acquisition of a piece of land in the Bakun Resettlement Scheme area, said Deputy Minister of Home Affairs II Jonathan Yasin.

The proposed location for the project has already been identified and the process to acquire the land is still ongoing, he said in a reply to Datuk Wilson Ugak Kumbong (GPS-Hulu Rajang) during question time at the Dewan Rakyat today.

Jonathan said the police was currently renting a shop lot in Punan Land District, Sungai Asap, in Belaga with a rental of RM3,000 per month, without counter facility.

The inclusion of the project into the 12th Malaysia Plan will be made once the land issue is settled, said Jonathan, who added the current police station has a sergeant, a corporal and two lance corporal police personnel being stationed there.

As for the suggestion to upgrade Belaga police station and Kapit police headquarters, Jonathan said they would be considered to be included in the Royal Malaysia Police Strategic Plan Project Programme 2021 to 2025 to ensure the safety of the people in rural areas.

At the moment, Jonathan said the ministry and the police were prioritising the construction of existing projects and upgrading works for old premises of the police force.

Nonetheless, the proposed projects (of Belaga police station and Kapit police headquarters) will be considered to be listed in the rolling plan after evaluation on its importance has been undertaken and subject to projects approval under the 12th Malaysia Plan by the Prime Minister Department Economic Planning Unit, said Jonathan.

He assured the Hulu Rajang MP his commitment that the matter on enhancing the police forces service in his constituency will be taken more seriously so that the process of acquiring the land can be expedited and an alternative plan would be proposed if the issue is not resolved.