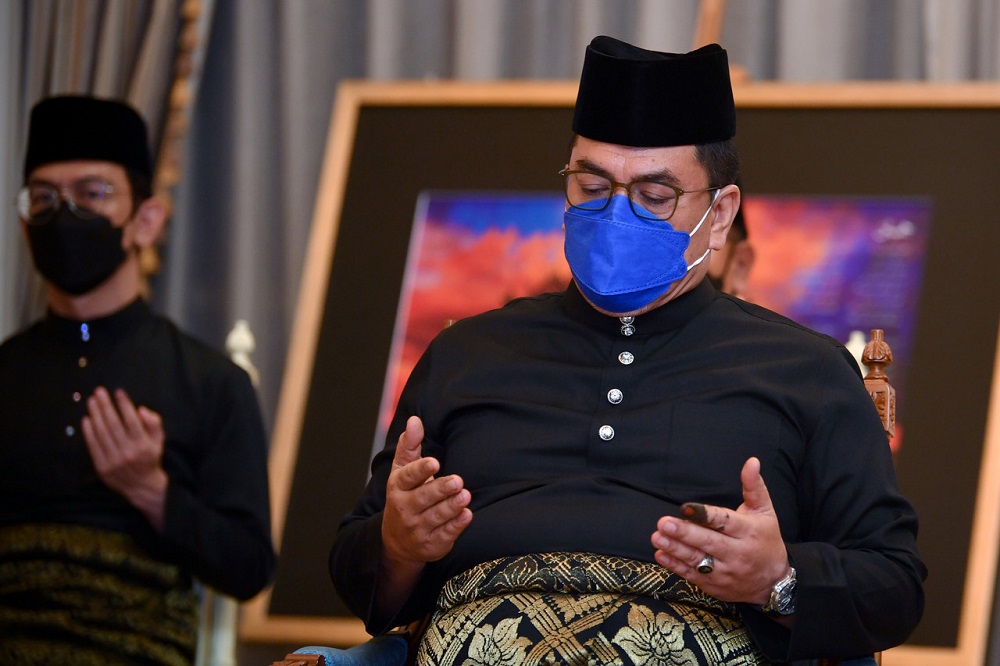 In the wee hours of the morning today, Sulaiman, 55, took his oath of office, loyalty and secrecy before Melaka Yang Dipertua Negeri Tun Mohd Ali Rustam at Dewan Seri Utama of the Governors Office here.

This is the second time Sulaiman has been appointed the Melaka Chief Minister, after having been sworn in the first time in March last year after the then Chief Minister Adly Zahari lost the majority support in the state assembly.

Sulaiman is married to Datin Seri Munira M. Yusop, 54, and the couple has two sons and a daughter.

He was elected as Lendu assemblyman in the 13th General Election (GE13) in 2013, defeating PAS candidate Asri Shaik Abdul Aziz with a 2,503-vote majority and retained the seat in the GE14 in 2018.

From 2013 to 2018, Sulaiman served as the State Economic Planning, Investment and Industry Committee deputy chairman.

In yesterdays state election, he retained the seat again with a massive 3,104-vote majority against Abdullah Mahadi of Perikatan Nasional and Muhammad Asri Ibrahim of Pakatan Harapan.