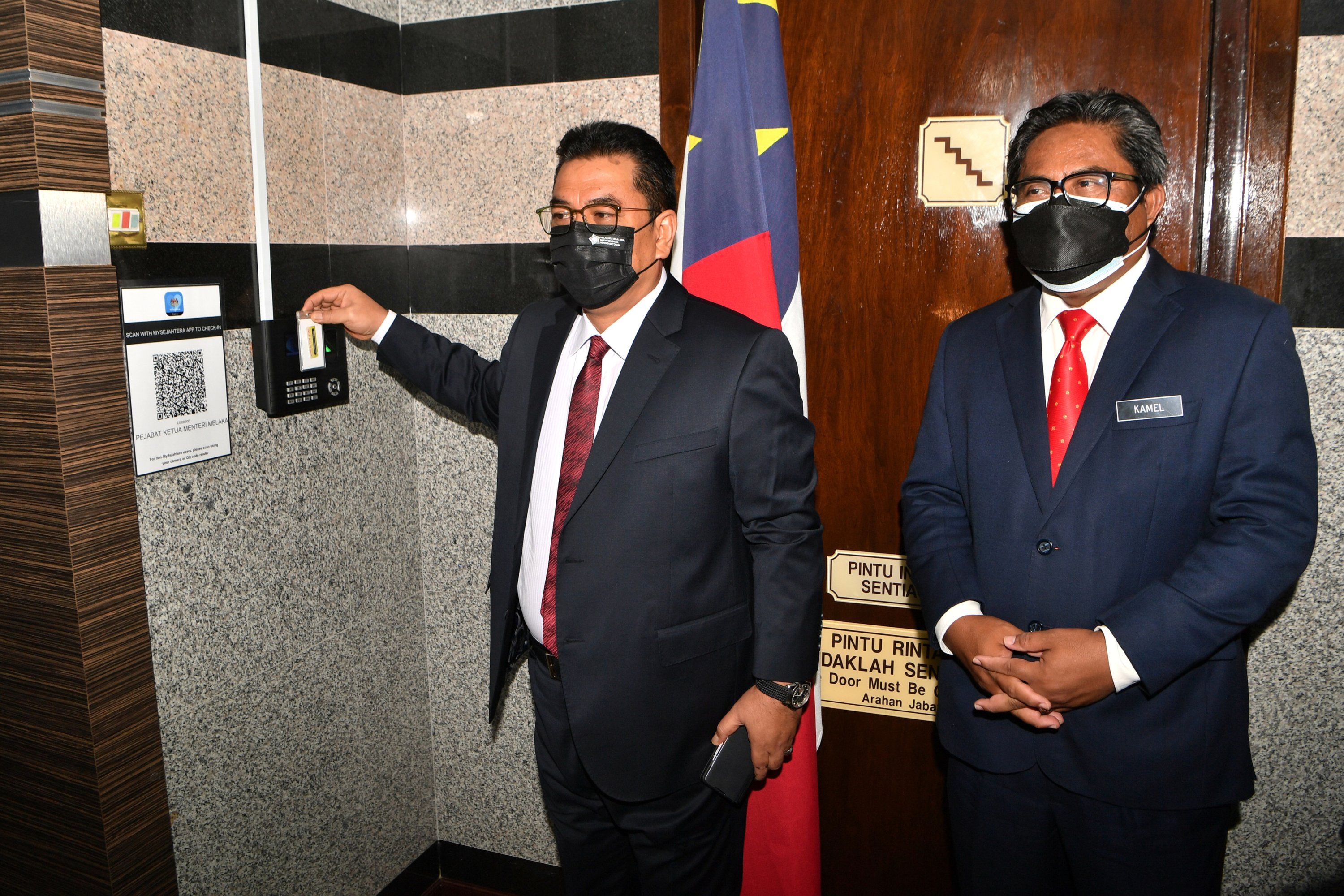 Sulaiman, 55, was greeted by State Secretary Datuk Kamel Mohamad and staff from the state administrative office when he arrived in his official vehicle at 8.25am.

He then clocked in at the office entrance at 8.30am before attending a brief ceremony and a photo session with state departmentheads.

This is the second time Sulaiman has been appointed the Chief Minister after having been sworn in the first time in March last year.