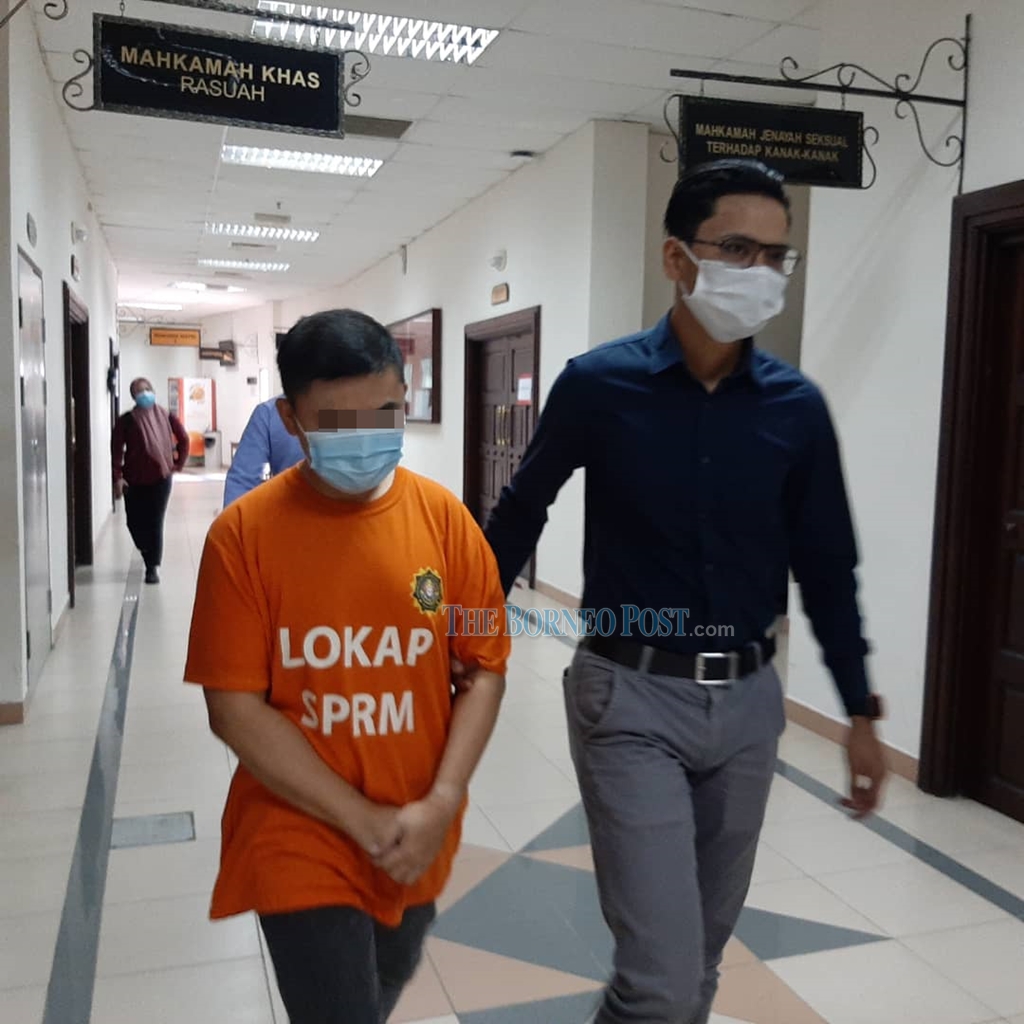 The sub-contractor arriving at court for the proceedings this morning.

KUCHING (Sept 17): A sub-contractor who was arrested by the Malaysian Anti-Corruption Commission in its probe into alleged false claims involving a RM800 million rural road project was released today on RM50,000 in one local surety.

Deputy Public Prosecutor S. Thangavelu told Magistrate Zubaidah Sharkawi that the MACC has completed its investigation on the 44-year-old subcontractor.

He was arrested at the commissions office here at around 6.30pm on Monday and was remanded for two days.

The sub-contractor is the third person to be remanded after two company directors with the title Datuk, aged 44 and 42 years old, were remanded last Wednesday.

The two Datuk were released on RM100,000 MACC bail each on Sunday.

Last Thursday, the MACC failed to secure a remand order against a lawyer to facilitate their investigation into the case after Zubaidah ruled that the MACC could not satisfy the court that it had sufficient evidence to link the lawyer to the case when applying for a seven-day remand order.

The case is being investigated under Sections 16 (b), 17 (a) and 18 of the Malaysian Anti Corruption Commission Act 2009 which provides for imprisonment for a term not exceeding 20 years and a fine of not less than five times the sum or value of the gratification, upon conviction.

In its statement last week, MACC said the works done were not in accordance with the Public Works Departments (JKR) standard and the roads were damage a few months after they were completed.