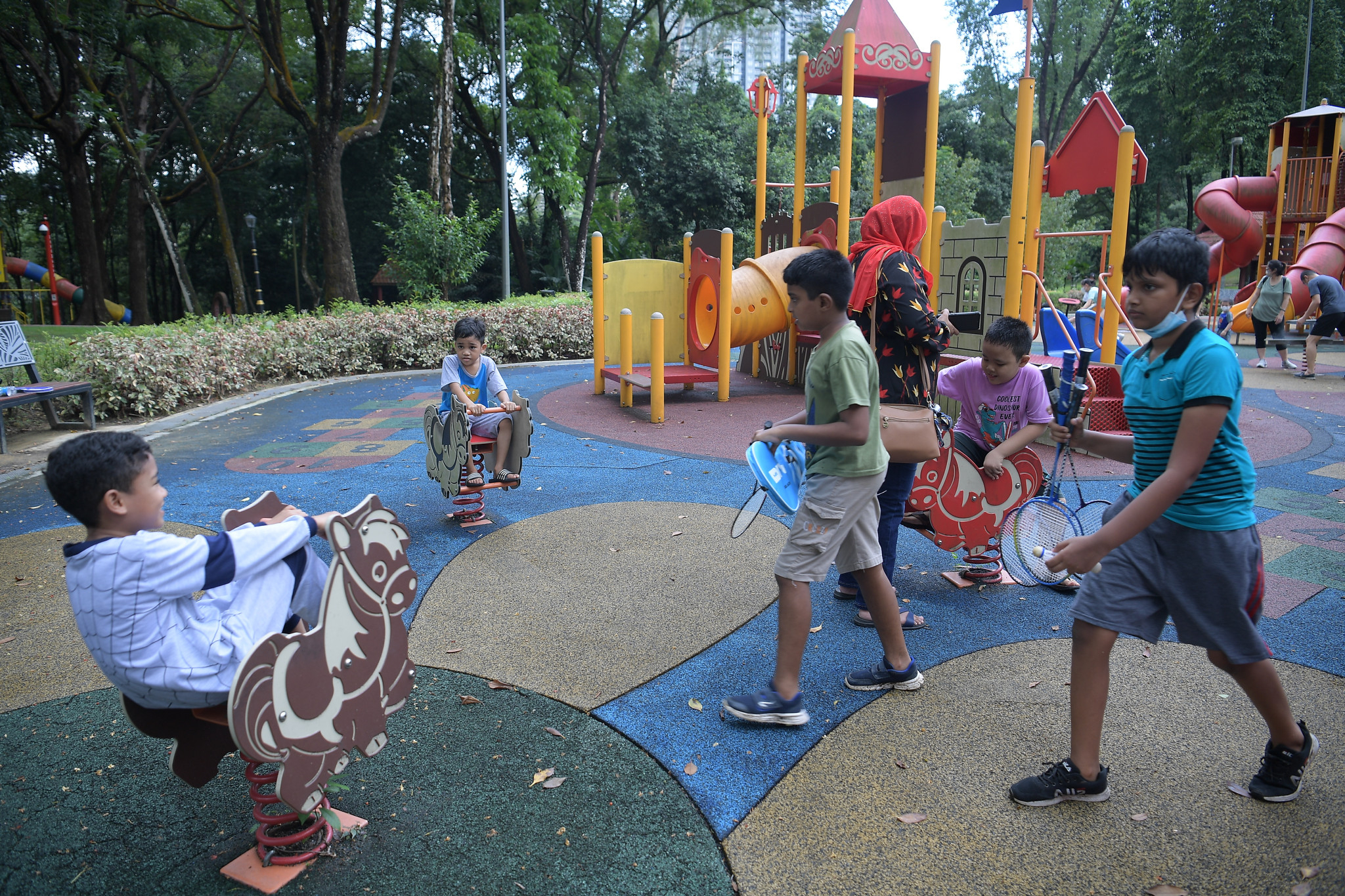 Children are seen in a playground in Kuala Lumpur on May 3, 2022. — Bernama photo

One in every five Malaysian children is stunted and Malaysians need to pay attention. This will affect us all.

KUALA LUMPUR (May 13): Apa masalahnya kalau anak saya pendek sikit? Biasalah tu, anak orang Malaysia. Takkan nak besar macam Mat Saleh. (So what if my childs a little short? Its common for Malaysian children (to be shorter in height). We cant expect them to be as tall as Caucasian children).

The myth has always been that a childs height is dependent on their genetic makeup. The common misperception is that if youre Asian, its okay for your child to be on the shorter side.

However, an extensive study conducted over six years has shown that all children have the same potential to grow during the first five years of life,regardless of race or ethnic origin.

This means that until the age of five, all children worldwide no matter their genetic or ethnic background can grow up to about the same height.

It was discovered that nutrition, environment and healthcare were bigger factors when it came to influencing growth.

What is more important, however, is to understand that stunting is not just about a child being shorter than his peers.

Studies have shown that stunted children perform worse is school, get lower paying jobs as adults due to reduced cognitive function and are more prone to obesity and a host of other illnesses in adulthood.

So whats the problem? one might ask. Just correct their diet until the child achieves their growth potential.

Unfortunately, you cant. Stunting is largely irreversible. This means a child cannot recover height in the same way they can recover weight.

According to the World Health Organization (WHO), if the problem is not caught and corrected before the age of two (within the first 1,000 days of life), a child may have to spend an entire lifetime dealing with the repercussions of stunting.

But to understand how serious this truly is for Malaysia and its people, we need to look into the lifetime and generational costs of stunting.

High stunting rates affect you too

Stunting is the inability of children to reach their potential height for their age.

How is a childs height a problem for the rest of us?

And these problems will eventually take a toll on the countrys socio-economy.

This is because stunting reflects a childs nutritional deficiencies during the critical 1,000-day period covering pregnancy and the first two years of the childs life. A childs growth and brain development is most rapid during this period, and most sensitive to nutritional disruptions.

According to the 2019 National Health and Morbidity Survey (NHMS 2019), 21.8 per cent of children in Malaysia are stunted.

Imagine a generation of adults where a fifth of them display compromised cognitive function, causing them to receive fewer professional opportunities and earning less.

This is why stunting can result in serious social and economic costs for the labour market and overall economic development of the country, says Kok, who is a research analyst at the Jeffrey Cheah Institute on Southeast Asia and the Jeffrey Sachs Center on Sustainable Development.

Countries lose, on average, 7 per cent of per capita income because of stunting, according to a World Bank study by Galasso and Wagstaff.

Studies further show that stunted individuals tend to have lower immunity, making them susceptible to even simple infections.

This will ultimately add on to the burden of the public healthcare system.

Worse still, researchers found the consequences of stunting can span generations. Women who were stunted as children are at greater risk to bear stunted children, repeating the vicious cycle for generations.

The WHO defines a child as being stunted if their height-for-age is more than two standard deviations below the WHO Child Growth Standards median.

This is disheartening because stunting rates across the world have actually been improving in the past 20 years. Malaysia, however, is showing a rise in stunting prevalence since 2010.

Malaysias stunting prevalence was also higher than that of other middle-income countries included in the data such as Ghana (18.8 per cent), Mexico (12.4 per cent), Kazakhstan (8 percent) and Macedonia (4.9 per cent).

If you think stunting is a problem more prevalent in poorer households, youre right partially.

The NHMS 2019 data revealed that even children from households with a monthly income of greater than RM10,000 suffered from stunting.

At 9.1 per cent, this is still higher than the 6.0 per cent benchmark of upper middle-income countries, suggesting the problem is prevalent across all income groups.

Stunting is also high across all ethnicities. NHMS 2016 data showed the lowest prevalence is among the Chinese, but at 14.1 per cent, this is still quite high. Although stunting rates fall as maternal education improves, the rate of stunting among children of mothers with tertiary education is still high at 18.6 per cent.

The mothers employment status seem to influence stunting rates, with a 38.3 per cent stunting rate among children of unemployed mothers. However, rates remained high even among those with mothers who work in the private sector (19.4 per cent) and the government service (21.7 per cent).

It is evident from the data that the problem of stunting does not occur within pockets of society but affects Malaysia as a whole. There is no denying it – Malaysia has a serious problem with malnutrition. Unless it quickly and effectively address the issue, the coming generations would have to deal with the many repercussions chief of them compromised economic growth. — Bernama