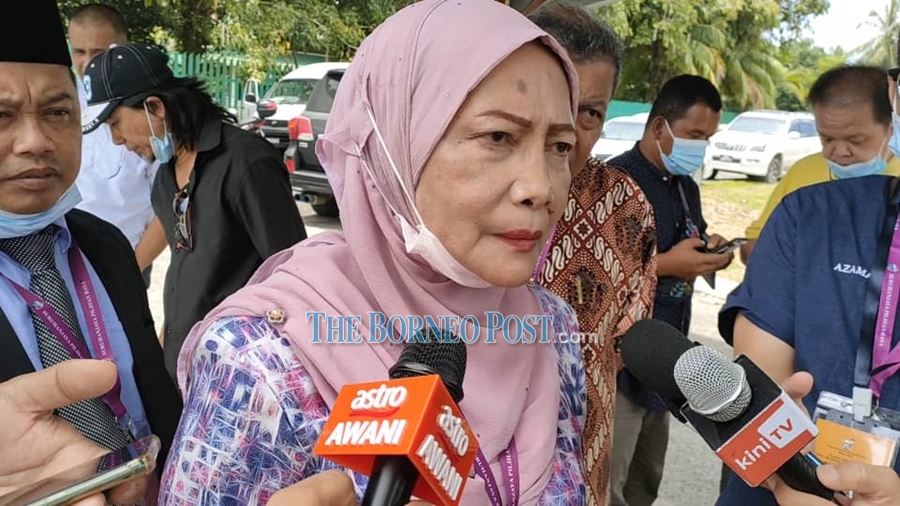 SANDAKAN (Sept 12): Parti Warisan Sabah (Warisan) candidate for Sungai Sibuga Datuk Armani Mahiruddin today described the incumbent, Tan Sri Musa Aman, as a spent force, adding that it was now her time to take over developing the seat if she won.

“What I can say is his strength has passed. He had held this seat for a long time, but we still see a lot of areas that desperately need development and improvement. However, I still respect him as a former Chief Minister,” she told reporters here.

Armani, who is a sister of Sabah Head of State Tun Juhar Mahiruddin, has been in politics for 24 years, but it is her first time contesting for a seat in an election.

“I am grateful to Chief Minister and Warisan president, Datuk Seri Panglima Shafie Apdal, for giving me the opportunity to serve the people.

“I believe, having been (Umno Women Chief) here for 22 years (before joining Warisan), I know the area and the people well enough to know what they need and what could be improved on.

“If I am elected, besides development in rural areas and villages here, I will also focus on the welfare of those in need. I would like to be known as Yang Berkhidmat (one that serve) rather than Yang Berhormat,” she said.

Armani is one of five candidates who are contesting in Sungai Sibuga, which was represented by Musa for the past five terms since 1999.