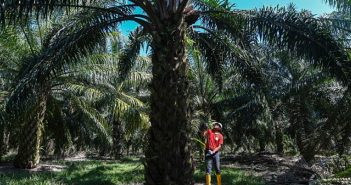 Export demand for CPO will continue to be weak given the possible slower restocking activities in coming months and a stronger ringgit. — Bernama photo

This comes as August’s palm oil inventory increased marginally by 0.1 per cent month on month (m-o-m) to 1.7 million metric tonnes (MT), marking the first monthly increase since May 2020.

“We opine that CPO restocking activities seem to be at its tail end and lower CPO consumption in the hotel, restaurant, and catering segment amidst the worsening Covid-19 pandemic in major export markets especially India.

“Moving forward, we expect stockpiles to trend upwards in anticipation of the upcoming peak production period and moderated export demand.”

MIDF Research believe that export demand will continue to be weak given the possible slower restocking activities in coming months and a stronger ringgit.

“We also remain concerned on demand headwinds such as the resurgence of Covid-19 outbreak which lead to intermittent and extended lockdowns, especially from India where the outbreak remains rampant,” it continued.

“August’s production level increased by 3.1 per cent m-o-m to 1.86 million M and it was higher than the Bloomberg consensus by +.2 per cent. We opine that the higher output could be partly due to the holiday-shortened month of July as workers celebrated Hari Raya Aidiladha which lead to delayed harvesting of the fresh fruit bunches into August.

“Moving forward, we expect production to continue to increase in the coming months as the palm oil industry is entering into its usual peak production period which is expected to last until October.”

Production could also be further boosted by more aggressive fertiliser application during the beginning of the year in view of the supportive palm oil price, the research house added.