State parties have learnt a lesson after being in BN, says Abang Johari 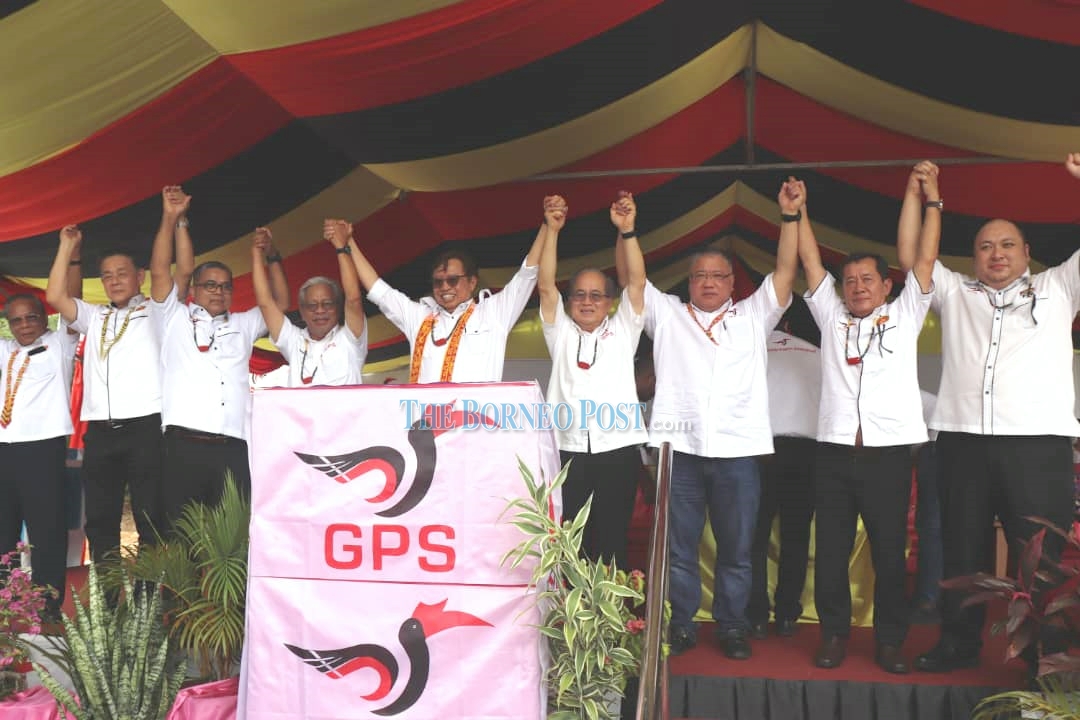 KANOWIT: Chief Minister Datuk Patinggi Abang Johari Tun Openg has said that the four main political parties in the state had “learnt a lesson” while in Barisan Nasional (BN).

“In BN, the policy is consensus. If we want to talk about oil and gas, we have only for component parties from Sarawak versus nine other component parties in BN,” he said when officiating at the launching of Gabungan Parti Sarawak (GPS) Zone 11B roadshow at the Kanowit new market here today.

“That’s consensus. So there are weaknesses in BN,” he said.

“Within this belt, we will develop infrastructure such as electricity and water and open up land including Native Customary Rights (NCR) to develop commercial agriculture.

He also assured that the state government will provide funds under the 12th Malaysia Plan for the NDA.

He added that the objectives of NDA were to honour the sacrifices of Nanga Tada, Nanga Ngungun and Nanga Tada resettlers and to develop proper infrastructure and coordinate socio-economic development programmes.

State parties have ‘learnt a lesson’ after being in BN, says Abang Johari Borneo Post Online.