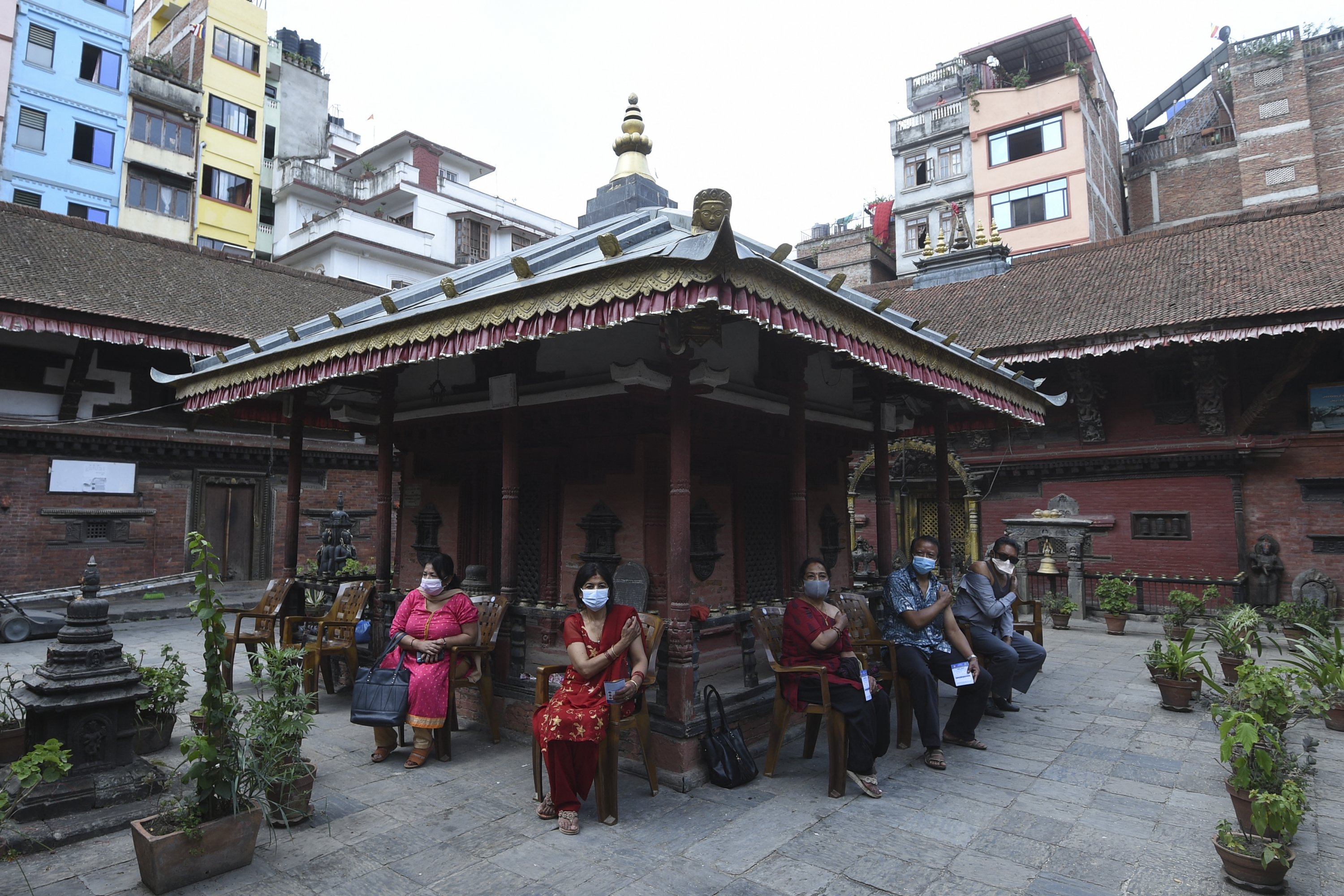 Nepal halted inoculations at the end of May after its stock of AstraZeneca shots and Chinese Sinopharm jabs ran short.

The programme resumed on Tuesday after a million more Sinopharm doses arrived from China, the only country that has so far responded to its appeals for help.

India had previously supplied Nepal with the AstraZeneca vaccine from its manufacturer Serum Institute but in March froze vaccine exports as infections soared domestically.

“Nepal has sent requests to many countries including both neighbours, US, Russia, and other countries but no additional vaccine has arrived yet,” health ministry official Samir Kumar Adhikari told AFP.

Barely 2 per cent of the country’s people are fully vaccinated.

Around 1.3 million people received one AstraZeneca dose in March but have since been unable to get a second.

Sri Lanka meanwhile has been aggressively rolling out China’s Sinopharm jab after receiving two million doses in the past week.

Yesterday the programme was opened to pregnant women.

The island, in the middle of a ferocious third wave of infections, announced last month it was also buying 13 million Sputnik V vaccines from Russia.

The country has also asked Japan for 600,000 AstraZeneca jabs so it can offer a second dose to people who received a first shot, the president’s office said Wednesday.

Elsewhere in the region, Bangladesh has been giving only second doses of the AstraZeneca shot since late April as supplies dwindle.

Momen said his country has sought two million AstraZeneca doses from the United States, which has announced it plans to export 80 million vaccine doses around the world.

A Pfizer consignment also reached Dhaka last week under the Covax initiative, a programme backed by the World Health Organization to distribute vaccines to poorer nations.

India has not said when exports might resume. On Tuesday it said it had ordered 440 million doses from Serum and local producer Bharat Biotech for use in India.

It has also made an advance order for 300 million doses of a vaccine — yet to be approved — made by Hyderabad-based Biological E. — AFP