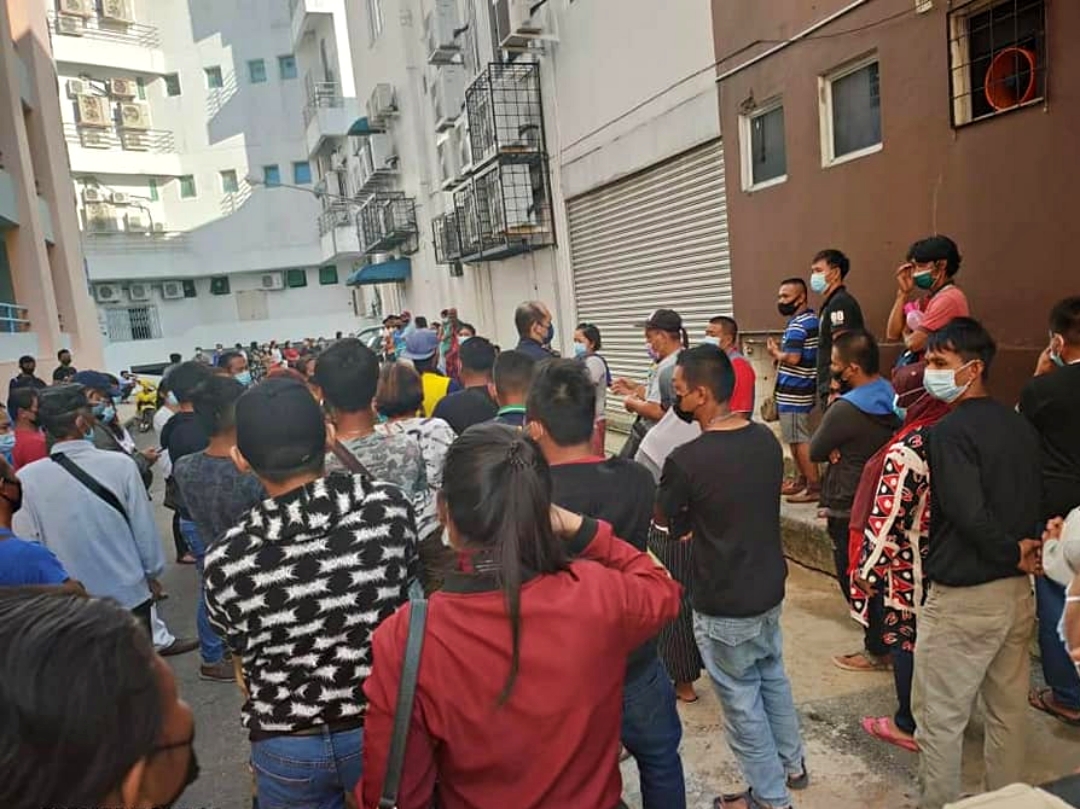 Photo of the queue to BSN all the way behind the Waterfront Commercial Centre in Miri on Aug 25, 2021.

MIRI (Aug 26): Some members of the public had to line up for five hours yesterday to withdraw money from the government aid programme at the Bank Simpanan Nasional (BSN) branch in the Waterfront Commercial Centre here.

They had to come as early as 4am to beat the crowd, a situation which shocked Assistant Minster of Tourism, Arts and Culture Datuk Sebastian Ting.

This is sad and shocking as this means that they are already up about 3am. We really need to find a solution to resolve this problem for the people, he said when contacted for .

Ting believed many of them came from outstation and had no bank account with BSN, or their account had expired, prompting them to head to the BSN city branch to cash their vouchers.

He also hoped the authorities and the bank itself come up with measures to address the matter.

He suggested that the numerous post offices in the state could be roped in to disburse government aid to the people.

The state government can propose this to the federal government to make this arrangement which can save time and money for the people outside urban centres, he said, adding post offices have the capability and competency to handle cash transactions and can handle the task of disbursing government aid.

The big crowd at the BSN branch since Tuesday was due to the bottleneck caused by the temporary closure of the banks other branch in Permyjaya township.

The city branch at Waterfront Commercial Centre only opened on Tuesday after being closed as preventive measure to curb the spread of Covid-19 infections.

Ting meanwhile called up the branch and was informed of the cause of the long queue.

The branch management has introduced numbering system today with 100 slots for today, and likewise for working days until Aug 30, while officers stretched opening hours to serve as many customers as possible yesterday (Tuesday), he said.