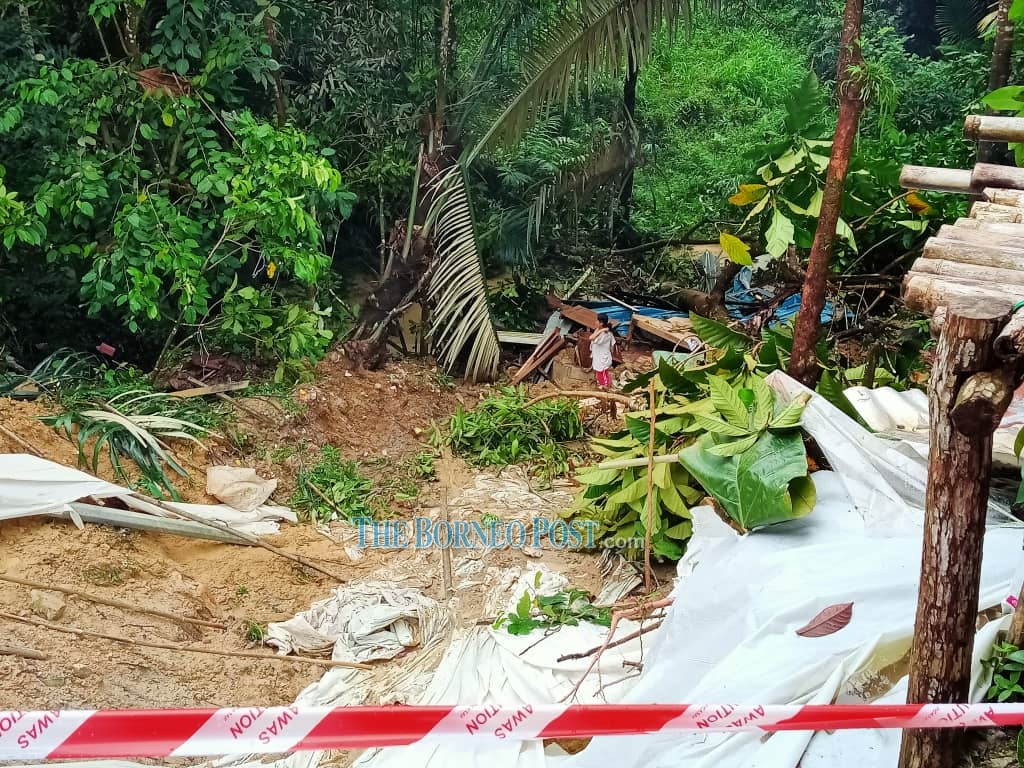 The house was completely leveled after it was hit by a landslide in the wee hours of the morning on Jan 13.

KUCHING (Jan 14): A house belonging to a single mother at Kampung Annah Sadir in upper Padawan was completely collapsed in a landslide caused by heavy rain early yesterday (Jan 13) morning.

According to Ketua Kaum Sagu Bakong, the incident occurred at around 3.30 am on Wednesday.

The house belonged to Catherine Kos Gusap, who just had her house renovated before it was destroyed in the landslide.

He said the landslide also almost caused the destruction of another nearby house belonging to Catherine’s son, Roger Sasam.

“The sad thing is that Catherine just had her house renovated but now the whole thing has collapsed to the ground.

“However, the good news is she is alive because on the night the house collapse in the landslide, Catherine was sleeping in her son’s house,” he said in statement issued through Parti Sarawak Bersatu (PSB) Mambong chairman Sanjan Daik. 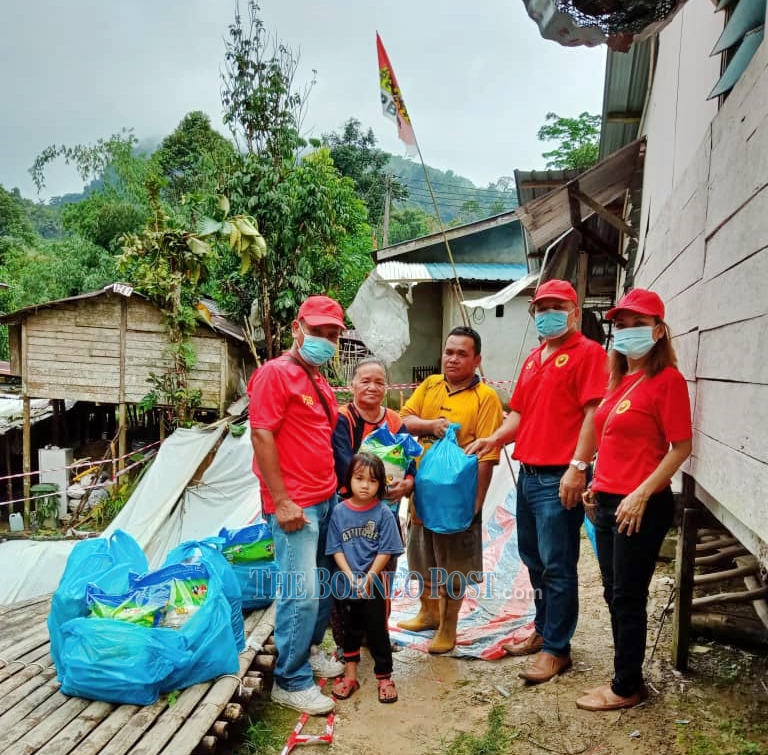 Sanjan, who went to the site and presented food rations to the victim said it was lucky that there were no casualties in the incident.

He said the landslide also brought down one of the electricity posts, which was erected in the same location.

Sanjan urged the authorities concerned will come forward to provide assistance to the victim, who is a single mother.