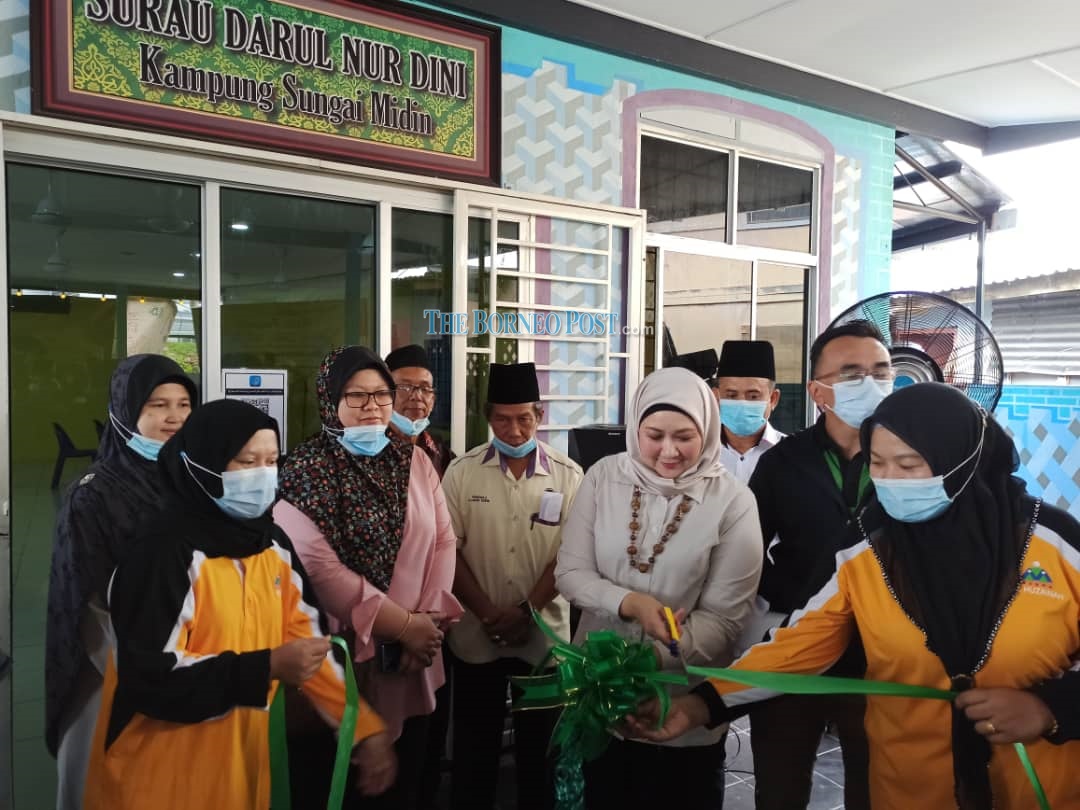 KUCHING: Samariang incumbent Datuk Sharifah Hasidah Sayeed Aman Ghazali will do her best to defend her seat in the upcoming state election if she is given the chance to do so by the Chief Minister Datuk Patinggi Abang Johari Tun Openg.

Sharifah Hasidah, who is also Assistant Minister in the Chief Ministers Department (Law, State-Federal Relations and Project Monitoring), said that all candidates who would be fielded would be decided by the Chief Minister as the Gabungan Parti Sarawak (GPS) chairman had the prerogative.

“If he gives me the chance again, insya-allah, I will defend it and do my best.

“All candidates are the Chief Minister’s prerogative, who will be contesting where, who is not contesting, all are up to the Chief Minister,” she told reporters at the Surau Darul Nur Dini upgrading works completion event at Kampung Sungai Midin today.

Asked on if she knows who the opposition will be fielding in her constituency, she said she did not know, but she was ready for any competition.

She added that she has been taking care of her constituents well with the help of implementing agencies and party members, and the people could see many things being carried out by GPS.

“We can see many changes and development in Samariang the whole time under GPS, and I’m confident the people here are smart and able to tell who they should lend their support to. I believe they can see the GPS government’s efforts in developing the state and N7 Samariang area,” she said.

Sharifah Hasidah first won the seat in 2006 in a direct fight with Wan Zainal Abidin Wan Senusi (Keadilan) and won with 2,488 majority votes. She has served four terms now. She contested under the Barisan Nasional flag for the first three terms and the fourth term in 2018 under GPS.