Sharifah Hasidah: Petronas expected to pay up over RM2 bln in SST by end of Sept 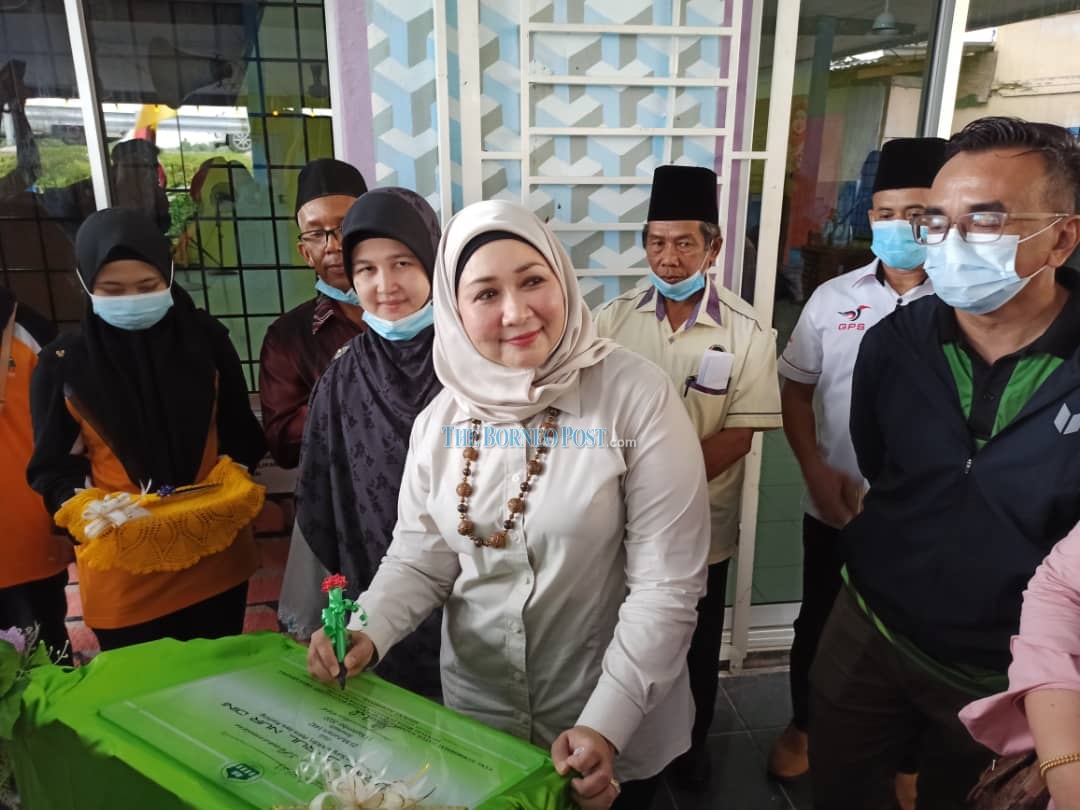 Sharifah Hasidah signing the surau plaque at the event.

KUCHING (Sept 13): Petroliam Nasional Bhd (Petronas) is expected to pay up over RM2 billion for the sales and services tax for the oil and gas to the State government by this month end, said Assistant Minister in the Chief Ministers Department (Law, State-Federal Relations and Project Monitoring) Datuk Sharifah Hasidah Sayeed Aman Ghazali.

She said the payment should be done soon, after the computation of the process which includes the penalty and interest.

“The wait will not be much longer, by end of September we should be done. On the exact amount, I’m not sure as it is still being computed,” she told reporters at the Surau Darul Nur Dini upgrading works completion event at Kampung Sungai Midin today.

Sharifah Hasidah, who is also Samariang assemblywoman, was confident the payment will be made soon.

In January last year, the Sarawak government imposed a 5 per cent sales tax on Petronas petroleum products under the states Sales Tax Ordinance 1998, which the latter refused to pay, citing it as unconstitutional. The state government then took legal action against it.

The Kuching High Court then ruled on March 13 that Sabah and Sarawak had the right under the Federal Constitution to impose sales tax on petroleum products.

He said the meeting would be held to get updates on what the working committee has achieved so far when met at the My Malaysia Day art exhibition here.

The committee had been set up to facilitate negotiations between the Sarawak and federal governments and it was co-chaired by Fadillah and Finance Minister Datuk Seri Tengku Zafrul Abdul Aziz, together with the Sarawak government and Petronas.

Meanwhile, Sharifah Hasidah said the surau upgrading works started a year ago with the cost of RM100,000 to upgrade the steps leading to it, roofing, awning and many more.

The surau was also given a RM10,000 grant to hold its activities and she hopes the management committee will manage the funds well to benefit the people.

“The GPS government has spent billions on projects for the people including in Kampung Sungai Midin. Some projects complete fast and some slow, so I hope that everyone understands and wait patiently. As this village has only been declared as an in-situ village not long ago, things will take time,” she said.

Sharifah Hasidah: Petronas expected to pay up over RM2 bln in SST by end of Sept Borneo Post Online.