Seven from Sibu stranded in Philippines arrive in Sibu 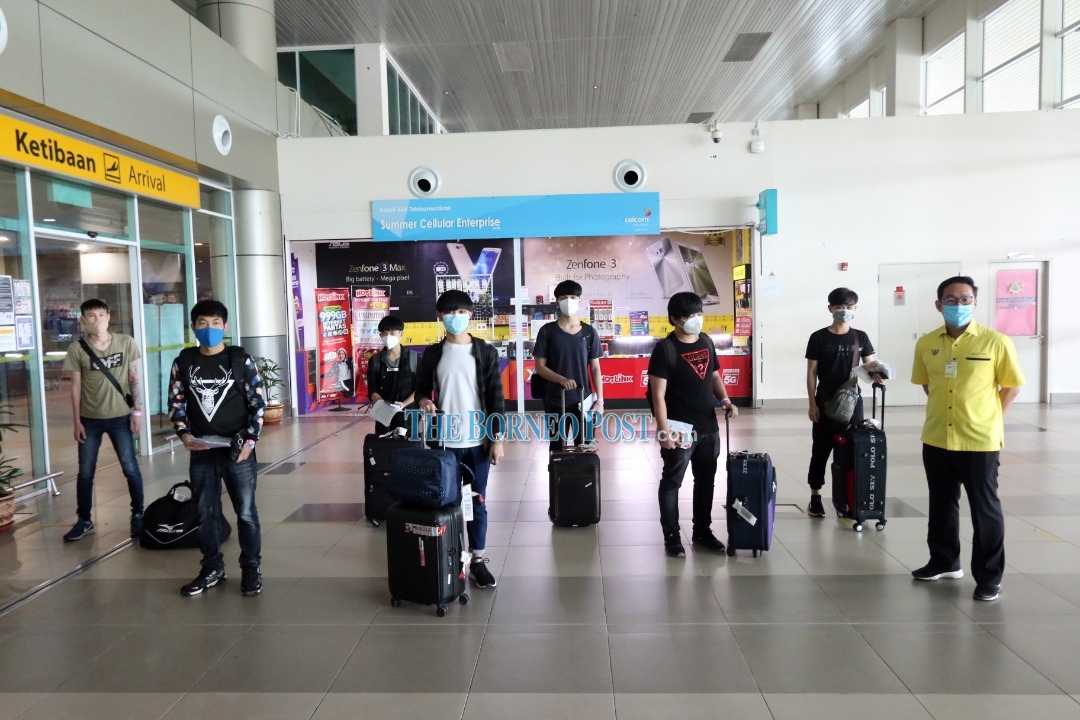 (From left) Kiung, Soon Le, Han Yuan, Tai An, Law, Jing Xiang, Li Zhang, and Tiang in a group photo upon their arrival at Sibu Airport.

SIBU: Seven men from Sibu who were stranded in the Philippines following the countrys lockdown to contain the spread of Covid-19 arrived in Sibu today.

They were welcomed upon their arrival by political secretary to the chief minister Michael Tiang.

Speaking to the press later, Tiang said these men were stranded at the Philippines for about three months.

They arrived Kuala Lumpur on June 23 evening and had undergone antigen tests in Kuala Lumpur, which all came back negative.

The accuracy of antigen test is over 80 per cent. When they come back to Sarawak, the Sarawak government requires them to go for another test called Polymerase Chain Reaction (PCR) test with the accuracy of over 90 per cent.

Today, they arrived Sibu and they will be quarantined at a hotel. On the second day of hotel quarantine, they will have their first PCR tests and if the results are negative, then they will be allowed to go home to continue their home quarantine, he explained.

Tiang said they would still need to undergo another PCR test on the 10th day after the PCR test conducted on the second day of hotel quarantine,

He said all those came back today bore their own flight expenses, adding that they were among the 183 Malaysians who were stranded in Manila, Philippines following the countrys lockdown.

One of the seven men Wong Tai An, 22, managed to contact a local Chinese press for help. The news was then brought to the attention of Assistant Minister of Tourism, Arts and Culture Datuk Sebastian Ting.

Efforts were then made by both the federal government and state government to bring them home after that.

According to Tai An, he was grateful to the government for helping them to return to Sibu safely after being stranded in Manila, Philippines for about three months.

Tai An said he went to Manila in November 2019 to work for a Chinese company there.

He resigned in March but could return home as Philippines was under lockdown.

For three months, I did not have work there. I asked for help from the Chinese newspapers in Miri and then one of the reporters contacted me, he said.

He added that he stayed at the workers hostel all this while.

Yong Jing Xiang, 23, said he bought tickets to return to Malaysia after resigning as a salesman in Philippines many times but all flights that he booked were cancelled.

I think the flight tickets that I bought have been canceled for three times. I am glad, finally on June 23, I managed to flight back to Malaysia and now back to Sibu, he added.