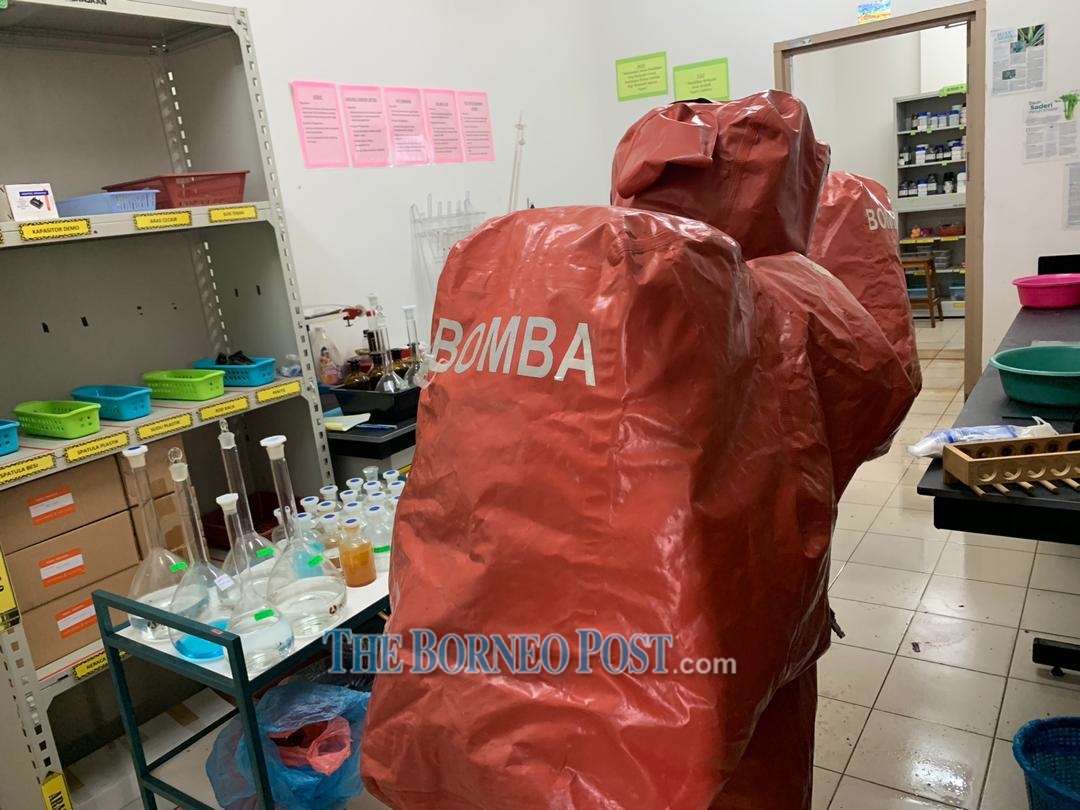 The Hazmat team ensuring that the scene was safe before concluding their operations.

KUCHING: A 40-year-old school lab assistant was rushed to the Sarawak General Hospital after she suffered burns to her lower back and waist from a concentrated sulfuric acid spill at SM Sains Kuching Utara, Matang here this morning.

The Fire and Rescue Department (Bomba) in a statement said that they received a call from the school regarding the sulfuric acid spill in the school’s lab storeroom at around 7.30am and quickly directed a team from the Hazardous Material Unit Team (Hazmat) to the scene. 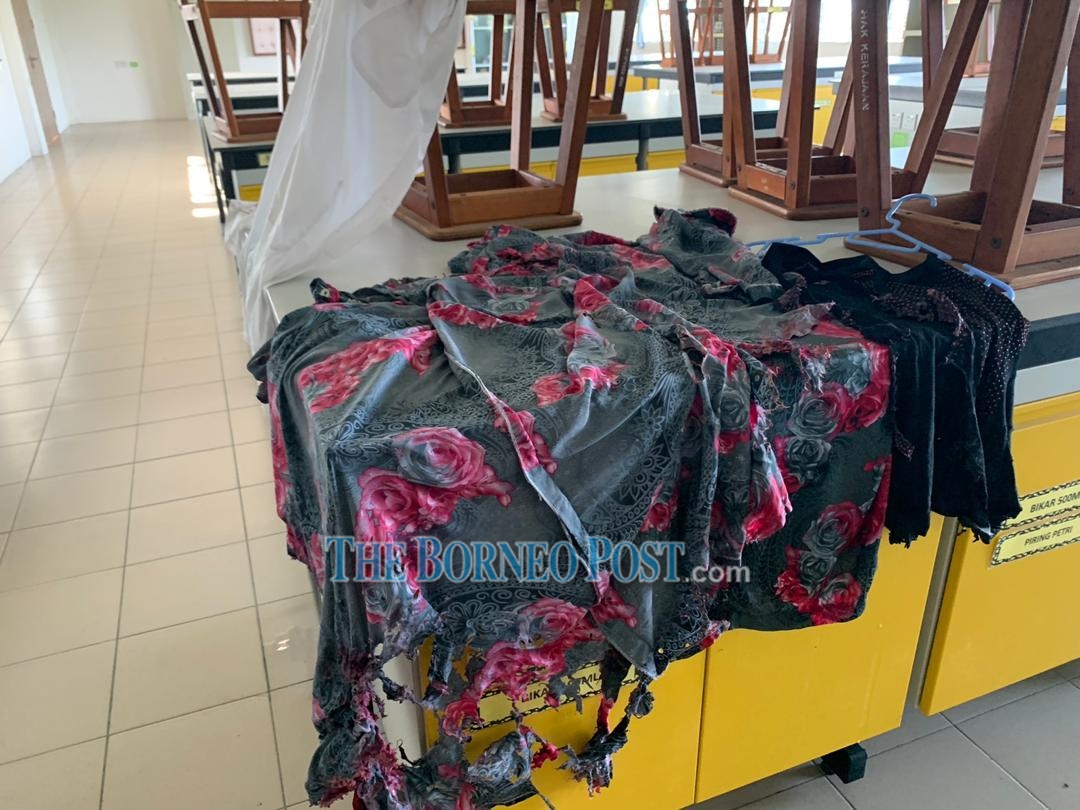 The condition of the victim’s clothes after the sulfuric acid spill.

“Upon arriving at the lab storeroom, the concentrated sulfuric acid of 98 per cent was still flowing. The lab assistant had been affected by the spill which caused burns to her lower back and waist.

“She was then rushed to the Sarawak General Hospital after she received emergency treatment at the scene,” the statement said.

The Bomba operation ended at 9.56am.