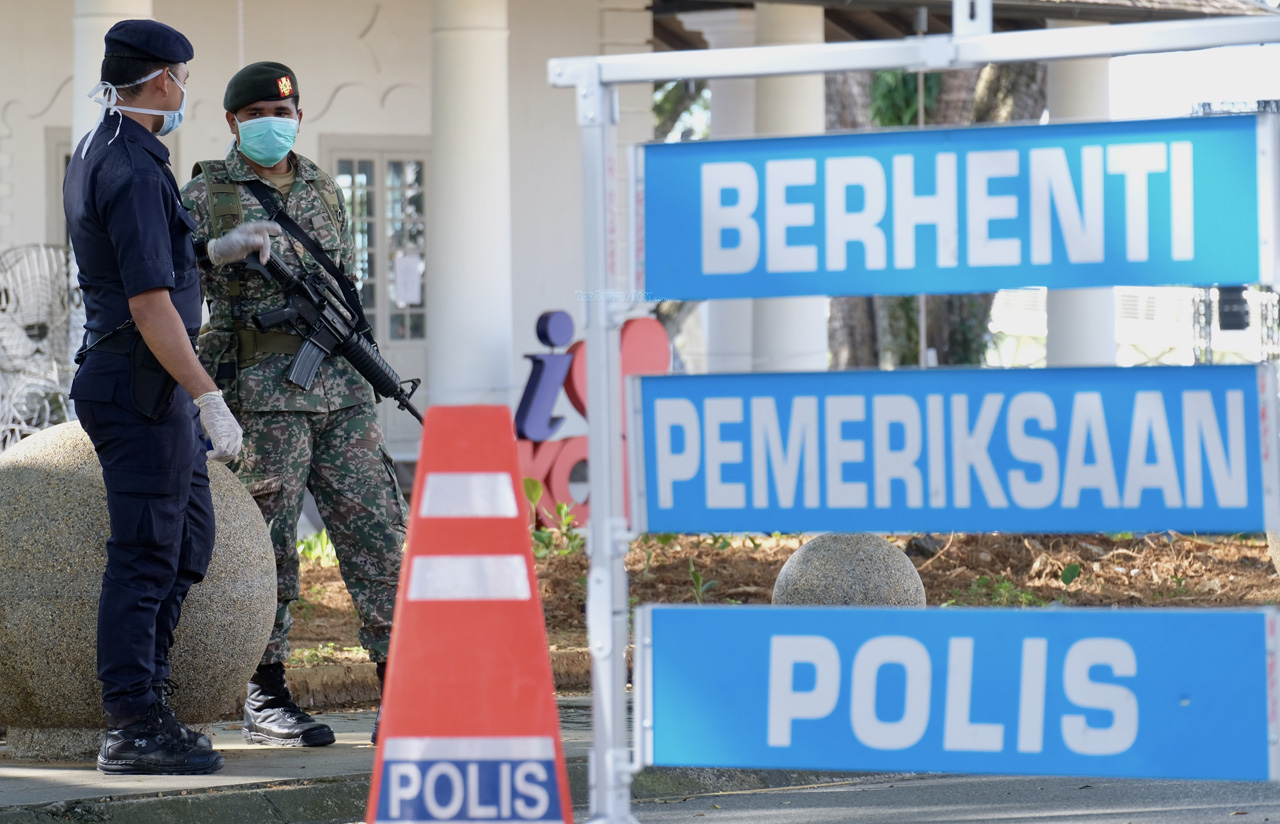 File photo showing a policeman and a soldier manning a road near the Old Courthouse. Photo by Muhammad Rais Sanusi

“It’s a nationwide thing… Yes, we are following,”said Uggah when prompted for confirmation tonight.

The MCO was initially slated to end on June 14.

Ismail Sabri said that the decision was made during a National Security Council special meeting chaired by Prime Minister Tan Sri Muhyiddin Yassin and based on a suggestion from the Ministry of Health (MoH).

This decision was made after taking into account the total daily new cases are still high above 5,000 a day with the average of new cases up to yesterday being 6,871, he said in a statement, regarding Covid-19 cases.

Ismail added that the standard operating procedures (SOPs) and list of allowed activities for factories, businesses and industries are the same as announced previously, and as can be found on theNSC website.

This latest MCO, or full lockdown, was implemented on June 1, after daily new Covid-19 cases soared past the 7,000 cases mark in late May.