Abg Jo: Sarawak election must be held to get fresh mandate 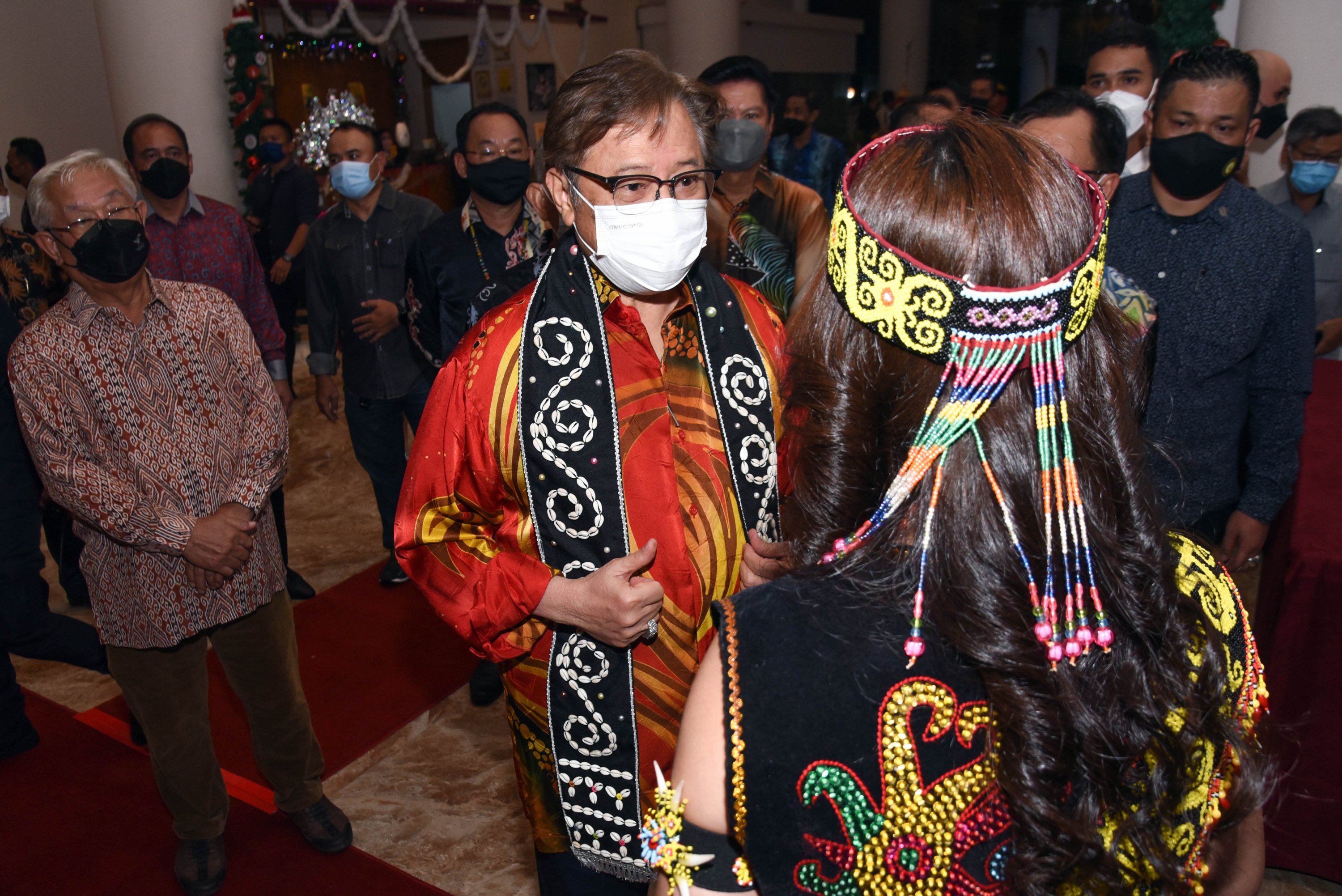 Abang Johari receives a memento upon his arrival. Looking on at left is Sikie. — Penerangan photo

The Chief Minister said this mandate is vital for GPS to have a strong basis to continue to pursue Sarawak’s rights.

He said GPS is not done in its fight to gain the state’s rights under Article 112 of the Federal Constitution.

“We have succeeded in rights to impose sales tax on petroleum products. There are a few more to be pursued.

“But without the people’s mandate, what do I fight for?

“Therefore, my friends and I in GPS need a strong mandate from the people in this election so we can continue to pursue this matter,” he said when officiating at a gathering with the Bintulu community last night.

Abang Johari said the state governments mandate ended in June 2021 but the state election was postponed due to the Emergency proclamation from Aug 2, 2021 to Feb 2, 2022 by the Yang di-Pertuan Agong in a bid to combat Covid-19.

He said when the Emergency was lifted on Nov 3 this year, the State Legislative Assembly was automatically dissolved to pave the way for the election.

“But the strange thing is the Opposition wanted the state election to be postponed.

“In other states the Opposition were the ones eager to have elections.

Abang Johari also said he is confident the federal government would come up with a formula relating to special annual grants for Sabah and Sarawak.

The grants are entitlements for both states as stipulated under Article 112D of the Federal Constitution.

“The federal government must be fair and they should give back whatever amount they have collected from the state.

“They collected stamp duty which is our right, our land. If there are no property purchase transactions, they will not be able to collect stamp duties,” he said.

He pointed out that during Pakatan Harapans (PH) tenure, Sarawak was denied the special grants.

“Then the finance minister wanted to give us an RM16 million special grant and also RM32 million. But I told him on what basis they want to give us … there must be a formula.

“Sarawakians are not chickens for them to feed just like that. Up until today they still cannot provide us with the formula,” he added.