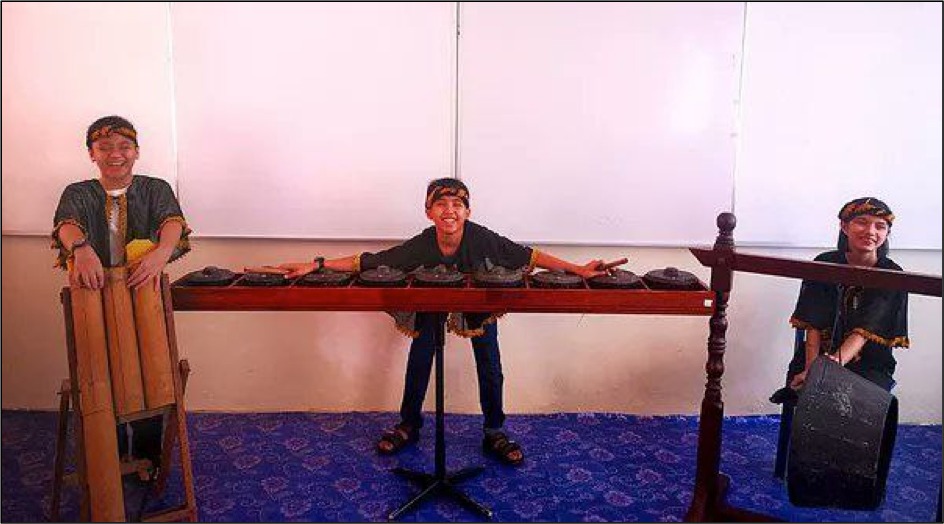 The Trio: John, Putra and Kimberly

This is the motto of 29-year-old Stefanus Lucas, a music teacher who had just inspired his special needs students to win the recent USA World Music International Competition.

Initially, they planned to record four songs but could only managed to record one due to the Covid-19 restrictions.

Nevertheless, their rendition of the traditional song, Lenggang Kangkung, was enough to woo the judges.

Kimberly plays the Gong while her classmates, John plays the bamboo drum and Putra plays the Kulintangan.

One of them is blind and the other two have impaired vision. They learned how to play by ear. I would show them how to play and then they would practice it at home, Stefanus told The Borneo Post.

When our school was still open, the students would not only practice during school days but they would also come to school during the weekends, he added.

He said that his students own passion for music made their success possible.

I would always tell them that they could achieve excellence just like other people even though they have disabilities. I challenged them to be better than others.

In the end, they proved that they can, he said. 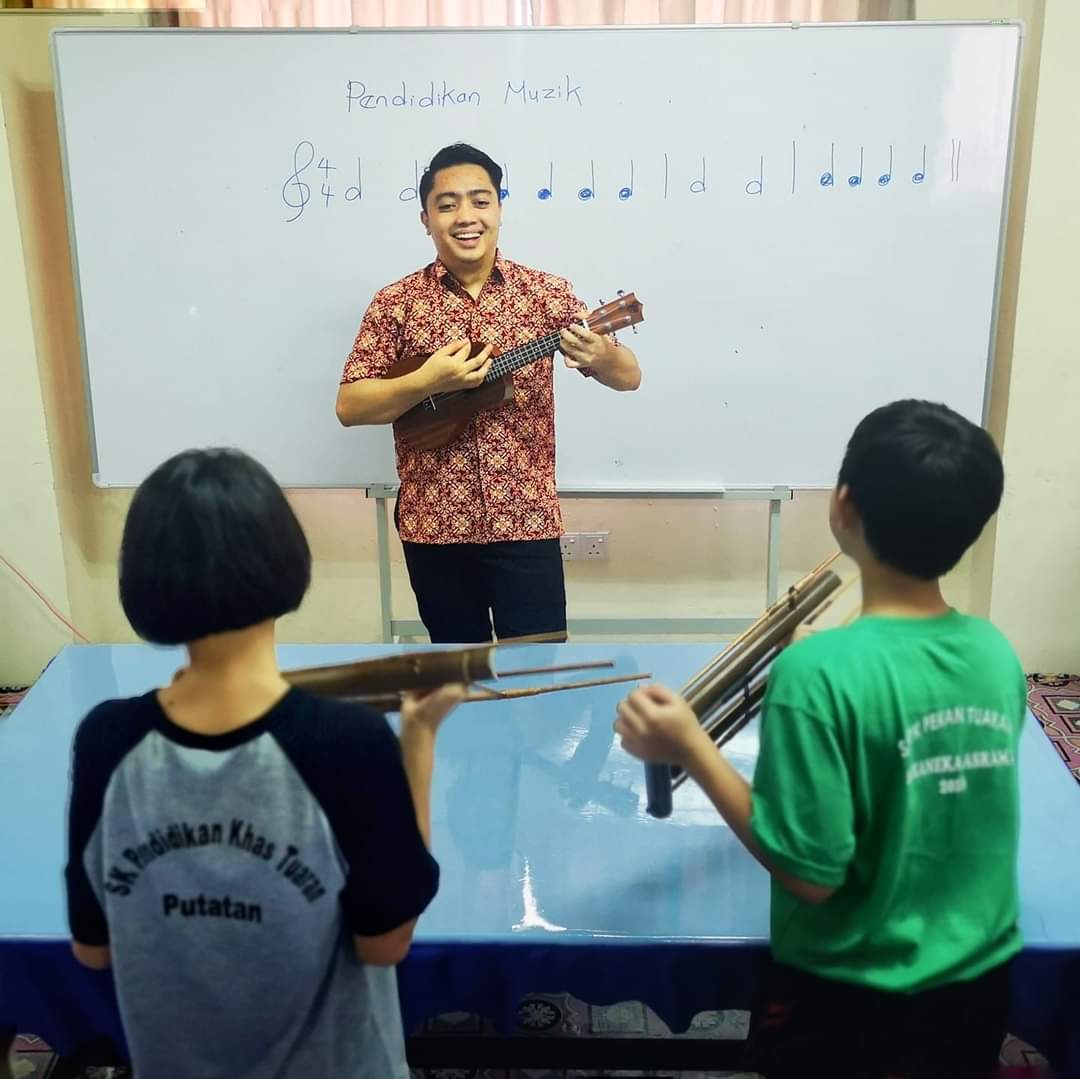 Stefanus applies the fun learning concept in his class to teach his special needs students.

Stefanus applies the fun learning concept and a few other very unique teaching methods in his classes.

He uses egg trays and toys to teach his students the musical notes and elements.

He also uses cerita rakyat (folklore) such as Huminodun and Puteri Gunung Ledang to help his students understand his lessons. This idea even earned him a RM10,000 grant from an international music body.

On top of that, Stefanus is currently working in a project called Suara Kami (Our Voice), where he trains his students to present the history of the Malaysian musical instruments to other people.

Just recently my students presented the Malaysian instruments to this group of teachers from Indonesia, he added.

They also recently won the Silver Award in the recent XI World Championship of Folklore 2021, a competition that is based in Bulgaria.