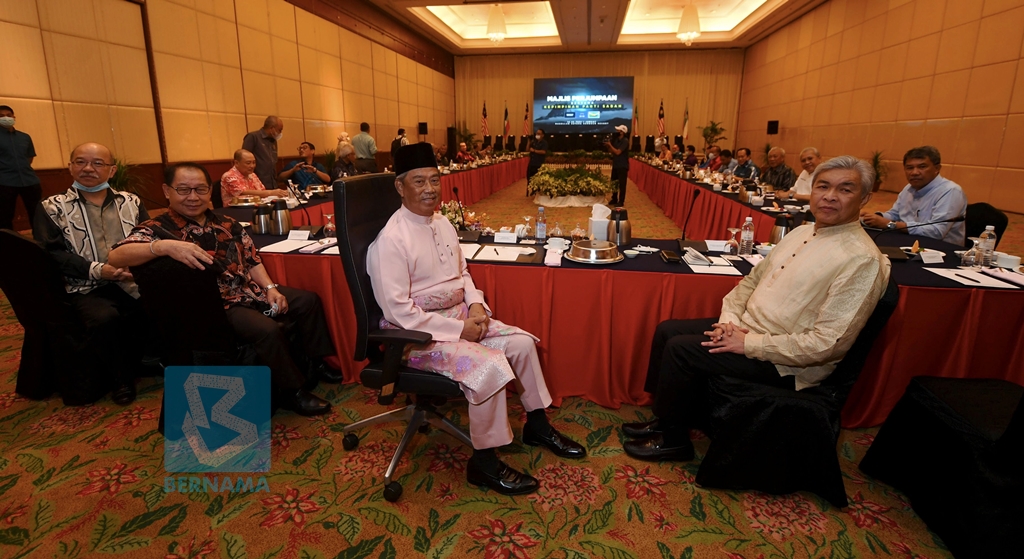 The parties have agreed to forge solidarity in facing the election as a team, he said.

“The parties announced their candidates yesterday and it seems there are bound to be clashes among ourselves. This will be resolved as soon as possible, he told reporters.

Earlier, Ahmad Zahid had attended a meeting of over 20 leaders from BN, PN and PBS with Prime Minister and Bersatu president Tan Sri Muhyiddin Yassin at a hotel here.

After the announcement of candidates by BN and PN yesterday, the media found out that the two coalitions had each named candidates for three constituencies, namely Paginatan, Tulid and Sook.

Ahmad Zahid also said that the parties agreed to launch a common Aku Janji manifesto on Malaysia Day on Sept 16 to make known what the coalitions can offer the people of Sabah should they win the election.

The Aku Janji is a new offer for Sabah, he said.

He also said that all the parties concerned will coordinate their activities to enable the campaign to be carried out smoothly.

Meanwhile, STAR president Datuk Dr Jeffrey Kitingan said a takeaway of the meeting is the decision to set up a coordinating committee to face the election.

He said this was welcomed by all present so as to strengthen cooperation among the parties with the agenda of winning the election.

His (PM Muhyiddin’s) message has inspired us to cooperate and ensure victory, he said. — BERNAMA