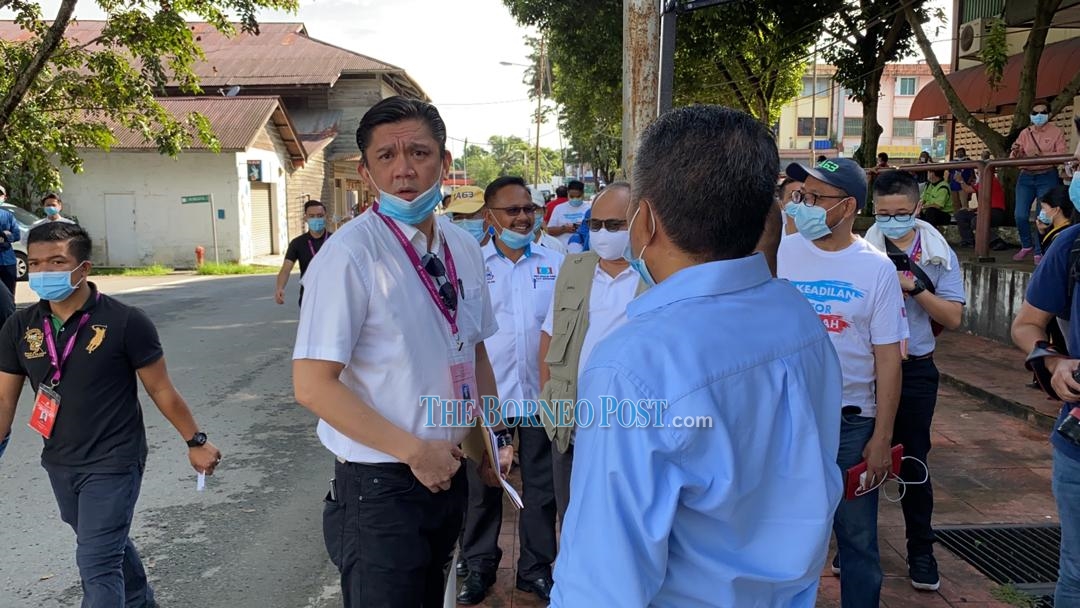 Chua arriving at the nomination centre this morning.

KOTA KINABALU (Sept 12): Inanam has turned out to be the one of the most hotly contested seats in Sabahs in the 16th state election with 10 candidates, including a former chief minister, vying for votes.

In the fray are incumbent Kenny Chua who is contesting as an Independent after winning the seat as a Parti Keadilan Rakyat (PKR) candidate, and former Chief Minister Tan Sri Chong Kah Kiat, who will be standing under the Liberal Democratic Party symbol.

Chua, who won the seat with a 7,783-vote majority in 2018, said he had negotiated with PBS to defend the seat.

But PBS reneged on what was discussed leaving me no choice but to contest as an independent, said Chua.

He is undaunted by the fact that he is facing nine opponents and stressed that it will be a fight to the end in order to defend the seat.

He added that he is an independent candidate who is Perikatan Nasional (PN) friendly.