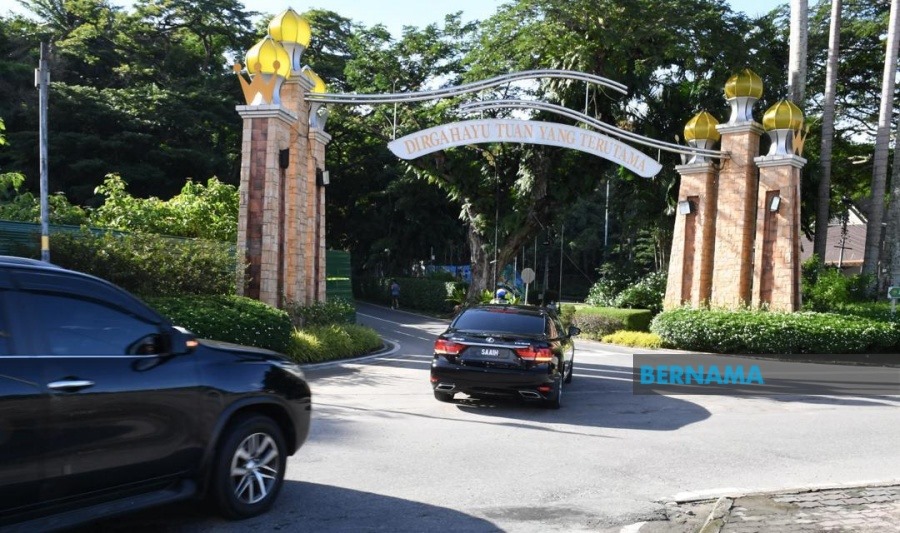 Shafie’s entourage is seen entering the Istana Negeri to have an audience with the Sabah Head of State Tun Juhar Mahiruddin. – Bernama photo

At 8,20 am, Sabah Chief MinisterDatuk Seri Mohd Shafie Apdal was seen entering Istana Negeri in a convoy of cars.

The convoy was then seen leaving Istana Negeri at about 9 am.

Security was extremely tightat the entrances to Istana Negeri and reporters were not allowed to get near.

Mohd Shafie is scheduled to hold a press conference at 10 am today at the State Government Administrative Centre here.

Musa, at his press conference, had stated that he would be having an audience with Tun Juhar soon to hand over statutory declarations from the assemblymen who are are backing him. – Bernama