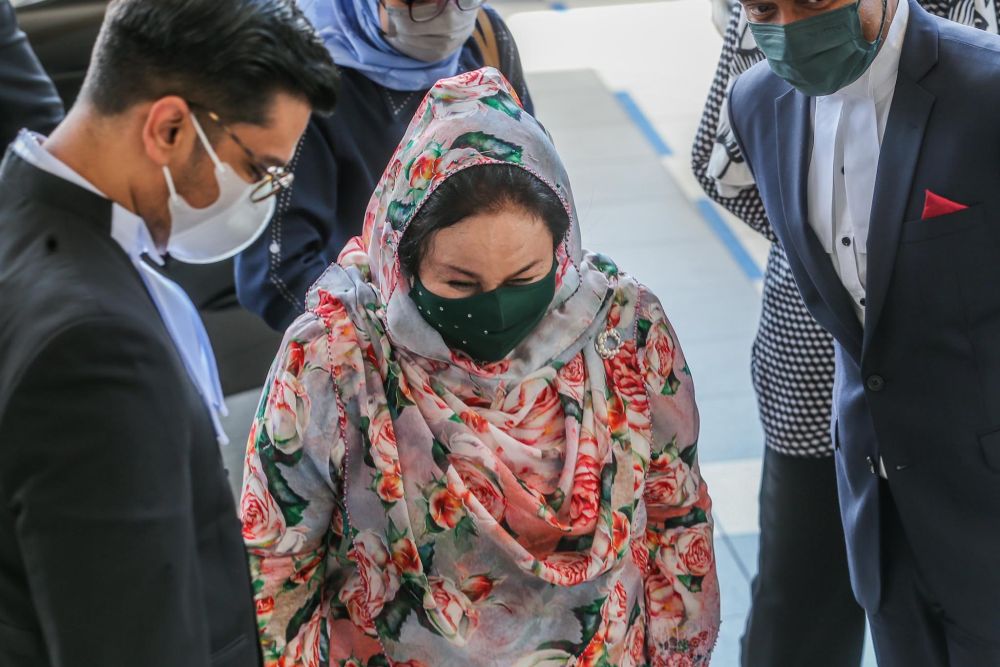 KUALA LUMPUR (Jan 12): The hearing for Datin Seri Rosmah Mansors RM7 million money laundering trial at the High Court today failed to proceed as scheduled after she made an eleventh-hour bid to disqualify Datuk Seri Gopal Sri Ram to lead the prosecution in the case.

Prior to the commencement of the trial, Rosmahs lawyer Datuk Firoz Hussien Ahmad Jamaluddin informed the court that his client had written to the attorney general to request a copy of Sri Rams fiat (letter of appointment) to be produced before them.

In reply, Sri Ram said he was currently in possession a copy of the fiat, which he had similarly tendered to the court in Rosmahs RM1.25 billion solar project trial previously, before handing it over to the defence.

Following a short recess to allow the defence to peruse the document, Rosmahs lawyer argued that Sri Rams letter of appointment did not specifically state the authority given to Sri Ram to take on this case as the lead prosecutor.

Firoz Hussien pointed out that the letter only said that Sri Ram was authorised to conduct the criminal prosecution in Rosmahs solar project trial and not todays money laundering case.

This prompted Sri Ram to respond that his appointment was validly made under Section 376 of the Criminal Procedure Code.

The application was filed at 5pm on January 11.

Rosmah is facing 12 money laundering charges involving RM7,097,750 and five counts of failing to declare her income to the Inland Revenue Board. – MalayMail