The policewomen check on the mother and baby in the car.

KUCHING (June 11): Two policewomen on duty at a road in Samarahan last night ended up assisting a mother to deliver a baby girl in her car.

Kota Samarahan police chief DSP Sudirman Kram said L/Cpl Fatihah and Cpl Perakson were on duty at the Kuching-Samarahan Expressway road around 11.50pm when they saw a car speeding towards them from the oncoming lane.

“Initially the car was heading to the Sarawak General Hospital from Semera Ulu, Asajaya when the husband suddenly made a u-turn at the traffic lights and drove straight towards the road,” said Sudirman.

He said the woman’s husband was panicking and made the decision to head to the road for assistance.

When he reached the road, the two policewomen realised that his wife was already in labour.

“It was at the road when Fatihah helped to deliver the baby and managed to free her neck, which was caught by the tangled umbilical cord with help from Perakson,” said Sudirman.

After freeing the healthy baby girl, they wrapped her in a clean towel. 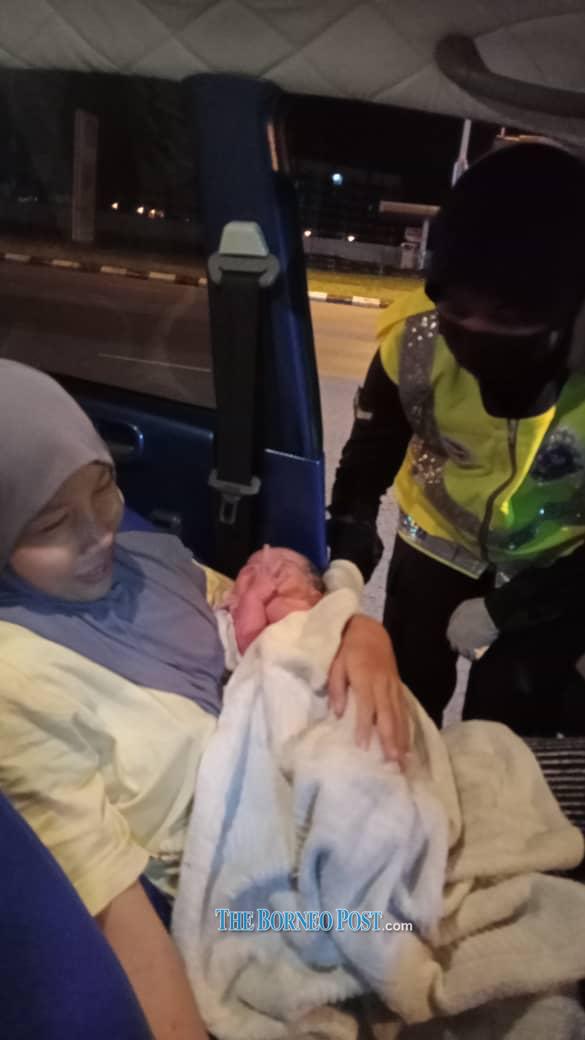 Both the mother and healthy baby girl were later brought to the hospital in an ambulance.

“A few seconds later, the baby gave a loud cry, which saw everyone present heaving a sigh of relief at a job well done,” Sudirman added.

Both mother and baby were later brought to Sarawak General Hospital in an ambulance.